Atomic’s Backland FR series are almost literally the definition of ‘hike and ride’ skis – that is, skis designed to be light enough to take on short hikes up to medium-length day tours to access the goods, but still optimised for the downhill so you can shred the turns you’ve earned.

Their freeride pedigree is beyond doubt: the Backlands originally started out in life as the Automatic, Sage Cattabriga-Alosa’s pro model (if you don’t know, he’s the guy shredding the gnarly Alaskan spines in most of the TGR movies).

From that platform Atomic lightened them up with a new poplar and caruba wood core, then added a carbon backbone running the full length of the ski to beef up the flex and improve stability on harder snow. The result is a ski that doesn’t tire the legs on the skin track but still inspires confidence on the way down even when the snow gets funky. 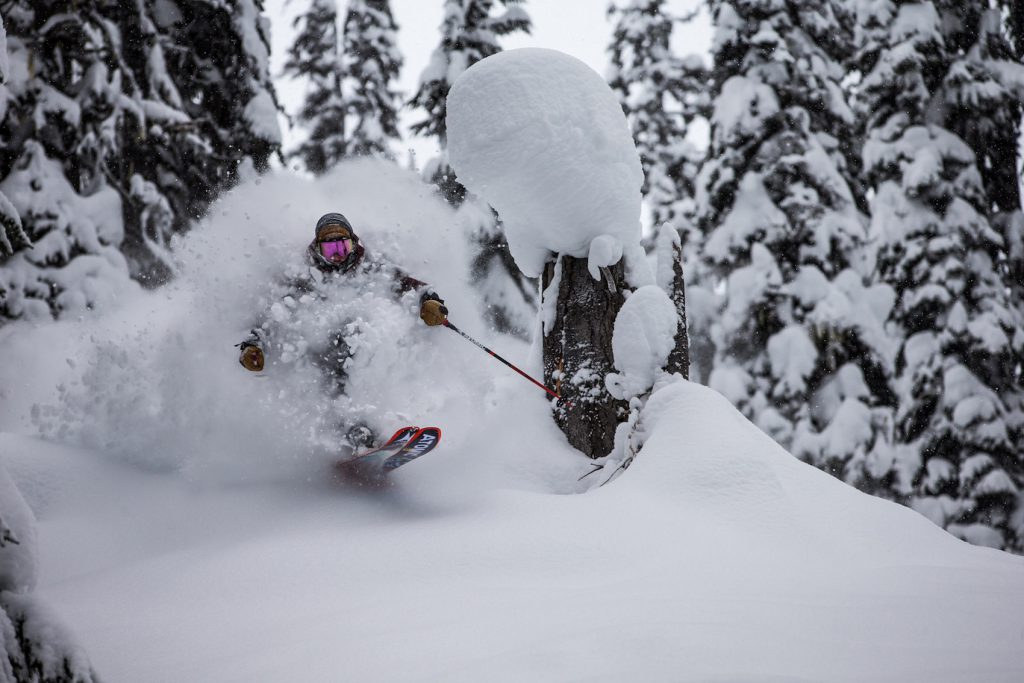 The Atomic Backland FRs also come in 117 and 109mm waist widths (the even more lightweight Backland ULs are skinnier and shorter for the gram counters/lycra enthusiasts), but we feel the 102 offers plenty of float in powder with the 20/70/10 rocker/camber/rocker profile with significantly better hard snow performance.

Sometimes when you’re out in the backcountry you just can’t know what conditions on your descent will be like until you drop in, and the Backland 102’s pronounced underfoot camber and step down sidewalls hold a solid edge on even the sketchiest and most wind-scoured couloir entrances.

However if you only tour for powder it’s worth checking out the 117 and 109 – the addition of Atomic’s ‘HRZN tech’ (stands for horizon – basically a convex spoon shape across the base of the ski) adds an extra level of surfy slarvy fun in the soft stuff, though this does come at the expense of some edge grip.

The Backland’s downhill performance is certainly enough that they aren’t limited to the skin track – they make a legitimate resort powder ski too. Mounted with a frame touring binding they could easily cover the powder slot in your quiver while also working well for hikes up to 2-3 hours long; yet mount them with a lighter and more efficient pin tech binding and they transform into the perfect touring ski for longer day or even hut-to-hut hiking missions when committing terrain is on the menu.