From rotating cars right down to Chilean slingshots, here’s seven of the most interesting ski lifts around 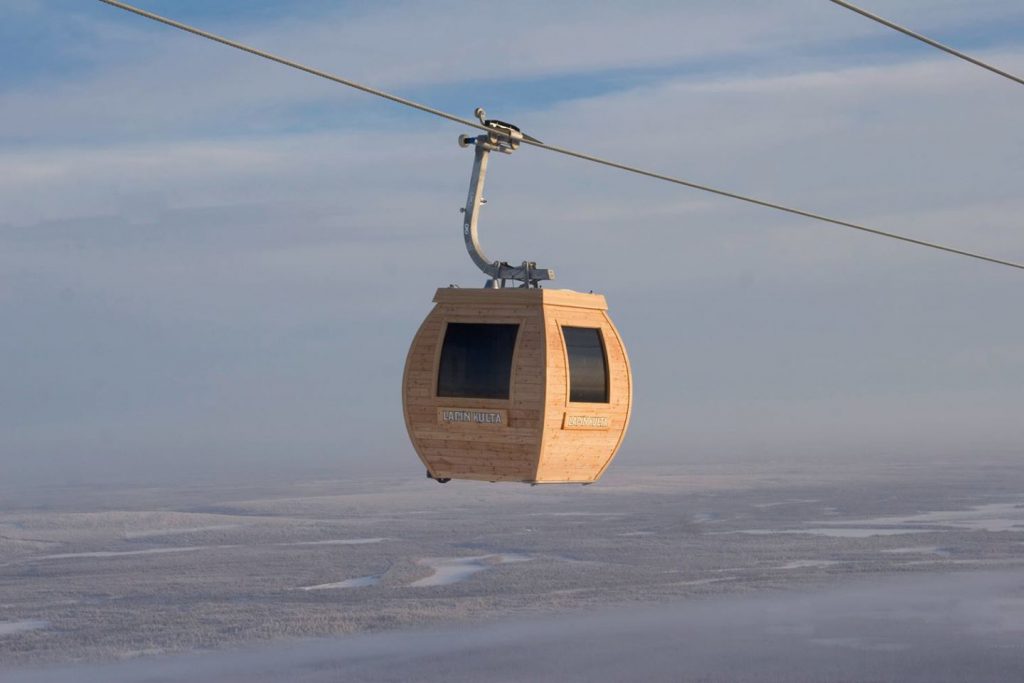 Finland takes the sauna to the next level |www.yllas.fi

This is what innovation looks like people! A gondola cabin which doubles as a sauna. The only one (we think) of its kind, the Sauna Gondola in Ylläs takes a 20 minute trip from the top of the station, down and back up again. It can be hired for groups of up to 12 (3 x 4 person trips) for €1,500 (including use of the regular sauna at the top of the gondola).

Apologies for the incredibly low-res film folks — sadly, decent images of this half ski lift/half roller coaster are hard to come by as it was dismantled in the 1980s. Built for Cranmore resort by New Hampshire local George Morton in 1939, the Skimobile was the only lift of its kind made with two trestles, though there was a similar lift in Homestead, Virginia.

Quite possibly the love child of a button lift, t-bar and high speed quad, this is one of four va et vient lifts (French for ‘comes and goes’) in the resort. With no poles or towers, the cable is anchored to the rock face above, and the lift zooms you up at breakneck speed. But fear not, hotels give you a 10-step pamphlet on how to ride one on arrival in Portillo. 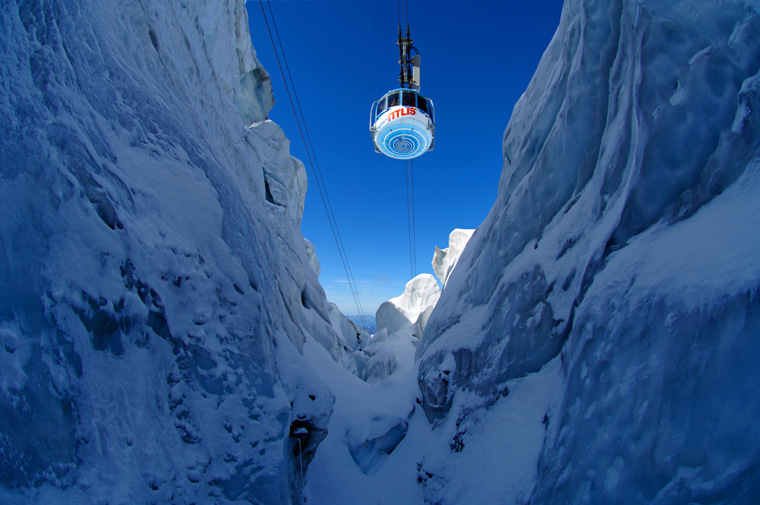 Engelberg’s lift company have clearly cottoned on to the fact they have some of the best alpine scenery around, and built a fully rotating gondola so guest can enjoy the panoramic views. Starting at the middle station, the cabin rotates a full 360° during the five minute journey to the summit, unveiling crevasses, rock faces and snowy peaks on the way. 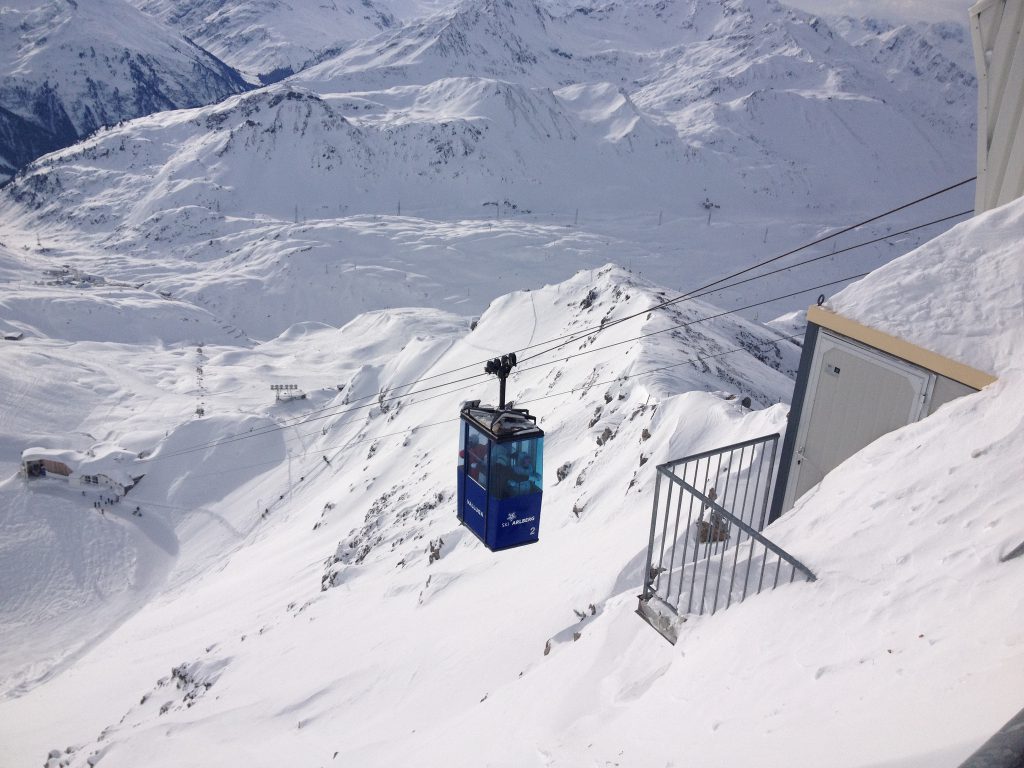 Only five people can squeeze into this tiny, phone box-sized lift. Connecting the Valluga I lift with the Valluga peak at 2811m, skiers are only allowed to board the lift with a guide, which should give you some indication of the skiing it leads to; think ladders, no-fall zones and 2m wide couloirs. 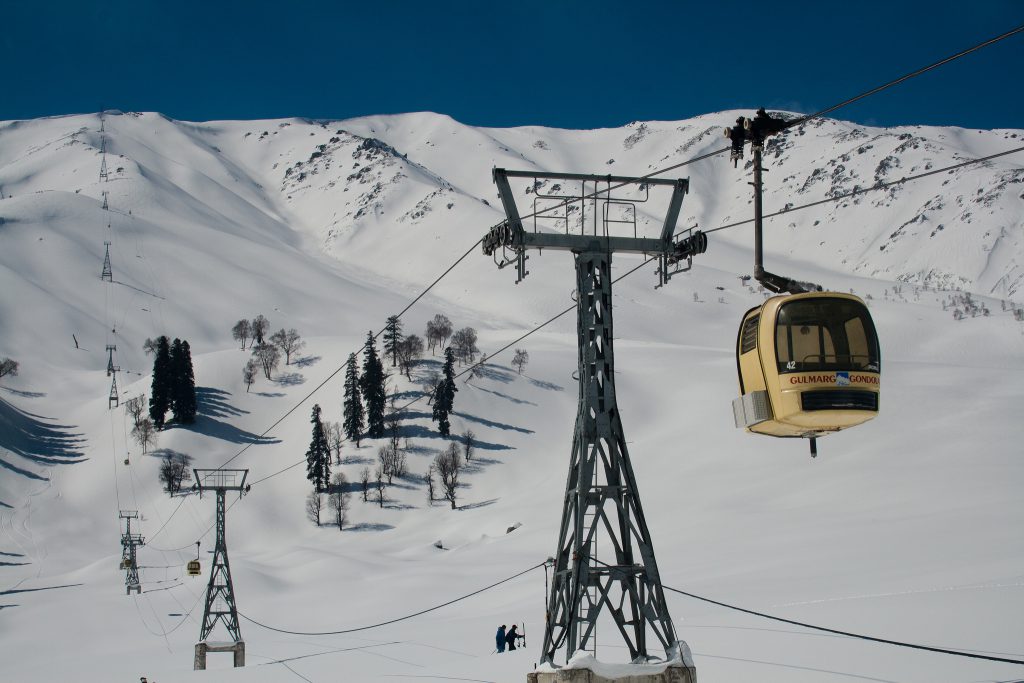 This makes the list on stats alone. Opened in 2005, it’s the world’s highest ski lift (La Paz’s urban cable car is higher, but not skiable), topping out at a lofty 3747m  above sea level, just under Afarwat Peak (4200m) . The lift itself is an engineering feat, with two sections transporting skiers up 6.3km of ropeways to access 2200m of vertical riding.

Single chairlifts are an increasingly rare sight, but this one in Niseko is even more antiquated (and alarming) than most. With just a single plank to support your back and no safety bar in sight, it’s a case of cling on for your life. But if you do fall you’ll probably just land on a pile of the 15m snow that the region gets annually, which we expect is exactly what they said in their health and safety report…