South Korea’s weather forecasters must have breathed a huge sigh of relief when today dawned sunny, cold and windless: perfect conditions for the rescheduled men’s Alpine Downhill and women’s Giant Slalom as well as a thrilling men’s Snowboard Cross.

Alpine fans enjoyed a double dose of magic this morning as the world’s best male and female skiers vied for Olympic glory in dream conditions. Norway’s Aksel Lund Svindal (feature image), who has been plagued by injury over the past two years, put down a storming run on a course that had many of the big medal hopes (Hannes Reichelt, Christof Innerhofer and Aleksander Aamodt Kilde) failing to even finish in the top ten. His teammate, Kjetil Jansrud, came in close second, while the Swiss World Champion Beat Feuz took bronze. The win makes Svindal the oldest Olympic Alpine skiing champion (at the ripe old age of 35) and signifies, as he said:

“the beginning of the end somehow; I’m guessing this is definitely my last Olympics. Nothing is 100% sure but that’s very, very close to being 100% sure.”

What a day! Thanks for all support. You’re awesome! ☺. I was dreaming of this, but almost didn’t dare to think about it… 📸@ntb_scanpix

At the other end of the spectrum, the 22-year-old American star Mikaela Shiffrin is at the beginning of her journey, winning her first Olympic gold in this morning’s Giant Slalom. Despite pulling out of tomorrow’s Super G, Shiffrin is gunning for a record four medals at the Games, competing in the Downhill, Combined and Slalom. As her Mum and coach, Eileen, told USA Today: “She will have raced and trained – or tried to race – for six days in a row. She has to have a day off.” And we all know that Mums are always right.

Unfortunately, Team GB hopeful Alex Tilley pushed a bit too hard on her Giant Slalom run and crashed out midway. “I’m happy to finally compete at the Olympics but I’m really disappointed with the result,” said the young Scot. “It was a rookie error but you’ve got to take risks. I’ll go into the Slalom and just try to enjoy the experience.”

If you watch one thing on catch-up (other than the Men’s Downhill), check out the Men’s Snowboard Cross final. Always an eye-popping one to watch, the gold medal was fully up for grabs after reigning Olympic champion, Pierre Vaultier got taken out by a massive pile-up during the semi-final, and only just secured the final qualification spot. We’ll keep the suspense for you and not reveal who eventually scooped the gold! 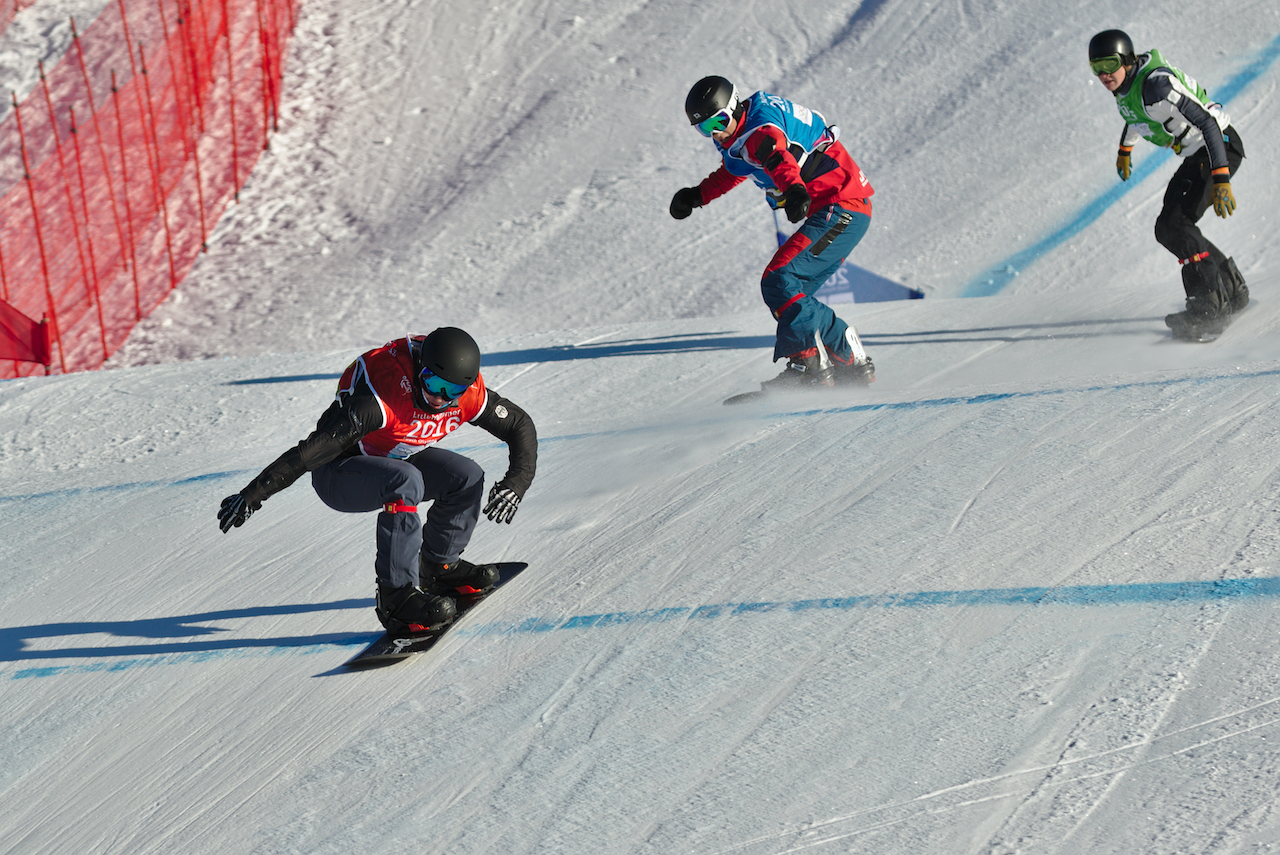 Off the snow and on the ice, our skeleton man, Dom Parsons, has every reason to be confident for the Men’s Skeleton final tomorrow. Currently in fourth position at the halfway stage with “a little bit more in the bag”, he’d make British history by winning a medal in the discipline. Watch the third and final runs tomorrow at 00.30 and 02.15 GMT.

What else to look out for tomorrow?

Although he already made history last Sunday with the best ever Olympic cross-country performance by a Briton (finishing seventh in the Skiathlon), Andrew “Muzzy” Musgrave is looking to improve on that in his favourite discipline, the Men’s 15km Free at 06.00 GMT. Before Muzzy takes to the stage, veteran Olympian Zoë Gillings-Brier will be representing Team GB in the Women’s Snowboard Cross qualifiers and elimination rounds (01.00 and 03.15 GMT), and Alex Tilley and Charlie Guest will be competing in the Women’s Alpine Slalom (01.00 and 04.15 GMT).