Famous names and skiing go together like a hand in a mitten; indeed so many are infesting the slopes these days that your chances of riding a chair lift next to one have never been higher. But where to go in Europe to encounter – or avoid – a celeb? 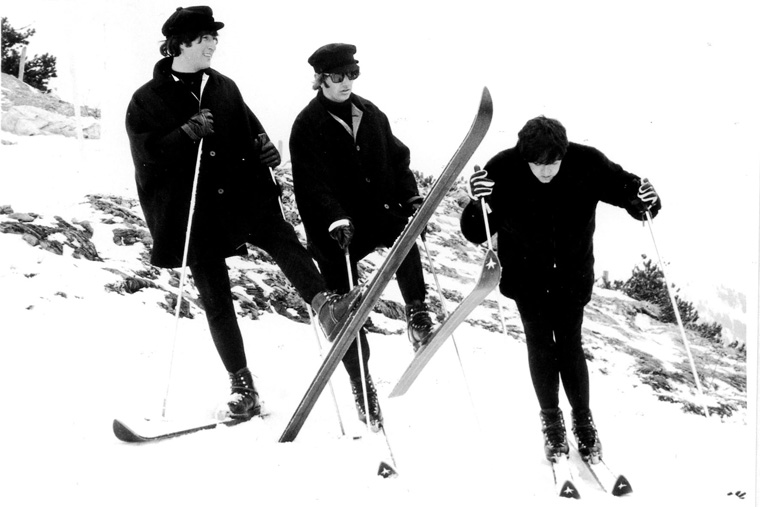 The Beatles filming in Obertauern, Austria, for “Help!”

Since The Beatles fell about on the snow of Obertauern in Austria 50 years ago while filming their movie Help!, or indeed George Michael and Andrew Ridgeley threw snowballs in Saas Fee making the video to Last Christmas30 years ago (both resorts have celebratory events this season), musicians have flocked to the Alps.

Liam Gallagher has been spotted in Champéry, Switzerland, and Phil Collins, Vanessa-Mae and Frida Lyngstad from Abba have homes in Zermatt.

Ischgl forks out to have A-list musicians sing at the start and end of the season, so perhaps you’ll see him/her on the slopes next day. The list gets ever longer but Kylie, Elton, Robbie, Pink, Rhianna and various other stars famous enough to need only one name have played the Top of the Mountain Concert. James Blunt was last up, opening the season at the end of November. 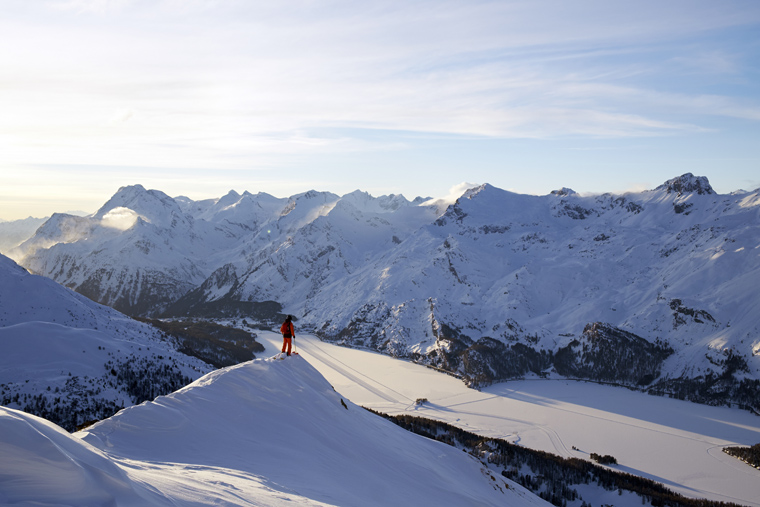 Your best bet for meeting big-name movie stars is to head over the Atlantic to resorts such as Aspen and Sun Valley, but sticking as we are with the Alps, St Moritz is the Euro-equivalent.

Charlie Chaplin led the charge to the chic Swiss resort decades ago, using a car with cat tracks instead of rear wheels. Then Alfred Hitchcock took a suite at the Palace Hotel, returning annually with his wife for some 50 years. Current A-listers known to be regulars include John Travolta and Robert de Niro.

Crans Montana’s high-profile fans include Roger Moore, who relocated there from Gstaad. Perhaps he was tired of the Hollywood crowd: Gstaad is famous for them, particularly at its Palace Hotel, where Sophia Loren used to maintain a suite.

You’re a bit late to meet them, but you can stay in the suites occupied by Peter Sellers and Frank Sinatra in the Cristallo Hotel if you visit Cortina d’Ampezzo in Italy. The backstory to Sinatra’s suite is that when he arrived he sent for a large plate of eggs. An egg fight ensued and the room had to be redecorated. Crazy days.

British Hollywood stars are harder to spot and there have been few reported sightings of Emma Watson in Méribel since she bought a £1m chalet there six years ago upon turning 18 and coming into her Harry Potter movies fortune. 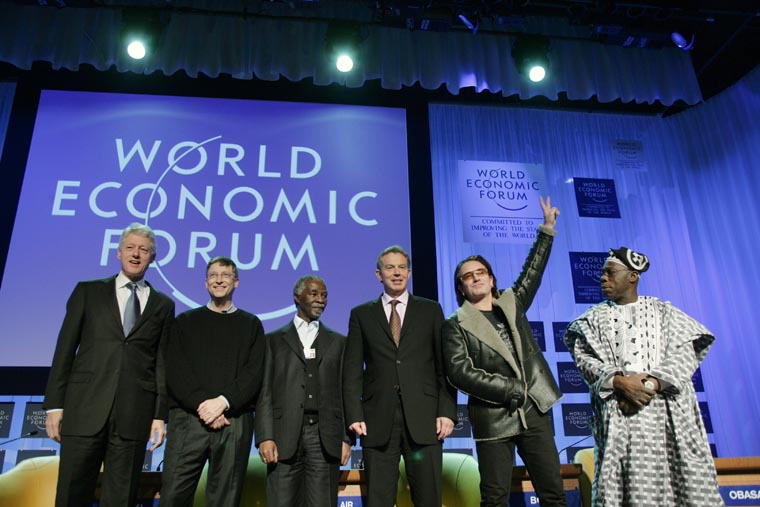 Davos, Switzerland – where you’re most likely to spot the world’s most powerful. And Bono. | World Economic Forum/swiss-image.ch

The celebrities we’re most likely to avoid? Maybe, but if you feel the need to throw an egg at one on the piste (and I would definitely not recommend that), then Davos is the place to be in January (21-24 in 2015) for the annual World Economic Forum, which draws the best presidents and prime ministers the world can muster, along with thousands of lesser power brokers.

Otherwise there’s a good chance you’ll run in to them in Verbier. 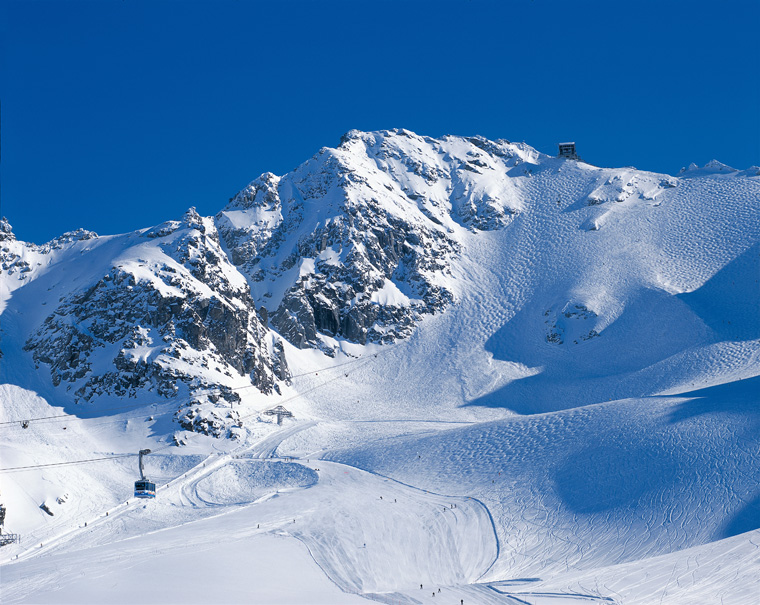 The Beckhams are big fans of Verbier| Christof Sonderegger, swissimages.ch

These global superstars transcend the crude categorisation I have attempted. None more so than sporting/musical/fashionable duo, David and Victoria Beckham, whose skiing exploits have been drawing gasps in the gossip pages for over a decade. Inevitably drawn to Verbier, they also pop up in the Three Valleys, but my favourite was when they took the kids to the indoor slopes of The Snow Centre in Hemel Hempstead – demonstrating they actually like skiing, not just the glam.

Usain Bolt is not thought to have made it on to skis yet but he did meet Italian downhill racing stars in Rome in the summer of 2013. These included Christof Innerhofer, who reaches nearly 100mph on the World Cup circuit, and world speed skiing record holder Simone Origone (over 156mph). Origone reportedly invited Bolt to try skiing, but he said no, it was too cold. 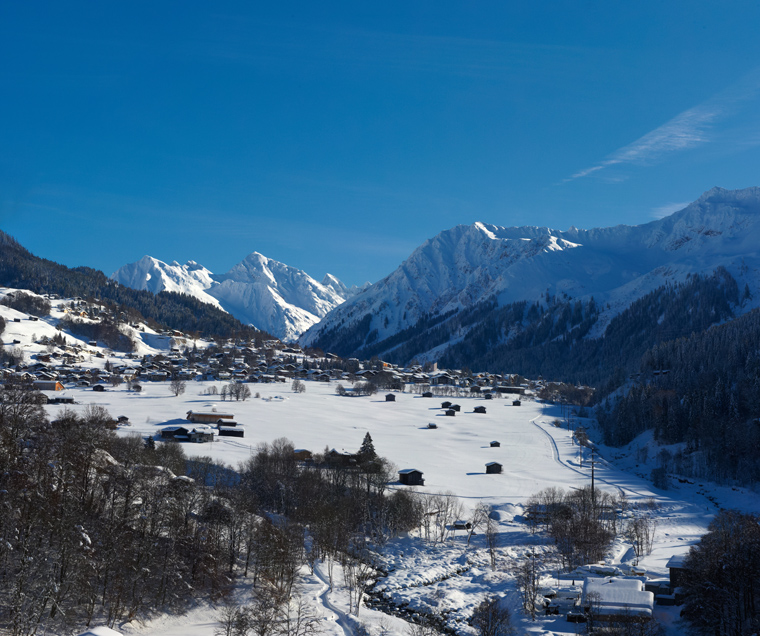 Skiing is practically a royal duty, and most of Europe’s royal families decamp to the Alps each winter. Indeed in years gone by royals took a direct role in developing ski areas in their countries – the late Shah in Iran; the Spanish king who still has a ‘royal enclave’ named after him in Baqueira Beret; King Hussein of Jordan, who reportedly had a dry slope built in his palace.

St Moritz is a favourite with many, particularly the Swedish royals, and Lech-Zürs draws many, including the royals of Monaco, and, with recent tragic consequences, the Netherlands (Prince Johan Friso was buried by an avalanche in 2012 and died 18 months later from his injuries).

Although Klosters has a longstanding association with the British royal family, and particularly Prince Charles, the new generation, specifically William and Kate, have been spotted trending towards more mainstream British favourites Méribel and Verbier.

Kudos, though, to Prince Harry, who whisked girlfriend Cressida Bonas off to the revamped ex-Soviet ski area of Shymbulak in Kazakhstan at the end of last season, staying one (huge) step ahead of most Western media, who were reduced to posting ‘Harry and Cressida in Verbier earlier this season’ pictures, having failed to snap any in Kazakhstan. FL