Tim and Shannon Phillis – aka YogatonicUK– are a pair of ski-mad yoga teachers who have produced a six-week programme of videos, including yoga, cardio conditioning and meditation, aimed squarely at skiers and snowboarders.

Tim and Shannon are offering Fall-Line readers a FREE 1 WEEK TASTER of the programme AND 10% DISCOUNT OFF THE 6 WEEK programme price – details at the end of the post.

The Yogatonic films, each around 20 to 30 minutes (the meditation is shorter), require no equipment beyond a screen, a stretchy outfit and some space (preferably carpeted or rugged, or you could use a proper mat).

Though it’s configured on a week-by-week basis I chose to whizz through most of Week 1 to Week 4 of Yogatonic in a fortnight to meet the Powder Issue deadline. I roped in some fellow testers, including a teenager or two and my husband: all were almost-first-timers to yoga.

Tim says in the PR blurb: “We wanted to create a programme for all levels of fitness and experience of yoga, which is tailored to skiers and snowboarders. It is suitable for everyone – and no yoga experience is necessary. At any point, we encourage participants to take a rest if they need to.”

Whether or not you’re a yoga novice, it’s worth connecting to a television for these sessions: a sideways glance at a tablet or laptop from semi-upside-down to see what’s next makes things tricky – even when the explanations are as good as Shannon’s.

American-born Shannon, who moved to the UK from the San Francisco area 19 years ago, is in charge of the yoga while Tim takes care of the cardio conditioning (he’s a gym instructor as well as a yoga teacher). Tim appears in at least one of the yoga videos too, showing the moves – a clever way to prove that there’s nothing blokes have to fear from this usually more female-dominated activity.

When the pair first appeared on screen my husband was quick to exclaim: “Oh! They look very normal.” Indeed their style is ‘sensible and sporty’ rather than ‘just back from India’ or ‘unattainably tone-tastic’; they smile often, look you in the eye and are not over-polished. It turns out that as well as running a yoga centre in Berkshire (where classes include Ski Fit Yoga from October to Easter), they’re involved in other down-to-earth sporty stuff (read more at yogatonicuk.com).

Week 1 yoga begins with balance work, tipping weight from front to back (“like you do while skiing”), followed by forward folds and halfway lifts (“you need to be used to bending when you pick up skis or adjust boots”). Instructions are clear, right down to when to inhale and exhale and – helpfully for the less flexible – there’s reassurance that it’s OK to take several steps to move from downward dog to lunge.

There are reminders to stand tall, opportunities for a rest in child’s pose and explanations of where moves are relevant to skiing (such as chaturanga to strengthen the triceps for pole-planting). “The lower back takes a big hit skiing or snowboarding,” says Shannon while demonstrating cobra, a back-bend. There’s minimal jargon and no chant of ‘ommm’ at the end; just a friendly ‘namaste’.

Each week offers realistic progression, with chair pose, supported side bend and various balances in Week 2‘s mix and a marginally more advanced set for Week 3. Each session flows well from one pose/exercise to the next – Shannon and Tim’s training is based on Vinyasa Flow – and the programme truly work for every level of experience. I’ve been practising (on and off) for 20 years but my husband and I can do these sessions in the living room together and both feel well stretched and challenged. And the teenagers? Let’s just say there was a lot of giggling and maybe not the concentration we grown-ups managed to muster…

As to the cardio sessions, it was me trying to keep up with Tim and my husband. Both of us broke a sweat but throughout, there were easier alternatives (such as knee-down plank) that made it accessible to all (and once you know about child’s pose in the yoga sessions there’s no shame in slipping into it for a quick rest).

For the meditation I recommend grabbing a cushion as it’s done sitting cross-legged. Don’t dismiss it as a time-waster (as I was tempted to do) – it does seem to clear the brain and you also get to envisage floating through fresh powder.

All in all, I felt in great hands throughout these sessions and despite Tim and Shannon not being there in person, their experience, expertise and skill at teaching beamed through on screen. By the time you read this I’ll be onto Week 6 but it won’t be over: I’ll be repeating sessions throughout winter (or maybe even year-round).

AN ACCESSIBLE AND EFFECTIVE WAY TO PREPARE FOR WINTER – AS LONG AS YOU’RE MOTIVATED AND STICK TO THE TIMETABLE! EXCELLENT VALUE, TOO: THE SIX-WEEK COURSE OF 18 VIDEOS CAN BE STREAMED MULTIPLE TIMES WITH NO EXPIRY DATE AND YOU CAN REPEAT SESSIONS AS OFTEN AS YOU LIKE.

FALL-LINE READER DISCOUNTS:
TO GET A FREE ONE WEEK TASTER – INPUT FLFREE19
TO GET A 10% DISCOUNT OFF THE 6 WEEK PROGRAMME PRICE – INPUT FL10%19
USE THE DISCOUNT CODES ON THE CHECKOUT PAGE 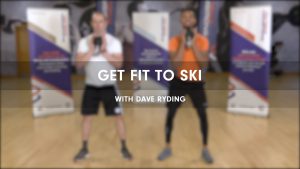 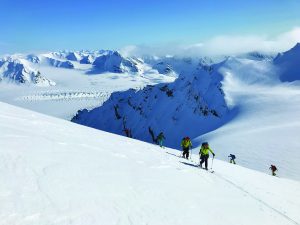 British skier Nicole Ritchie on how to be an athlete 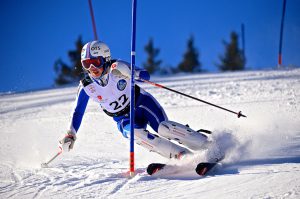 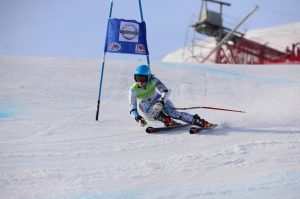