GUEST REVIEW BY DR PHILIP EBERT – SENIOR LECTURER IN PHILOSOPHY AT THE UNIVERSITY OF STIRLING WHO CO-PRODUCED, NARRATED AND STARRED IN ‘COMFORT ZONES’ – A PHILOSOPHICAL TAKE ON THE SCOTTISH STEEP SKIING SCENE. 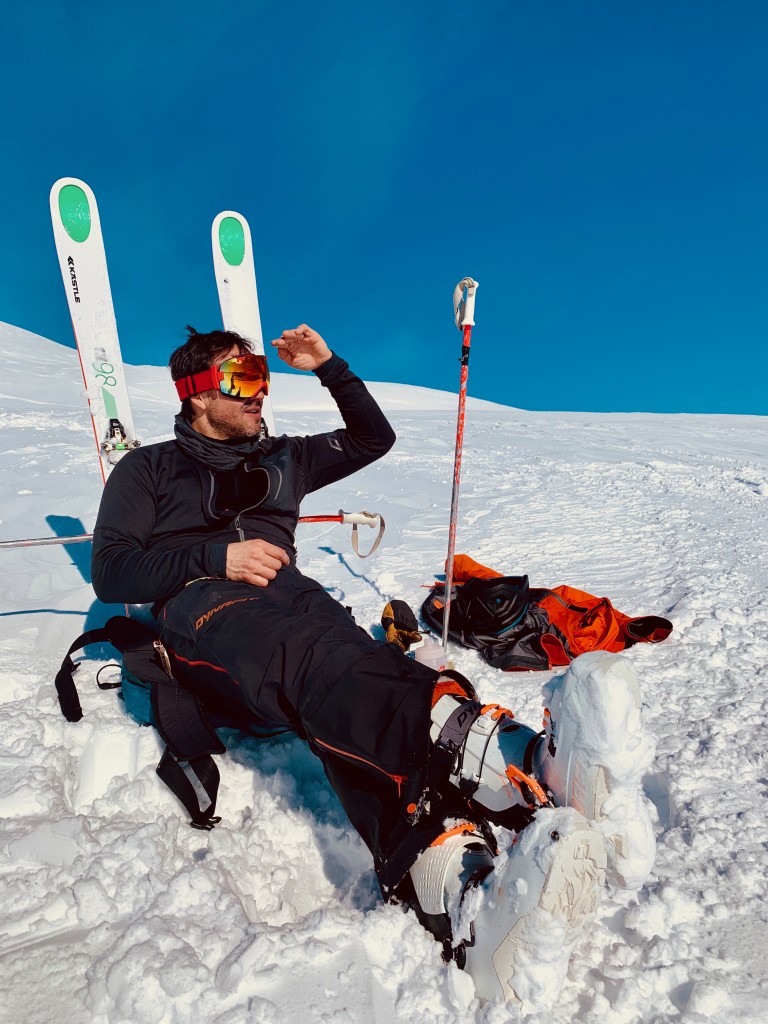 Last autumn, I received a test pair of the Kästle TX98 and the TX82. Unfortunately, my review will be somewhat one-sided: I can’t say much at all about the TX82, as I ended up always opting for the TX98 whatever the conditions—it really is the ONE ski quiver. Incredibly light, with amazing edge grip despite its wider dimension and thanks to those dimensions, the TX98 floats so well that any spare powder skis you may have knocking about will be firmly and permanently on dust collection duty this winter.

Kästle’s dedicated ski touring line, the skis in the TX range have lightweight Karuba woodcores (similar to Paulownia) and combine both fibreglass and carbon layers with proper sidewalls where it matters. The TX line-up features 3 skis – the TX82, TX90, and TX98 – with the 98mm version weighing 100g more than it’s skinnier 82mm sibling.

As is the case with all of Kästle skis, the TX range comes the Austrian brand’s patented Hollowtech technology. A lighter plastic replaces unneeded layers in the front of the ski, which results in the now typical Kästle-look of a coloured semi transparent nose. Initially, I thought this was just a gimmick, but there is no doubt that the TX skis have what we refer to in German as “Laufruhe” ie running smoothness. This ski really is exceptionally damp with minimal vibration even at high speed. The inevitable result is sense of control and confidence that’s both impressive and incredible given the low weight of this ski. After all, despite using the heavier (but more damping) fibreglass, the TX98 still comes in at less than 1400g which, for a 178 long ski with a 98mm waist is incredibly light. 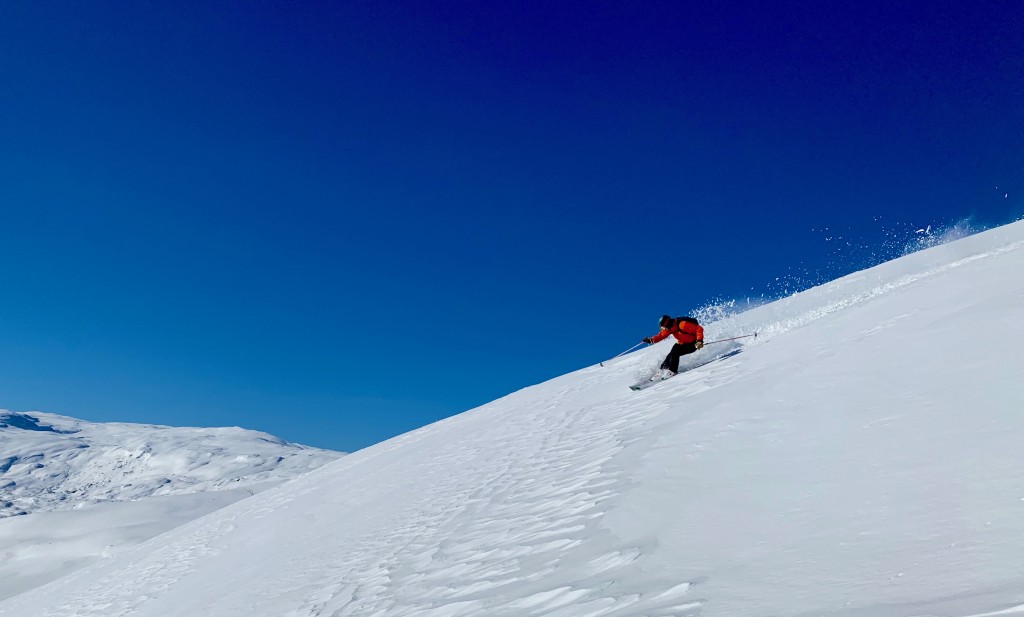 The shape of the TX98 is tried and tested: a traditional yet fairly low level camber combined with a slow rising rocker, and  “hook”-free design at the tip and tail. The radius of the TX98 is fairly large at 21m but that gives the ski control at high speeds which doesn’t seem to compromise its playfulness when travelling at a less frantic pace. The rocker has a distinct progressive feel and gives the ski more float than I would have ever thought a 98mm ski could provide. I skied the TX98 in conditions when I would normally go for a proper fat powder ski and hardly noticed a difference.

As with all Kästle skis the TX98 isn’t cheap (€749) but, as the saying goes, you get what you pay for. Once you hold them in your hands or even better, you ski them, you realise these are extremely well-made skis that incorporate only the highest quality of materials and are the result of top-class workmanship made in the heart of the Austrian Alps. Kästle have long since held a reputation for high quality and excellence and the TX98 simply reinforces that further. 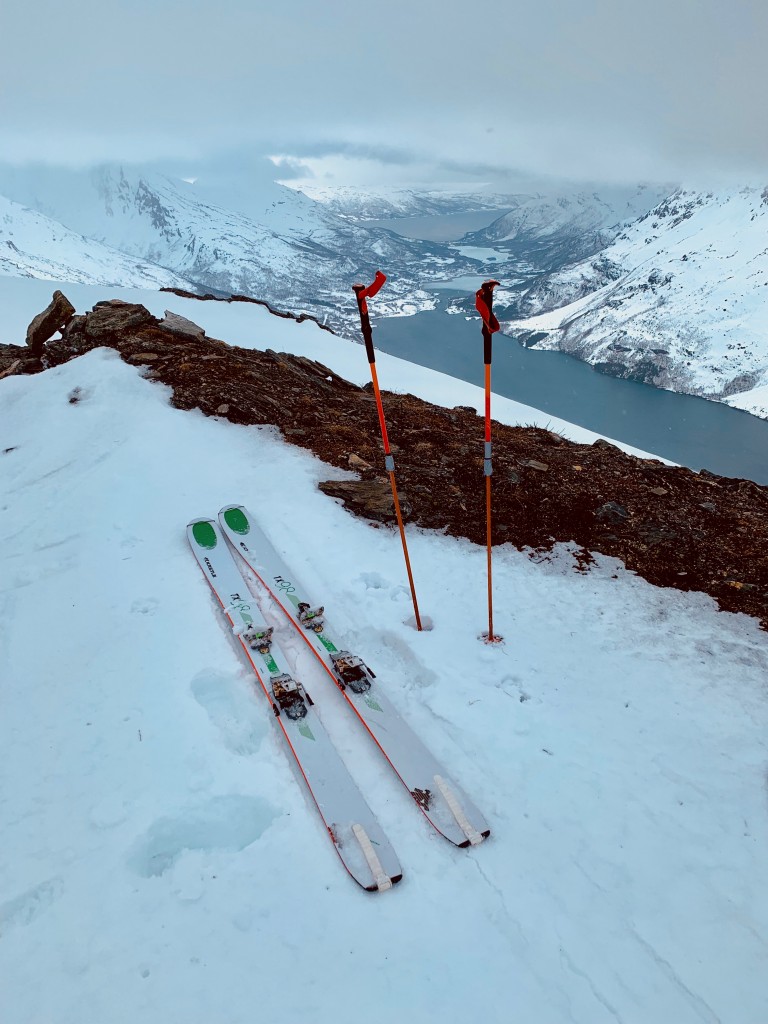 In summary, the Kästle TX98 is a truly fantastic all-round ski that offer a stable yet playful downhill performance. The torsional rigidity inspires confidence in the all-too-often icy terrain in the Scottish Highlands while the 98mm waist will be more than enough for powder trips to the Alps or Norway. A hard charger for sure, the TX98 does demand “dominance” however so is best suited to intermediate-to-expert skiers. Lighter or less aggressive skiers mostly based in the UK might want to look at the narrower TX90 as it will offer better edge grip whilst still providing sufficient float for occasional shin-deep powder days. 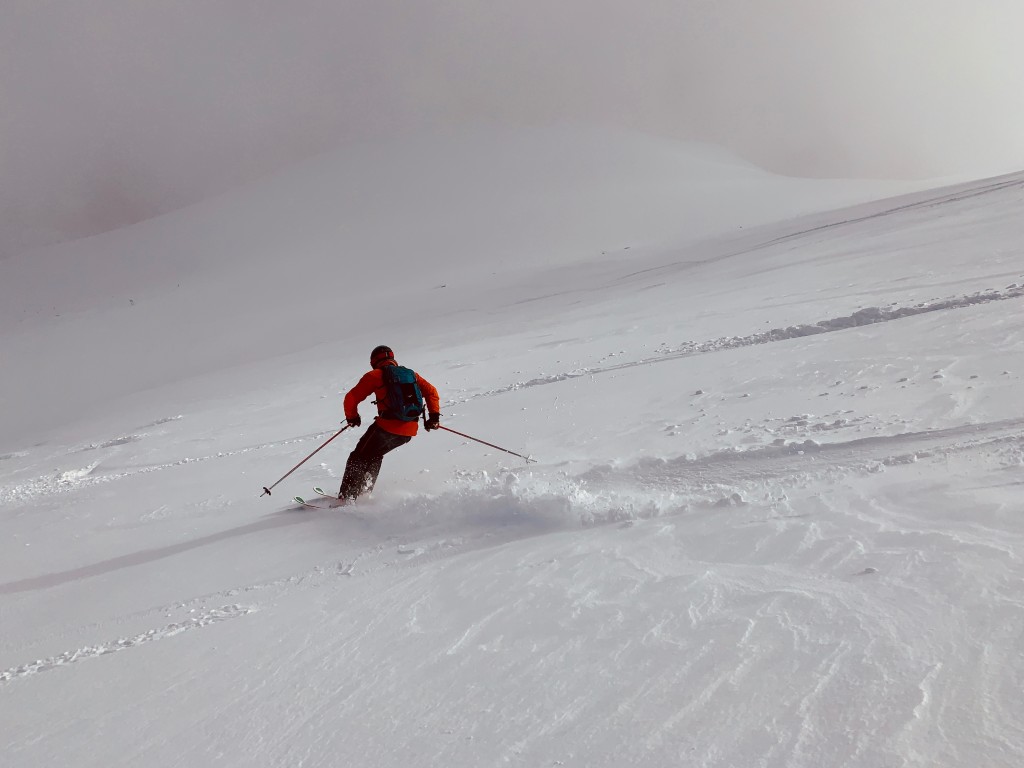