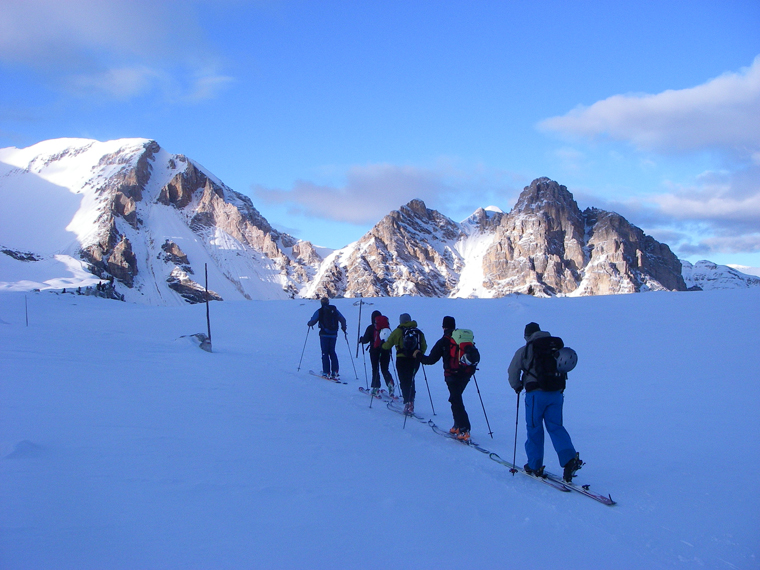 Light is right around here as, with no glaciers, there is no need to carry ropes, harnesses or even crampons and axes so long as your itinerary allows. You can come back later in the season for the peaks and technical passes. This is January – so focus on the skiing.

Expect to stay low, and don’t over commit. It is possible at this time of year to tour between 1000 and 2000m. Keep your plans modest, and just go back for more of the good stuff if you achieve your objectives early.

Be prepared for the cold

The good news is that it will either be stormy and snowing (warmer), or cold and crisp – so easier to manage. I toured in lightly insulated ski pants (rather than a softshell as in the spring). It was not uncommon to have temperatures of –20, so take a good down jacket; a massive pair of mitts to throw over your gloves; and don’t skimp on the clothing and hats.

Remember the days are short

I would not go touring at this time of year without a proper head torch. By that I mean something like a Petzl Tikka RXP rather than a light emergency head torch from a Christmas cracker. Your life depends on getting home, and that might depend on your ability to see (and ski) in the dark if you goof it up in any way.