The steepest slope at Klausberg is called Klaussee 2 8d. Not a fancy name but definitely one that people crash on the very top of, then slide all the way down with their gear all over the place!

My relationship with it means a lot of The Ultimate Run was filmed to skier’s right, next to the slope, while it’s also my home training run, which I like to hit back-to-back whenever it gets a snow reset.

The snowpark is on the upper section, so prepare for 10-year-old kids to straight-line past you at 100km/h plus if they’re doing fast laps… I like that too; I still get a kick from it as you really don’t want to crash at that speed!

Watch The Ultimate Run at redbull.com

My favourite lift-accessed line is off KT 22 at The Palisades Lake Tahoe.

If referring to it by the specific line, it would be the Nose to Fingers.

This line offers up ample air time or you can billy goat your way down the rocks and chutes that make up the fingers.

With blind roll overs and exposure, this one is a true test piece for big mountain skiers and snowboarders.

Michelle stars with Cody Townsend in The Mountain Why at redbull.com

Obere National (which once hosted World Cup races) is a black slope in Zermatt on the Rothorn side.

Definitely an interesting one, that’s evenly steep for 80% of it, making it perfect to race down on giant slalom skis…

In my teenage years this run (a 3.1km descent) also gave us some of our best mogul training!

If it has to be a marked run, I’ll join together a couple of what are called Golden Rides in Sportgastein’s freeride area.

Route 1 (Golden Powder) is 5000m long, then blends into Route 2 (Golden Rush), which takes you right back to the Goldbergbahn lift for another lap (and vertical drop a shade under 1000m).

My favourite trail in Åre is Getrappet. It’s one of the mountain’s most popular runs.

I like it because it’s wide, but doesn’t follow a straight path. It also has a couple of nice rollers where you can get some air if you are inclined!

If you do, it’s right under the VM8 high-speed chair so make sure it’s clean with all those people watching…

10 of the best places for cat skiing 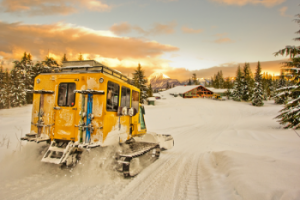 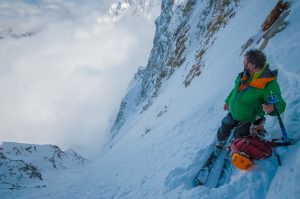 7 reasons why Fieberbrunn should be your next ski trip 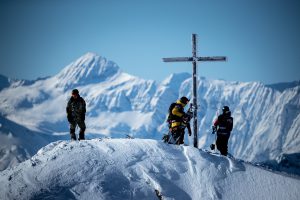