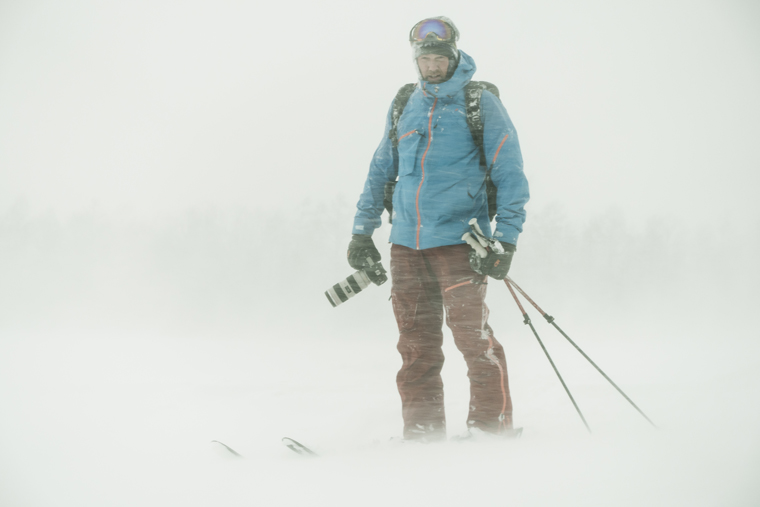 This has been my home mountain for my whole career as a photographer, so I have to say it’s my favourite place to shoot. Having the knowledge of where to go for interesting lines, like Jochpass, and where the light is the best at a certain time is obviously a huge advantage, but I know many other photographers who like to shoot here. A lot of its popularity is due to the easy-access terrain on different aspects that can give you good light most of the day. Engelberg usually has a long season too, with good snowfall, and it is high enough to stay nice and cold.

This has become a frequent destination for me. I have been to Haines eight or nine times over the past 10 years and I always come home with great images. The mountains are very dramatic and form beautiful ski lines. The wetter, coastal snowpack sticks to steeper faces better than anywhere else in the world, so riders can ski lines that usually would not have snow. It’s also a great place to photograph because of how the mountains line up with pretty close opposing ridges or curved ridge lines, so you get shooting angles  you won’t find elsewhere.

British Columbia has many great places to shoot. I particularly like Whitewater and also the Whistler backcountry, where you find tree skiing at its best with plenty of steep and playful terrain. It’s a great place for shooting, as the pitches are usually small but intense, so you can get close to the action. Shooting pillow lines when it’s snowing hard is one of my favourite things to do. The whole BC region usually has consistent snowfall so the chance of great snow is good.

Hokkaido isn’t as steep and doesn’t have as many features as British Columbia, but it does has amazing tree skiing. Plus the quality and quantity of snow makes up for everything. Sometimes it snows so hard it’s difficult to shoot, but when you get that shot with thousands of snowflakes it looks amazing. The food and culture also adds to the whole experience for me, and it is a country I love to go back to every year.

I love Northern Norway, for example the peaks of Lofoten. Shooting here is a little bit more work, because if you want to reach the good stuff you have to get there by foot, or rather by touring. But when you eventually get up to a peak, with fjords on each side, you will forget about the long approach. It’s almost impossible not to get a good photo with backdrops like that. The weather can be a problem though, as you are so close to the open ocean.  FL

Taken from our Photo Annual, out now