Predicting the results of ski races can be difficult in the best of times, but in the times of Covid it has become doubly so. Positive tests, missed starts and disrupted training have added to the unpredictability in an already unpredictable sport. The Beijing 2022 Olympics will also be the first Winter Games that I can remember to run without a World Cup test event, which would have been a helpful indicator of who could be fast on Chinese snow.

Looking back at Pyeongchang 2018, there were a couple of big surprises, the most obvious being the Czech, Ester Ledecka, winning the women’s Super-G by one hundredth of a second from bib 26.  The other surprise for me was the failure in the Men’s and Women’s Slalom of the established stars Marcel Hirscher (AUT), Henrik Kristoffersen (NOR) and Mikaela Shiffrin (USA) to get their equipment set up correctly for the catchy, ‘aggressive snow’, as ski racers refer to it.

Expect similar snow conditions in Beijing: super-cold, dry man-made snow, which will have that same catchy, ‘aggressive’ feel to it. This type of snow requires a ‘less-aggressive’ equipment set-up – boots not quite as stiff and less canted, ski edge angles less extreme, and different stones used to finish off the edge preparation to give a smoother edge. The wind that caused the disruption of the race schedule in Pyeongchang will also be a worry in Beijing and could affect the results of the speed races. Predictions for who will win Gold are going to be difficult, but here is my best shot.

As is tradition, the Games kick off with the Men’s Downhill, and the field is wide open with a different winner of all the World Cups Downhills so far this season. For me, Austria’s Matthias Mayer is favourite because of his track record of winning Olympic Gold – he took Downhill Gold in Sochi 2014 and Super-G Gold in 2018.

Copying the Pyeongchang 2018 model, the women share the speed track with the men, so start with technical races and the Giant Slalom. Logistically, Beijing 2022 will be easier than four years ago, with all the races taking place at the National Alpine Centre in Yanqing. Mikaela Shiffrin starts as the favourite for the GS, but will have stiff competition from Sara Hector (SWE), Tessa Worley (FRA) and Petra Vlhova (SVK). The Men’s Super-G is looking like a two-way battle between the young Swiss star Marco Odermatt and Norwegian Aleksander Aamodt Kilde, with Kilde just having the edge in my book. Three days into the Games and the Shiffrin/Kilde power couple could be two golds to the good.

In the women’s Slalom, Petra Vlhova starts as a narrow favourite over Mikaela Shiffrin – the Slovakian changed her coach this season after winning the 2021 overall World Cup title. Vlhova’s main goal this season is to win Slovakia’s first Alpine skiing medal; at 26 this will be her third Winter Games with more to come, but she would need to go some to beat Anastasiya Kuzmina who racked up three Golds and three Silvers in Biathlon.

Next the men’s Alpine Combined is particularly hard to call since it seems to have been permanently dropped from the World Cup programme. Last season’s World Champion Marco Schwartz of Austria is struggling to get over an ankle injury, which could leave the door open for Frenchman Alexis Pinturault. The women start their speed events with the Super-G, and Lara Gut-Berhami of Switzerland must be a clear favourite, if she can stay injury free, and in the men’s Giant Slalom fellow Swiss Marco Odermatt is looking in a different league from the opposition right now.  After a couple of free days to allow for weather delays, the Alpine events finish with the women’s Downhill, where Sofia Goggia of Italy looks unbeatable, as does the young Frenchman Clement Noel in the Slalom. The individual events finish with the women’s Combined, and if Mikaela Shiffrin is on a roll, it would be hers to lose.

Finally, the Beijing 2022 Games wrap up with the Team Parallel event, which has changed from the Parallel Slalom of 2018 to a Parallel Giant Slalom.

It’s an event that is almost impossible to call, as the FIS are still tinkering with the format, but, on the basis of last season’s World Championships, I am backing Norway for the win. 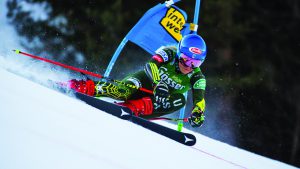 Dave Ryding on how to ski super-fast 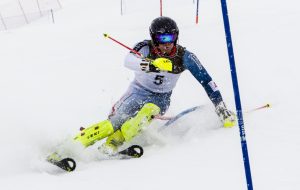