We’ve all dreamt of it – packing in our job, bidding ‘adios’ to gloomy Britain and heading south for a summer of sun, big peaks and powder. Well, Paul Caddy actually did it – how to ski Chile

“Perhaps David Cameron has sold our summer to the Chinese to pay off some of the national debt?” I thought to myself glumly. It was summer in the UK – technically anyway – but it felt as though the sun hadn’t shone in Manchester since 1876.

I decided that this was the sort of summer I could do without. So I handed in my notice, left work (I was a solicitor) and headed 7,250 miles south to Chile for a month of dazzlingly sunny skies and Andean skiing.

My hastily-formulated plan was to head to Portillo ski resort, in the centre of this unfeasibly elongated country, then visit various resorts outside Santiago (90 miles south of Portillo) and finally to journey south to the smouldering volcanoes of Patagonia. All on a shoestring. I took my boots but left my dejected skis at home to gather dust; I needed to travel light. 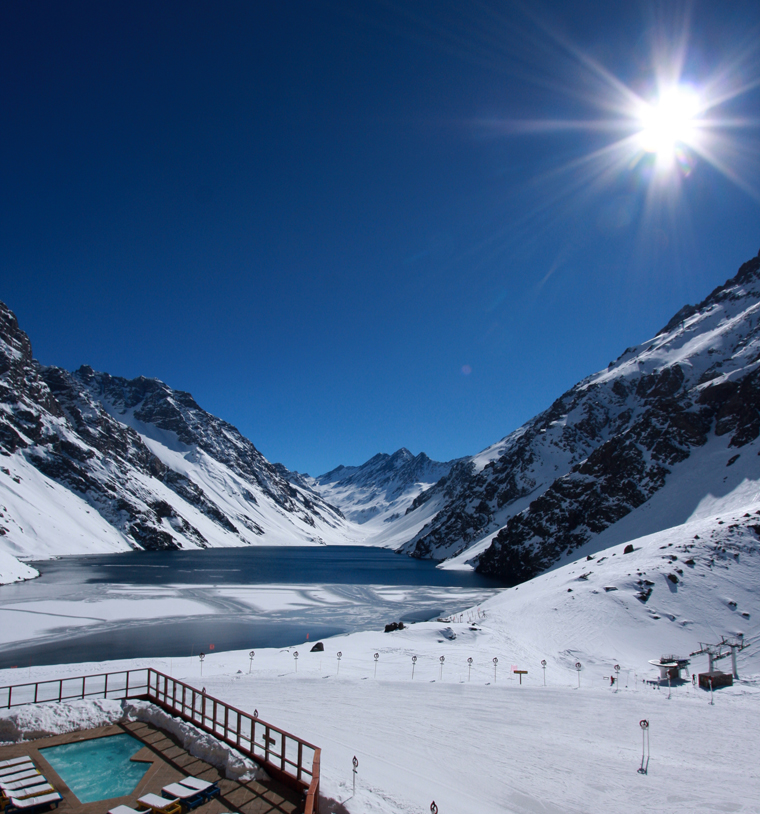 With its lofty elevation – 3,310m at the highest point – and renowned dry powder, it’s easy to see why Portillo attracts ski aficionados from far and wide; from ski dude ‘yanquis’ craving a dash of summer skiing to Brazilians escaping Sao Paulo’s carpet of skyscrapers.

On arrival, I snubbed the resort’s iconic, canary-yellow hotel and stayed in the adjoining hostel, Inca Lodge. Remarkably, I could use the hotel’s facilities for no extra cost. Fitness centre? Tick. Saunas? Tick. And the best tick of all? The jacuzzis that overlook Lake Inca, a stunning place at nightfall to marinate bone-tired ski legs and drink in the view of the surrounding mountains under a canopy of stars (the view is so stunning it makes your eyeballs ache).

Skiing-wise, Portillo is above the tree-line so there was little shelter on snowy days, but it had heaps of challenging off-piste chutes and steeps to blast down when it cleared. There was always somebody in the dorm who was itching to hit the powder; skiing alone is prohibited.

On-piste, non-existent queuing meant plenty of enjoyable cruising on the impeccably- groomed runs; there are 19 runs and 14 lifts for no more than 450 guests. If I hit the slopes early – Chileans worship leisurely breakfasts – they were unnervingly quiet.

After a week of adrenaline-fuelled eyeball bruising, it was time to board the minibus
(I travelled with a company called Ski Total) and head south. 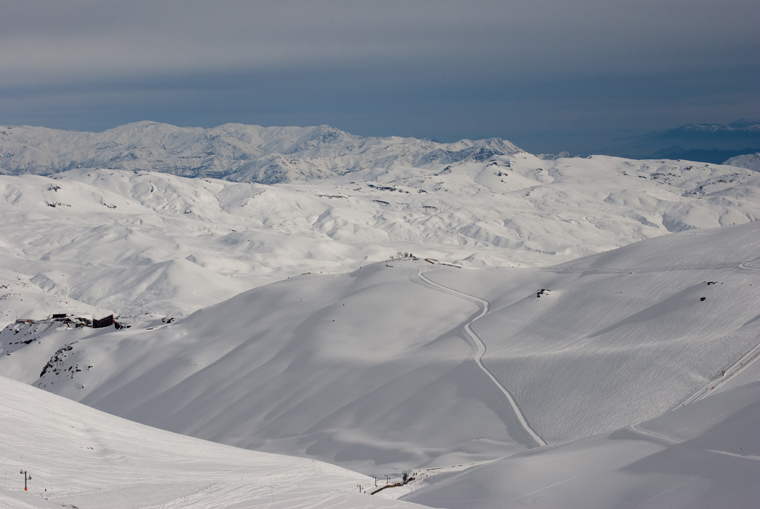 I knew that the smashing together of the Nazca and South American tectonic plates had created big, BIG, mountains and ski slopes up and down the Andes. Unfortunately, this geological tomfoolery was a bit academic, as when I reached the resorts outside of Santiago, snow was as rare as a Chilean vegetarian (the country’s favourite option on the menú vegetariano being, er, ham). Portillo had utterly spoilt me.

However, as any seasoned skier knows, you just get on with it. So, I booked into a hostel, Lodge Andes, in the snow-bereft, cheaper resort of Farellones, 36 kilometres from Santiago. The nearby higher resorts of La Parva, El Colorado and Valle Nevado (pictured above), with 139 pistes between them, were, thank god still open.

So, was it ‘buenos dias’ to sludge, ice and lashings of mud for a week? As it happened, no; at least not at the top half of the resorts (up to 3,700m). The skiing was surprisingly extensive, although I often had to hitchhike between the resorts due to the lack of public transport. Luckily, shredding down the slopes with the skyscrapers of Santiago glistening in the distance more than made up for this slight inconvenience.

The shabby conditions also confirmed my decision not to bring my skis. Good quality planks, often last season’s, were always available (I rented out a pair of Volkl Mantras for around £20 a day).

Had the snow been better, I would have stayed longer, but Patagonia beckoned. 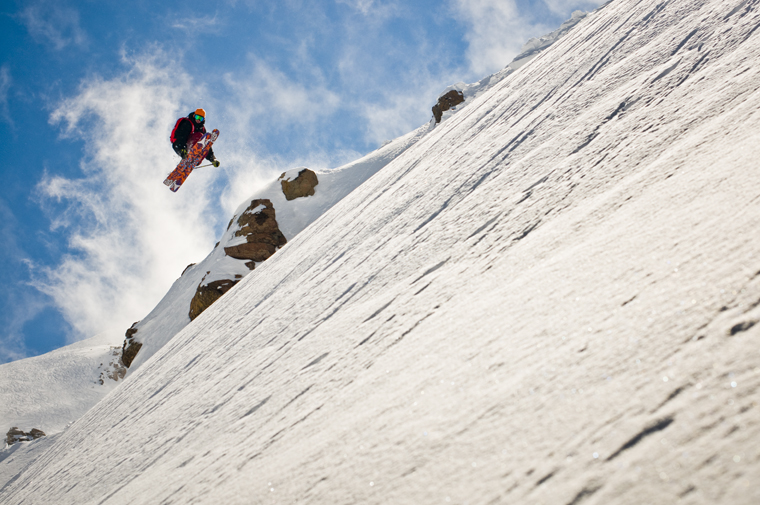 When the coach splashed into a rainy Pucón (after about 10 hours), this meant one thing, and one thing only: snow at altitude! I hopped off the coach like an overexcited puppy. The next morning the sun sparkled while a sulphurous halitosis puffed from the local volcano. Best of all, it was caked in powder.

However, one thing that people don’t tell you is that ski resorts on volcanoes close regularly; not because of molten lava being spat out their cores, but because they get windy. Volcanoes stick out; they are wind magnets. When the wind picks up, you’re scuppered.

So, on day one, I sat around my hostel, the Tree House Hostel, in a state of boredom. On day two, my bloated apathetic state could be seen from space. Eventually, on day three, I wandered to the local ski hire shop with pathetic ‘help me’ eyes. They gave me some touring skis.

The prospect of skinning up was daunting but it needn’t have been: just me, the odd other ski tourer, and oodles of untracked powder. Route finding was easy as I simply followed the empty pistes up (there are 20 in all), most of which were pretty gentle given the topography of the volcano (they steepen the further up you go).

Five hours later I was back at the resort, with a massive ear-to-ear grin.

That’s the thing about Chile. You can’t take anything for granted; but if you keep your options open and are flexible, a trip of a lifetime is yours.

I flew with British Airways nonstop to Buenos Aires from London Heathrow. I then took a LATAM flight from Buenos Aires to Santiago.

I travelled to Portillo, La Parva, El Colorado and Valle Nevado using the transfer company Ski Total. From Santiago to Pucón I went with Buses JAC (jac.cl). Prices around £35 one-way.

Inca Lodge in Portillo (skiportillo.com) has seven-night packages from £580, full-board, including lift tickets and access to hotels’ facilities. Lodge Andes in Farellones (lodgeandes.cl) has rooms from £45 a night. Tree House Hostel in Pucón (treehousechile.cl) has rooms from £12 a night.