A peek at the skis, boots, clothing and clobber that has got us salivating…

Longtime Fall-Liners will know all about ISPO. It’s the trade show of trade shows. Imagine hall after hall (spanning 180,000 square metres, two stops on the city’s U-Bahn, with a mind-boggling 2,300+ exhibitors) crammed with the most exciting skis, boots, clothing, clobber, gizmos and gadgets for the upcoming season. It’s intense and brilliant. 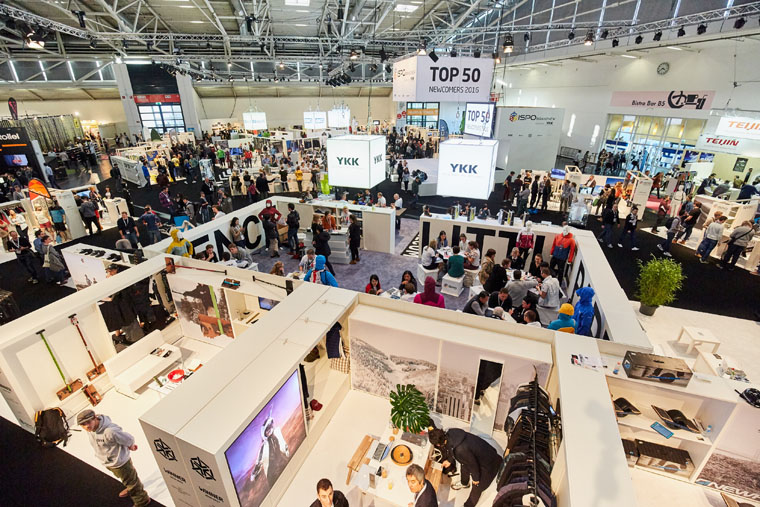 We dedicate four days to the event. Much of that time is spent trying to navigate our way around the blasted place; the rest to gawping over all the goodies. On our return, we pick out the best bits to share with all of you. It’s no easy feat, but we do have the advantage in that we have actually had a chance to use a lot of the gear (at the annual UK Ski Test in Kühtai, Austria – from which we returned just days ago). So as well as knowing what the gear is ‘supposed’ to do, we know whether it actually works or not, which is rather important.

Trends are weight (not always going in the obvious direction), touring boots, piste skis, clean graphics and toned-down block colours for clothing. Freeride skis are settling around the 100mm width, and there’s a definite split between powerful and playful, so your weight and skiing style becomes more important when choosing. On the out is pop-colour zips, tie-die and 80s-style wannabe racer graphics – popular on the continent until last year…

The ups and downs of ski weight

The weight thing was interesting, because there are changes coming through which at first you might query. Some ski designers are shaving it off everywhere, yet others couldn’t really give a hoot. Sometimes they work for the same factory; in fact sometimes they work on both sorts of skis. What it doesn’t seem to be affecting is torsional control – almost every pair of advanced level skis have a very limited amount of twist along their length these days. This means that the edge you’re pushing into the snow should be gripping along its length, which translates as wide skis working on-piste better than they look like they should. 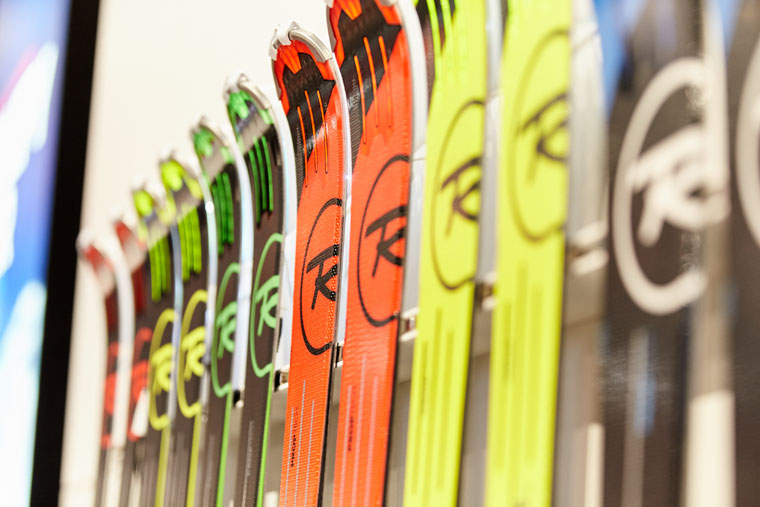 Some skis, such as the Invictus range from Armada (who also do the light thing well) are staying beefy because the designers believe that it’s hard to damp very light construction, and they’re generally right. If you’re skiing fast on anything other than powder (which deforms considerably and acts as suspension) then you’re getting a lot of feedback from the terrain, and a meatier construction can soak this up and average it out before you feel it. Since this flexing is coming at you infinitely faster than any human can process and respond to it, it makes sense to cut out the noise. Hence extra layers of material.

In the case of the new Dynastar Speed Zone piste ski, there’s actually a whole new side-on layer sitting inside the edge with a damping material and metal strip. That’s hardly cutting weight, but first tests show that it makes a lively ski track extremely accurately, and takes the Speed Zone to the upper ends of piste skis we’ve tried.

Our message is to buy well and buy once. Every year there’s so much to admire and lust after, but if this is the year you change any piece of kit, make it a local purchase from a store you can engage with. After all, it’s your valuable free time you’re investing in.