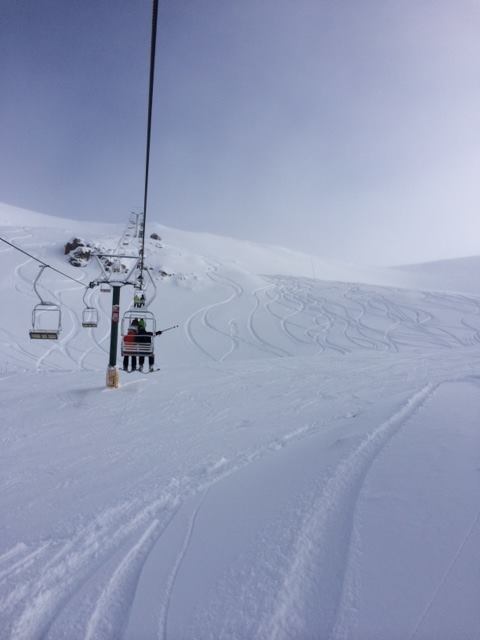 There aren’t many resorts that can muster up a cult following with just one chairlift, but the tiny New Zealand ski field of Ohau has done just this.

When I first moved to Wanaka, home to two of NZ’s biggest fields, I’d never heard of it. Not that you’d blame me. It’s slap-bang in the middle of nowhere; an hour’s drive from the nearest shop, 45 minutes from the nearest two-lane road. The final 20-minute stretch can only be done in a 4×4 and involves crossing a stream or two (extreme, even by Kiwi standards).

There are just three lifts: a beginner’s snow matt, a short button lift and a creaking two-seater chairlift. Not much, on paper.

But New Zealand riders love it. That two-seater chair, the one that should have retired long ago, opens up some of the best lines in the country – lines that could rival any popular freeriding high-speed quad. As soon as a kind-hearted Wanaka local let me in on the secret, I had to make the two-hour-long expedition. I was not disappointed.

The chair, moved here from an old club field in 2004, doesn’t exactly whip you up the 400m, but it certainly does give you time to gawp at the edge-of-world surroundings. 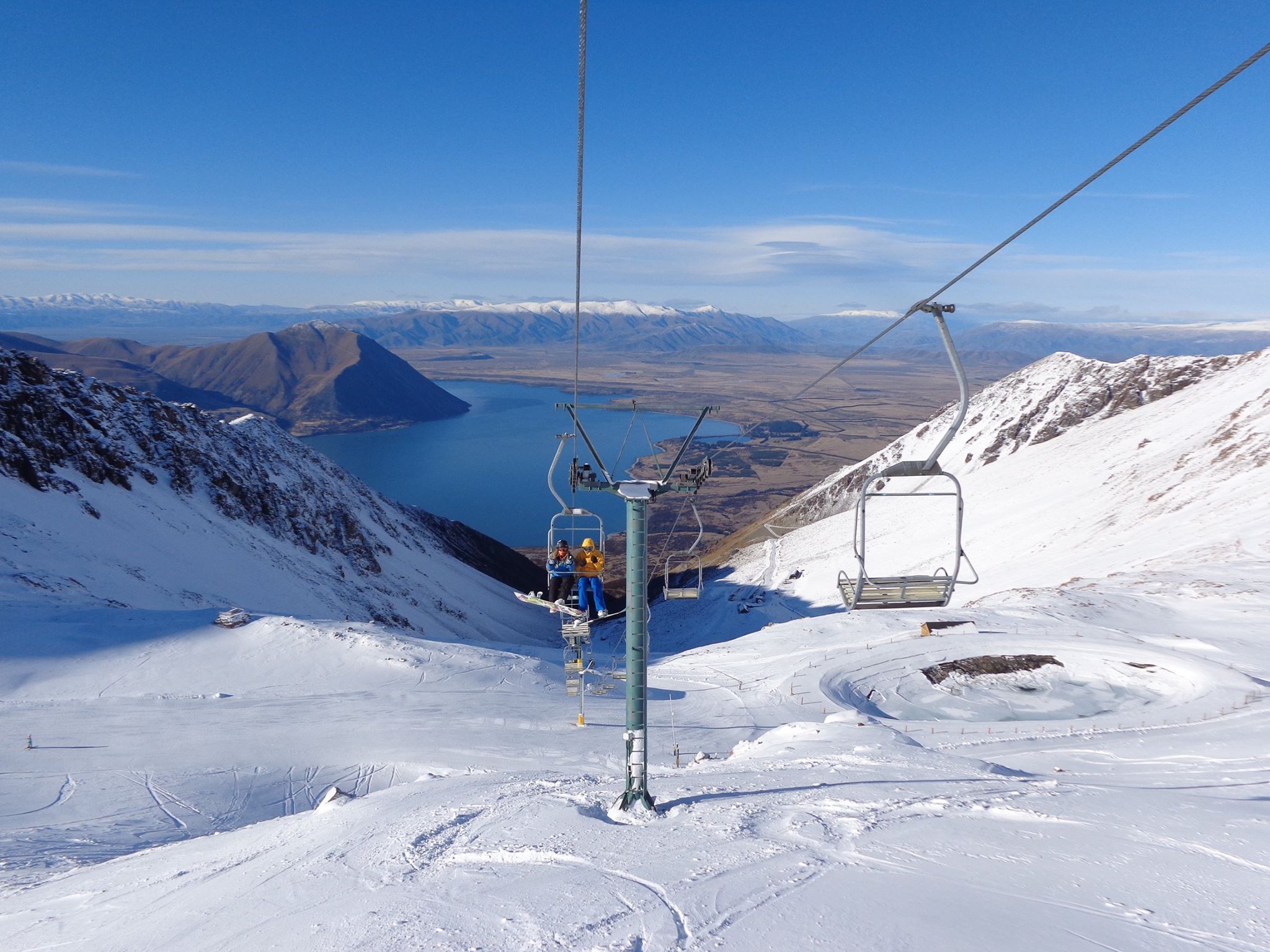 Lakes, snow and mountains, but not much else | Photo www.facebook.com/OhauFreNZ

In the middle of a snowy basin at the flank of Mt Sutton, the wild peaks of the Southern Alps guard the sky in front of you. Turn around, and Lake Ohau is behind you, with its almost unnaturally blue water. Beyond that, it’s more basins, more lakes and more mountains. No buildings, no roads, no sign of civilisation.

If you somehow break away from the hypnotic backdrop, you can see just what this chair opens up. There’s just one groomed run from the top, winding down the centre of the basin. Everything else is open and waiting.

Whichever way you traverse, you’ll find a fresh track. It takes a rare alignment of sun, powder and a weekend to bring more than sprinkling of skiers out this way.

Hang to the far left of the basin and keep as high as you can; sneak through the gap in the rocks and into the furthest gully. There are two routes here: Escalator (far left) and Tom’s Drop (nearest). Both are usually chock-full of wind-collected powder, steep and packed with natural airs.

Once you’ve found your ski legs, try Luge or Shirt Front, directly under the lift line. Despite being ‘blue’ in grade, they’re ungroomed and pockets of deep snow hide among their dips and rolls. Anyone who underestimates them deserves the ridiculing from the chair above. 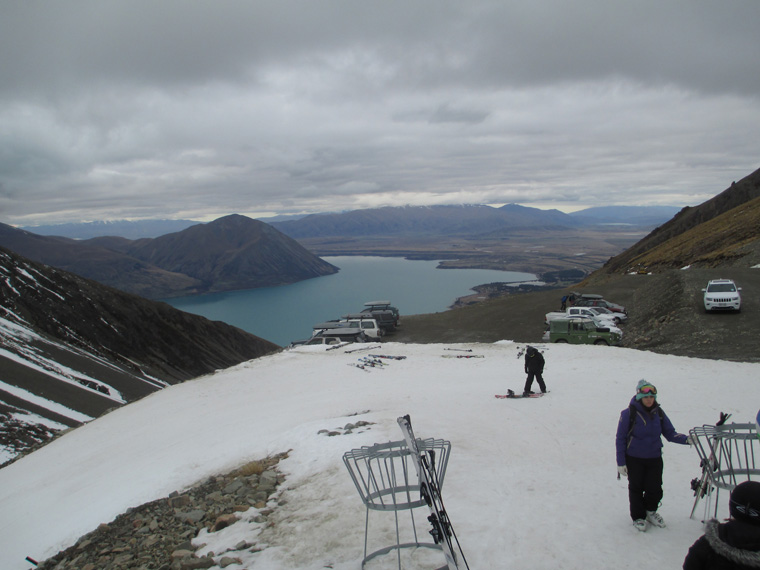 Disclaimer: This photo does not do Ohau justice

Tired yet? You could stop at the shack-like cafe at the base – mutton pies and barista-made coffees await you. Or, you could count on that long, hypnotic chair to heal your ailing limbs, ready for the pièce de résistance.

Hike from the top of the lift to the ridge line directly in front. The 15-minute hike rewards you with even better views than the chair, and if the sky is clear, you might just catch a glimpse of NZ’s highest peak, Mt Cook. Plus the hike opens up the entire bowl, with slackcountry options from every angle.

Heading over to the right side of the chair now, you can take your pick from six different lines. Our shout would be the wonderfully-named Wedding Knob; the sudden dips in terrain and rocks keep you on your toes. 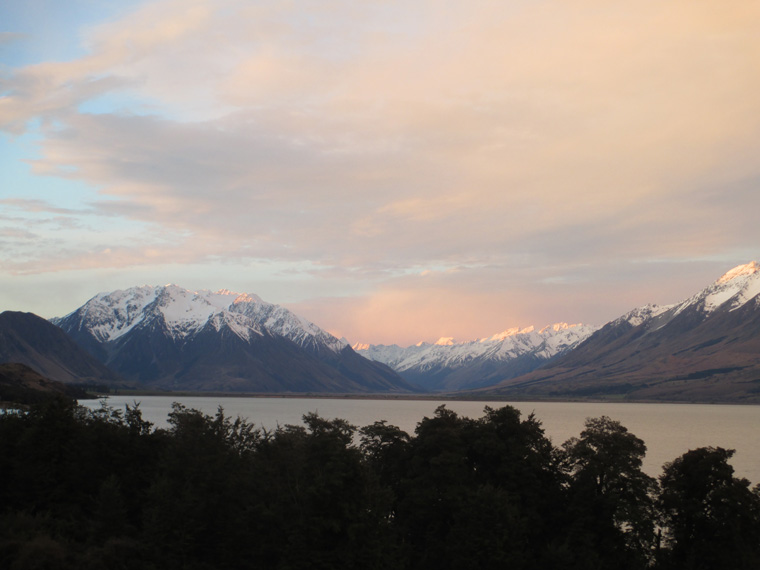 The view across Lake Ohau from Ohau Lodge

Another long traverse, this time to the far right of the chair, leads to Lower Sutton, at the near side of the bowl. It’s an exposed, north-facing black, with moguls that even Glen Plake would find exhausting.

By 3pm, you’ll have lapped the chair umpteen times but still be finding tantalising new lines – especially if you’re willing to traverse or hike a bit. Come 4pm, you’ll be begging the liftie for one last ride. And he’ll probably let you have it, too.