The rumours are true. There is a place where you’ll have as much fun tracking down cornices at 3000m as you will exploring the forests that lurk below…

Les Arcs is a resort of two parts. In the bowl above Arc 2000 is the kind of high-altitude freeriding synonymous with the Tarentaise Valley; wide faces, steep pitches and cliff drops abound. But what’s special about Les Arcs is that when the storms come rolling in, making the terrain around the Aiguille Rouge unskiable, there’s a whole underworld of forest and lift lines that can be just as grin-inducing and challenging as the exposed peaks above. Factor in the decade-old €15 million link to La Plagne and there’s some serious world-beating terrain to explore.

The purpose-built villages that make up the resort offer useful contrasts too. The lower two, Les Arcs 1600 and 1800, sit proudly among the trees with views across the Nancroix valley. Conversely, above the treeline, in a bowl beneath the magnificent Aiguille Rouge, there’s Les Arcs 1950 (proof that, with good taste and planning, purpose-built resorts can look good) and Les Arcs 2000 which, despite the name, is at a lofty 2100m.

On one mountain you have something that caters for everyone; 1600 with its family-friendly vibe, 1800 for party animals (and with night-skiing, new this year), 1950 for those who hanker after convenience and charm and 2000 for big-mountain skiers who party as hard as they ski. All of them have their own attractions, but the biggest one is always the riding; just ask our local freeskiing friend, Enak Gavaggio. 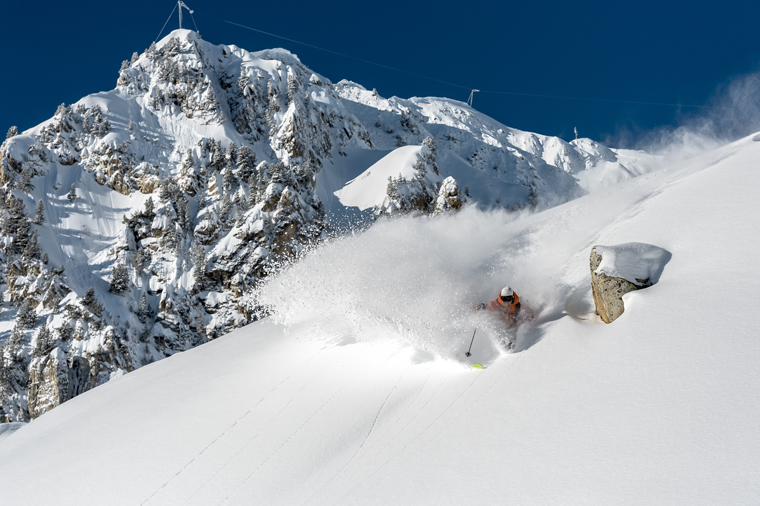 What, other than a big cup of coffee? It really depends on the snow conditions; if it’s a powder day, I don’t have time for one. The goal is always get the first gondola, get the first lap.

If I’m planning a day on the piste I lap the blue run off the Mont Blanc chair – it’s beautiful when the morning light catches the trees and it gets me feeling relaxed and confident.

TO FIND FRESHIES AFTER A STORM…

Don’t stay late at the pub the night before! That’s the first rule. You need to be the first person on the lift if you want easy tracks. The great thing about Les Arcs is that most of the good runs are easily spotted from the lifts. Try heading up the Varet gondola from Arc 2000 – the terrain below is dotted with endless powder lines.

The second rule: don’t be afraid to hike when it gets tracked out – tag along with a guy who knows the resort well for some hidden gems.

Where to start? Paradiski is packed with great freeride itineraries, often just a 20-minute bootpack away. Behind the Aiguille Rouge, Aiguille Grive and Combociere the runs are amazing – one offers an almighty 2000m vertical drop.

All these runs are easy to find and most of them easy to ride, but if you don’t know the way to go you could be in trouble, so get a guide! 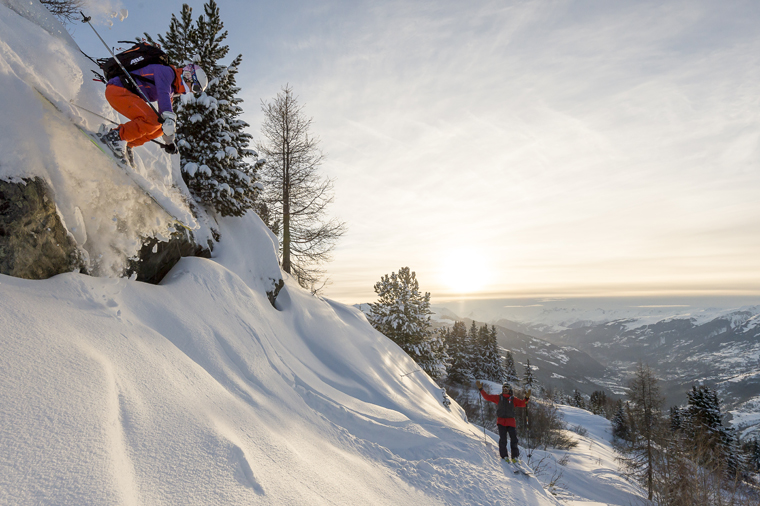 Skiing the north face of Bellecote. It starts at 2000m, off a piste leading into La Plagne, and ends by a cross-country track close to the village of Peisey. It’s the most beautiful spot in Paradiski, and still a bit of secret, as the Bellecote is difficult to ride when snow conditions are iffy.

THE BEST THING ABOUT LES ARCS IS…

That it’s like a giant balcony and not hidden at the bottom of a valley with the mountains in your face, shielding the sun.

When the weather’s good, you can ride wherever you want. From the top of the Aiguille Rouge you can ski in almost any direction. And if it’s cloudy or foggy you can ride in the satellite resorts of Peisey and Villaroger or Les Arcs 1600 where there’s a lot of tree-skiing. More often than not, these end up being the best days of all!

Chalet de l’Arc is your typically charming mountain restaurant with first-class Savoyard food. Order Le Poelon Savoyard, a selection of local cheeses you melt at the table, served with charcuterie. Le Sanglier qui Fume in Arc 1600 is also good, with a panoramic view and sanglier (wild boar) on the menu. 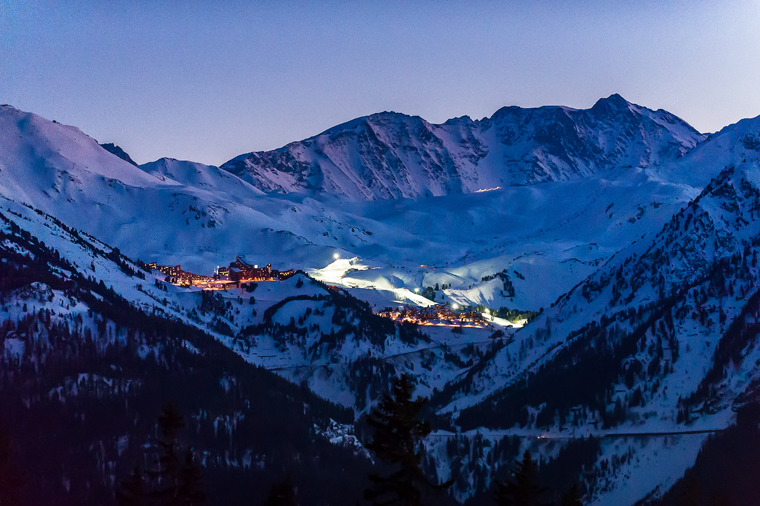 FOR CHEAP EATS IN TOWN

There are lots of great snack huts dotted around the resorts, but please, if you’re British, don’t stick to burger and chips the whole time. Try a real French sandwich instead! Miam Corner in 1800 is my favourite, and where you’ll find all the locals.

FOR A LATE-NIGHT TIPPLE

In Les Arcs 1950 there’s O’Chaud. It’s a disco pub and the boss is a famous DJ: every party night they throw is a huge success. Just don’t stay too late… Getting the first chairlift is way more important than downing one last vin rouge. FL