This winter sees Lange change tack with the launch of the XT3 Tour series – their first ever out-and-out alpine touring range – and I was lucky enough to get my hands on a pre production pair of the pinnacle boot in the collection last winter: the all-new Lange XT3 Tour Pro.

First impressions are familiar. The bright blue colourway screams Lange, but pick it up and you’re aware this is a totally different beast, built with equal priority given to both the up and the down.

At 1520g, they’re a similar weight to other 130 flex freetouring specialists, and after a quick drive up to Glenshee, off I went for my first tour.

The Active Power V-Lock, once disengaged, coupled with friction-free hinges delivered an impressive 53° range of movement, feeling every bit a true touring boot.

After an hour skinning I had settled into both my stride and the boot, the thermo mouldable liner feeling super comfy. Transitioning to ski mode was a simple affair. Simply click the top two buckles back and engage the Active Power V-Lock, et voilà.

A metal-on-metal locking mechanism feels reassuringly solid and turns this boot immediately back into the kind of Lange I’m used to. 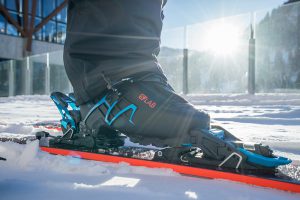 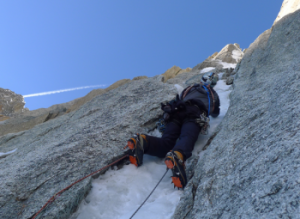