K2 have brought back the Marksman’s proven asymmetric shape for next season, in one of the most playful and versatile all-mountain freestyle skis we’ve had the pleasure of testing

Right from the first turns on the Marksman you can feel Pep Fujas’s influence on the design – it’s a surfy smear-machine that’s just perfect for rallying through trees, popping off pillows and throwing slow floaty spins and hand drags at every opportunity. 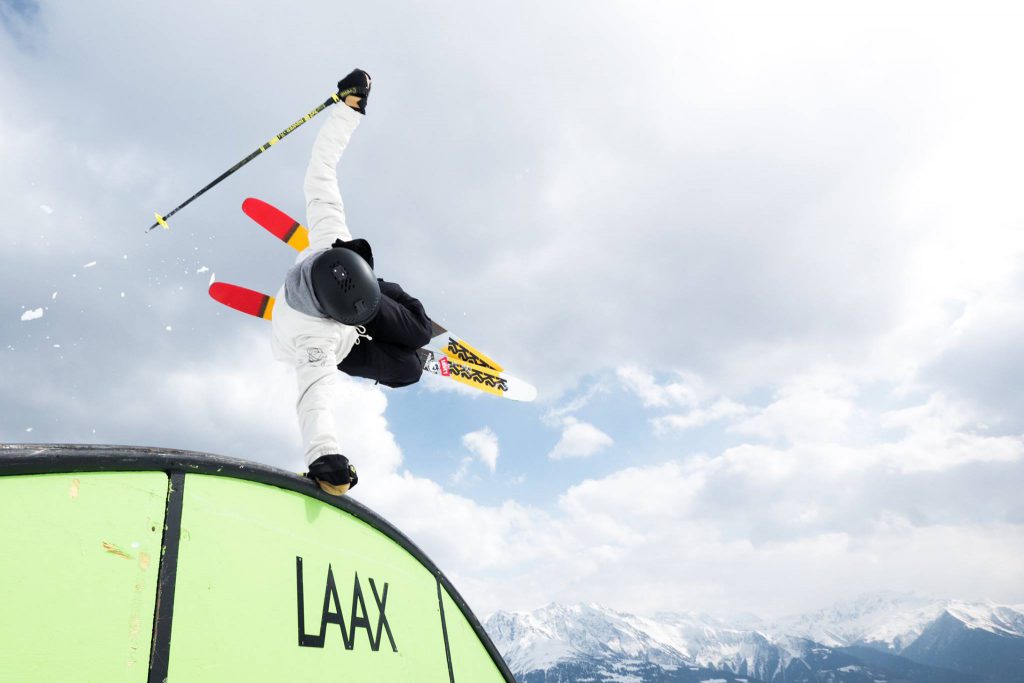 We were sceptical the first time we saw the Marksman’s asymmetrical sidecut and offset tips – it wouldn’t be the first time a ski manufacturer has claimed a gimmick as the next big thing – but were quickly convinced once we got them on snow. The concept is actually quite intuitive: when the ski is on edge and carving, the engaged edge of the inside foot needs to carve a slightly tighter turn than the outside to remain in tune with each other. It genuinely works, and is particularly noticeable in powder (the resistance of the deeper snow can cause more traditionally shaped skis to carve at different rates and diverge), but also makes the skis feel even more nimble and loose when riding in a more surfy, bases-flat style.

K2 have also used some cool innovations in the construction, using different woods in different parts of the core. The centre is made of light weight aspen, with stiffer and denser fir used where it matters along the edges; this gives the Marksman phenomenal edge grip for its size without sacrificing the easy-going playful feel the rest of the time, so you can confidently push it hard it on laps through the park and on piste too.

While the construction and asymmetrical shape allow the Marksman to carve surprisingly hard, the ski really invites a more playful manner – earning our ‘Best for All Mountain Freestyle’ award in the process. It really wants to pop and jump around the mountain, flowing with and over terrain features and slashing into lips and pillows to control speed before charging on into the next section rather than holding to constant arcs. Where it truly excels is buttering, spinning and grinding natural features and boosting sidehits, turning the whole mountain into one big terrain park and utilising irregularities rather than dominating it and crushing them flat. It’s a dancer rather than a bulldozer, and makes everyday on the hill more fun whether it’s fresh or not.

Great energy out of a turn and very light swing weight thanks to that trimmed tip and tail. Great to play around on, going from piste to light powder.
Richard Fincher