However much I love skiing, I dislike the cold intensely. So at the end of a road trip through New York State, when I’m told our last stop – Whiteface Mountain – has the nickname ‘Iceface’ I barely want to get out of the bus.

As it happens, despite the fact that we experienced lows of –23C that day, I’m glad I did. Lured out by prospect of coffee at J Lohr, in my view the cosiest café-bar in any ski resort in the state, my attention was caught by the Rossignol Experience Centre, stacked with high-performance skis. I grabbed a pair of Soul 7s and watched them being tuned by the tech service in an impressive workshop worthy of the prime resorts in the Rockies. 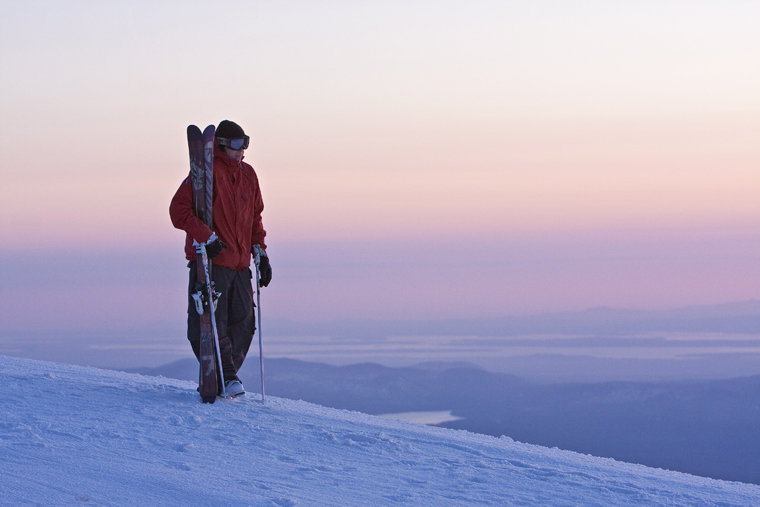 Why the fuss? Whiteface was home to the Alpine events of the 1980 Lake Placid Olympics, and the US ski team still trains here regularly because of its proximity to New York City (less than five hours by car; though Montreal is closer as just over two hours). America’s East Coast isn’t as renowned for its skiing as the West, but Whiteface is home to the greatest vertical drop east of the Rockies, and has 86 trails over three peaks – with 22 miles of piste skiing in all.

The Lake Placid events took place entirely on artificial snow, and sadly the day of my visit there wasn’t enough natural stuff to open up the off-piste, double-black diamond runs on The Slides – narrow rock and ice shoots skier’s right down from Whiteface Summit (1,483m). The elusive Slides – which cover 35 acres of terrain in all – tend to open later in the spring when there is sufficient snow cover, and entail a 20-minute hike in.

We still rode the Summit Quad to the top – a long, slow chair for which you are rewarded with spectacular views of New York State at the top. I forgot about the cold and removed my gloves to take pictures – and my fingers stuck to the metal sides of my iPhone. From here you can still ski the men’s and women’s downhills – Cloudspin to Broadway to Lower Valley and Skyward to Easy Street to Lower Valley – with mogul runs dotted around. The snow was well groomed, so to me it didn’t warrant the name ‘Iceface’, though it was a little compact for my choice of the Soul 7s (then again, perhaps I should learn to ski on women’s skis…). 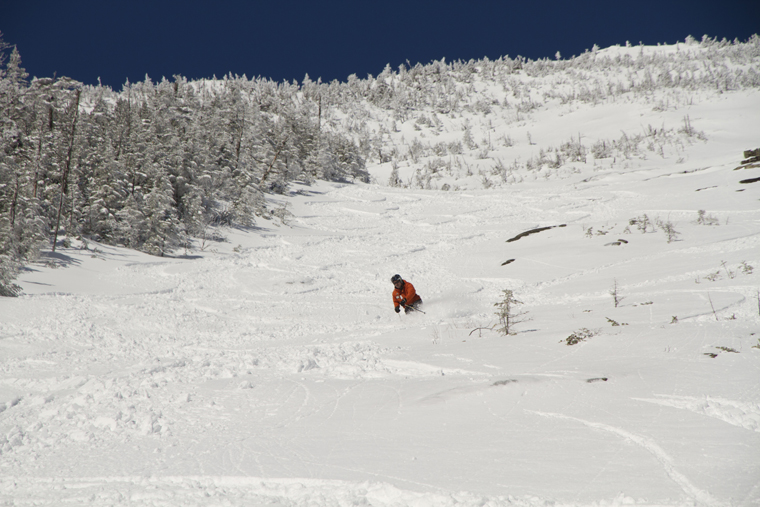 Unlike the rest of New York State, the runs here are a decent length – the longest is 2.1 miles, so you can see why the US ski team pop here for training.

Next we took a welcome break in the warmth of the Cloudspin Gondola up to Little Whiteface, to peer over the back at yet more spectacular views – this time of Lake Placid (Whiteface is worth the trip for the mountain-gazing alone). From here there are countless options – including the double-black diamond Cloudsplitter Glades, which run on into Upper and Lower Wilderness – sunny but still chilly – from where you can hop onto the Little Whiteface chair.

Like all good US resorts, Whiteface has an area dedicated to beginners at the base mountain; several greens cut through the glades, keeping beginners safe and more advanced skiers from mowing them down – all quite useful.

The best thing about Whiteface is that braving its (sometimes) chilly temperatures is rewarded by soup, deli sandwiches, local wines and craft beers in J Lohr. Just make sure you leave room for the pecan pie.