There’s no denying it, New Zealand is a wee bit of a schlepp away. But once you sample its world-class skiing, from the backcountry offerings of Motatapu Basin to the colossal parks of Cardrona Valley, jet lag will be the last thing on your mind 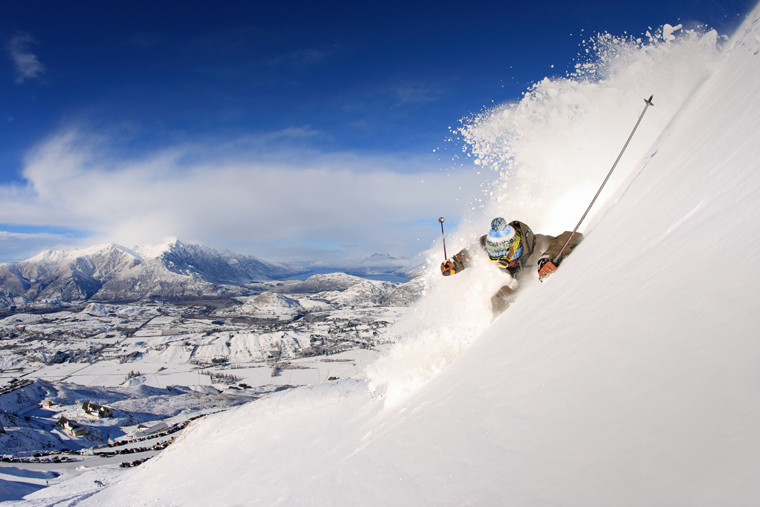 Yes it takes some effort, time and money for us Brits to get there – but there is a reason that some of the world’s best pro freeriders and park skiers head down south ever summer. To ski New Zealand is really rather good. It boasts some 24 ski areas, from rope-tow served club fields, to world-renowned commercial operations.

There’s one thing they do have in common though: hellish access roads. The ski fields are typically 30 or so minutes from the nearest resort town, and involve a white-knuckle drive up hairpin, single-track roads before you reach the base. But, fording the odd stream is all part of the Kiwi ski experience.

The juiciest ski offerings are found on the South Island, with the Southern Alps running for 450km along the island’s spine and home to the country’s tallest peaks, 3000 glaciers and 20 ski fields.

Here are a few of its highlights… 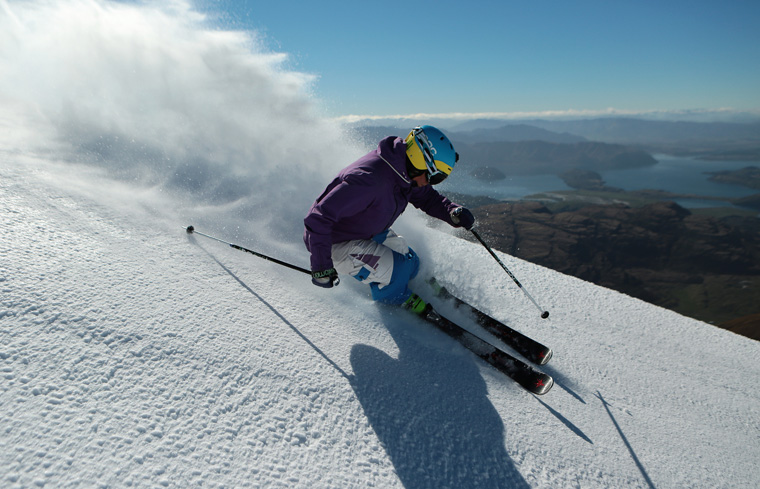 This is a ski field where even the lift queues are a homage to the fattest of powder skis, and even the blue trails leave you with satisfyingly achy limbs. Overlooking Lake Wanaka, this is a mountain that’s produced some of New Zealand’s top freeriders, including Sam Smoothy and Fraser McDougall.

There are just two chairs here, but they open up 500 hectares of gullies and wide-open faces across three very different basins. The furthest, and most infamous, is the expert-only Motatapu Basin, packed with tight chutes, big mountain spines and heart-in-your-mouth cliff drops. The 15-minute bootpack at the end is well worth it. 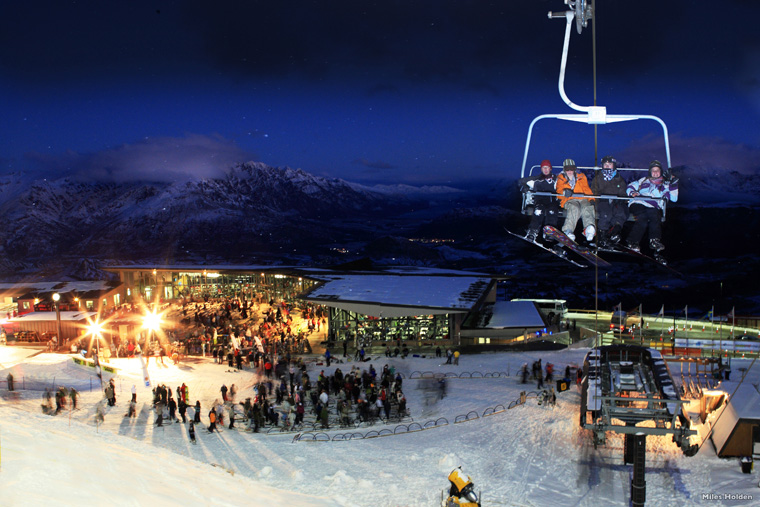 NZ’s oldest ski resort (opened in 1947) is by far the easiest to get to, being just a 20-minute drive from Queenstown, up an actual tarmac road. This does mean that this is easily the busiest South Island ski field, but it also has better uplift and infrastructure than most, making it a very skiable resort.

But what really makes it unique is its night skiing. On Friday and Saturday nights the main chair stays open, offering up a couple of challenging runs above the bright lights of Queenstown. It’s especially fun when a north-westerly sweeps through, depositing powder in its wake and opening up a bunch of natural features.

BEST FOR PARK RATS — THE REMARKABLES 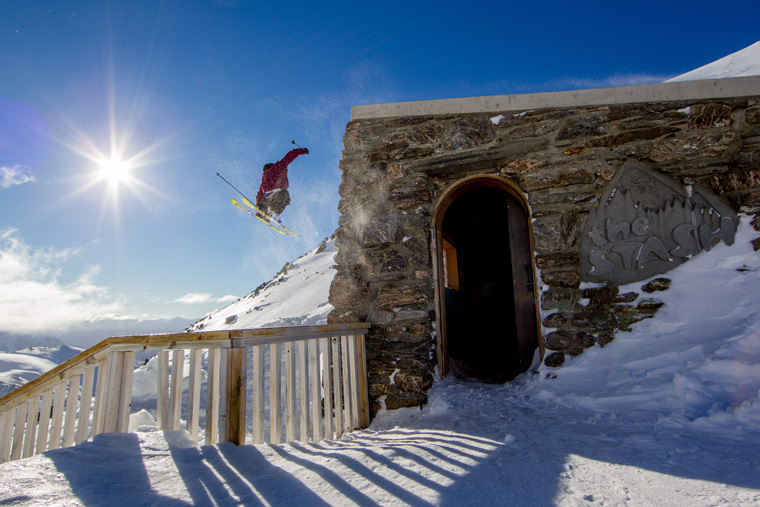 The Remarkables, Queenstown’s second resort, has not one, not two, but three parks. The most recent addition, The Stash, is one of six similar runs worldwide, all designed by Jake Burton. It’s a kilometre-long run packed with wall rides, cliff drops and even a jib-able hut.

The other two parks aren’t quite as iconic, but do give budding park rats an excellent opportunity to progress through to the meaner stuff. There are plenty of challenges away from the park too, with the Shadow Basin offering up endless off-piste lines.

The homeward run is one of the juiciest, ending with 30-minute hike from the base building (don’t worry, there is a shuttle if the legs are shot). 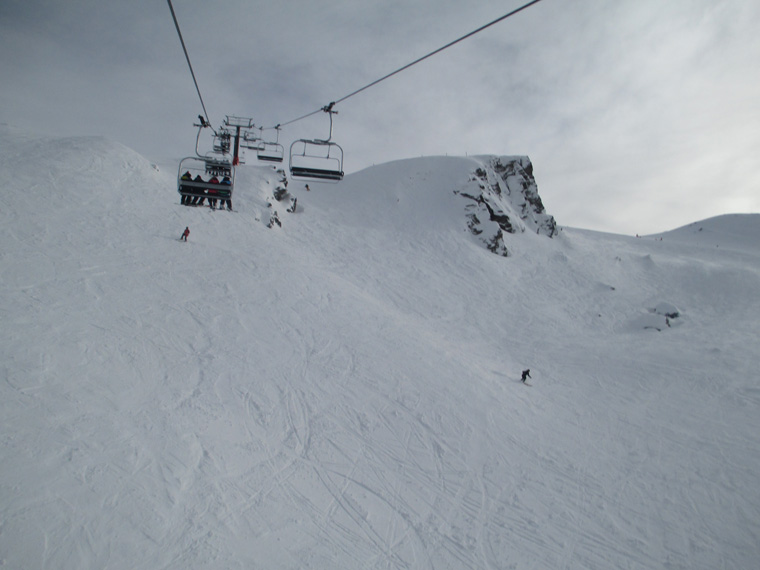 On the other side of the Wanaka township is Cardrona. This is where Jossi Wells and the rest of his over-achieving family base themselves (they even have a lift named after them – the Wells Platter, which serves the field’s Olympic-sized halfpipe).

Yes, the park is one of the big draws, with pros from the world over spending their summers here – especially since the closure of the freestyle-dedicated Snow Park on the other side of the valley, last year.

But while the park is mighty fine, the mixture of long groomers and smattering of gnarly chutes in Arcadia and Captain’s Basins make it an ideal all-mountain getaway.

Auckland is New Zealand’s main international hub. Emirates is killing it at the moment with flights starting at around £750 for the start of the season.

From there, Jetstar and Air New Zealand fly to Queenstown (from £125 return), which is a short drive from the major South Island resorts.

Public transport in New Zealand is sparse and relatively expensive – buses to ski fields can cost £15 per day – so renting a car is one of the best ways to get around. Jucy Rentals (jucy.co.nz) offers cars from $31 (£15) a day.

Hitch-hiking and ride-sharing is also popular throughout NZ. Check out ski field websites for the safest hitching spots, or visit snowpool.org to organise a ride-share.

UK passport holders can visit New Zealand for up to six months, and do not normally need to apply for a visa before entry. Other EU citizens can visit for three months without applying for a visa.