How do you squeeze in a cheap pre-season trip to the glaciers? Easy: Do the exact opposite of Chloe Hardy…

Last year, I decided it would be the best thing in the world to go and visit my friends in Austria before returning to France for the winter. I’d spent all summer working and I thought I deserved a holiday, (I didn’t deserve a holiday) even if I couldn’t afford to go on one.

So I packed my skis and boots off with my friends who who were driving out the week before me and smugly thought about how much money I was saving by not taking my skis on the plane (it wouldn’t save me any money).

And then off I trotted to book a flight, blissfully ignorant and plotting out which tricks I was going to learn and impress all my friends in France with (I wasn’t going to learn anything).

And therein began the drain on my already meagre finances… 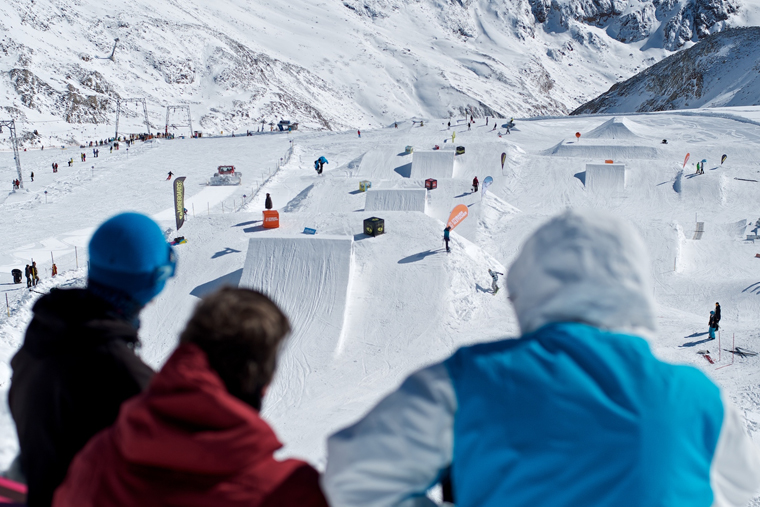 After accidentally choosing the airport that was furthest away from my house because the flight was cheaper, I boarded an overpriced rush hour train to get to the other side of London  in time to get through security. There were no seats, obviously, so I spent the journey sitting on the floor by the doors; my effort to save ten pounds resulted in having to spend fifty, and I got to look like a homeless person as well.

Flight over, I caught the two and a half hour train from Munich (it hadn’t occurred to me that I wouldn’t be able to get a flight to Innsbruck before mid-December) just in time for German rush hour and, to my own shame, was unable to lift my overpacked suitcase into the luggage rack.

Ten hours later (surprisingly, the train from Munich to Stumm was the cheapest part of my day), I arrived at my friends’ flat to be greeted with the news that the weather on Hintertux Glacier was going to be terrible the next day so it probably wouldn’t be worth paying for a pass.

Damn that pesky unpredictable weather. But oh well, I thought; you win some, you loose some.

The next day was spent mooching around Mayrhofen, which wasn’t dissimilar to a ghost town, what with it being November, although it wasn’t difficult to imagine it in it’s full winter glory. As a perpetual lover of France, it felt a bit wrong to admit that as we drove down the Zillertal Valley, I was thinking what a great place this would be to live. It was as if all roads led to a gondola, and the pavements were littered with discount ski and snowboard shops.

This leads me onto an important fact I discovered on this outing; Austria is CHEAP! You can buy a beer, in a BAR, for three euros, and they have Hofer – the Austrian branch for Aldi. This may seem like a bit of a boring thing to get excited about, but when you’re on a budget and assume it’s was illegal to even have an Aldi above a certain elevation, it blows your mind.

The weather was looking good for the afternoon, so my friend and I began the long journey up to Hintertux; from their flat in Stumm it was a ten minute drive to Mayrhofen, with a race against time to meet the hourly bus because I forgot my jacket.  From Mayrhofen, it was forty minutes on the bus to get to Hintertux, and then after buying a pass, it was a further twenty minutes over two gondolas to get to shreddable terrain.

After falling asleep on the bus I emerged into the sunlight to find a few centimetres of fresh snow and an immaculately groomed, Austrian style park with some massive kickers and variety box-like selection of rails (as in you like most of them – but some have a weird flavour and you don’t quite know what it is).

My first thought was that I wanted to get on those big jumps, although, after seven months off, I was a bit rusty, to put it nicely. Best stick to the mediums.

A fact which hadn’t crossed my mind – even more so than the interminable journey to the glacier – was that in the early season, the sun doesn’t travel to your schedule.

By twelve, the park was starting to creep into the shade of a massive rocky outcrop and the jumps’ take offs had become the same colour as the sky, so we got up at seven to get to the park by ten for a precious few hours of sun. Then it was time to hike rails and fall asleep on the bus journey home. 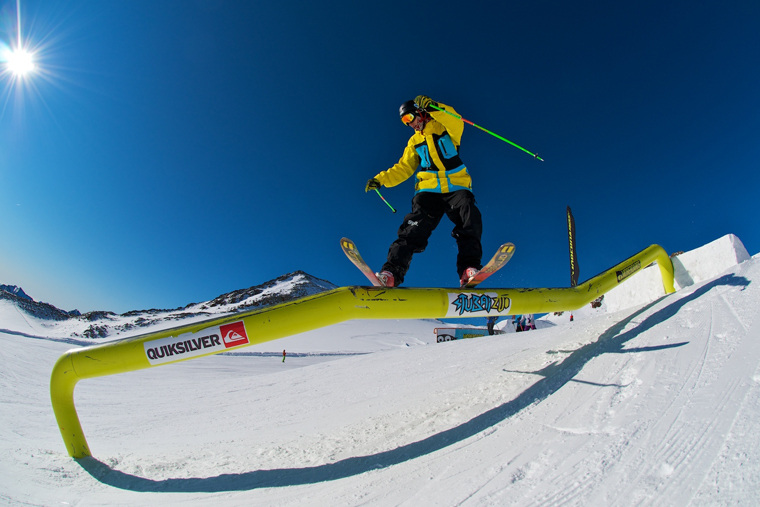 I’d also made the mistake of wearing too many clothes again, because, it was technically still autumn, after all. Good thing that, in Austria, it’s totally acceptable to leave your backpack in the restaurant at the top of the gondola – and there’s a nice warm area to eat your packed lunch, guilt free.

Day 5: More Things of Which I was Not Aware

A few things that hadn’t crossed my mind came up to bite me over the week. The first was thinking that lift pass prices might be a bit cheaper because of the time of year; they weren’t. If everything else in Austria is cheap, lift passes are the exception. They are the same price in every country.

The second thing was that, in Austria, it’s common practice to pay by the night when you stay somewhere privately. A bottle of duty free rum and a big pot of spaghetti bolognese will not suffice – especially when landlords are involved. They will probably not be benefitting from said bottle of rum/pasta fest. Even so, ten to twenty euros a night is cheaper than a hotel, and beats a grotty hostel.

In favour of having sun for the whole day, we crammed ourselves into the car and went to Stubai for the day. Driving there didn’t take much longer than getting the bus to Hintertux, with the added benefit of not being a slave to the bus timetable.

Maybe it was the rumour of an exact replica of the Sochi slopestyle course (not true) or it’s reputation, or the fact that it was Saturday that made it so busy – but none the less, Stubai was an awesome place to go. It had a good slopestyle course (not quite Olympic standard though) and a well-rounded selection of small and medium features.

However, at midday, that unpredictable glacier weather rolled in, and for a while, I could barely see my hand in front of my face. This did a sterling job of clearing the lift line, so when the sun came out again an hour later, only the seriously committed had stayed.

It’s a lengthy process to book a train in Europe, and one which requires a lot of forward planning, so I turned up at the train station hoping that the train I wanted to catch actually existed.

Thankfully it did, and after paying a price that was reasonable for a seven hour journey across three countries, I hunkered down with a book and tried to position my skis so that they wouldn’t fall on any of my fellow passengers.

That wasn’t the end of the journey. I like to think of myself as an experienced rail traveller, but it took getting into the wrong section of the train, and accidentally sitting in first class twice, (which culminated in a rather embarrassing journey through the the train at rush hour, running over people’s feet with my suitcase and trying not to hit them with my skis) before I finally arrived in Geneva, sweaty and traumatised.

So down to my poor budgeting skills and blatant ignorance to glacial weather conditions, I spent more money than I care to mention, didn’t learn any new  tricks to impress my friends with and returned to France poor, with a lot of bruises.

But, it was worth every penny and I’d do it again in a heartbeat.