We’re building our perfect ski resort (well, in our heads, anyway) and it’s time for the master plan. Now, where to put the lifts (and crazy requirements from our readers)

Having gathered all our research regarding access, snowfall studies and environmental issues, it’s time to form the Master Plan. 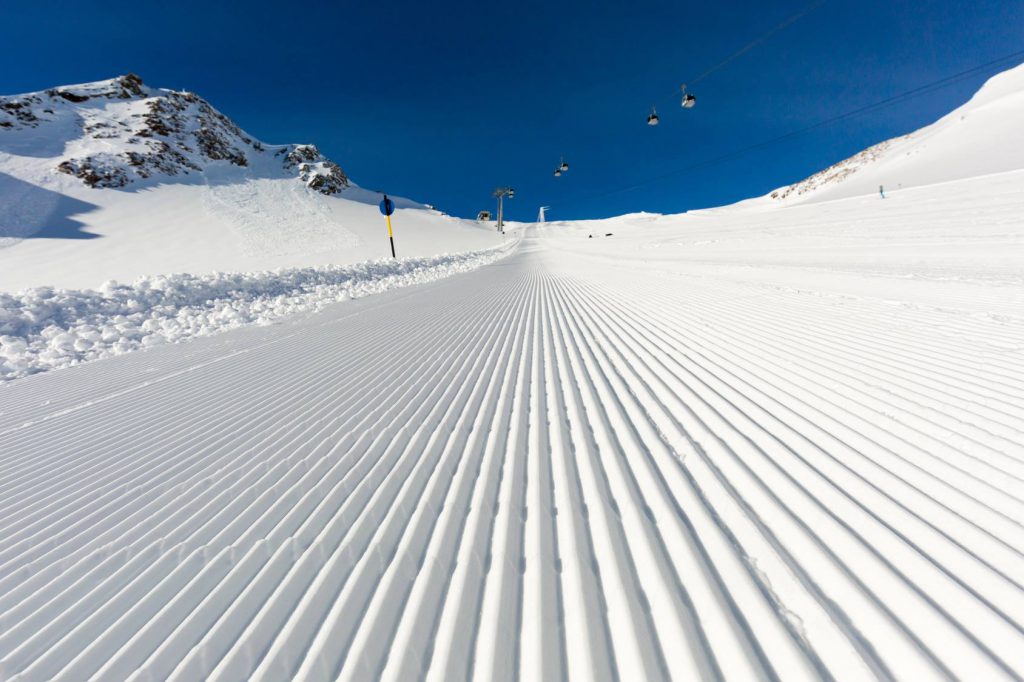 An executive decision has been made that, for the majority of Fall-Line readers, our ski resort needs to be in the Alps (or Scotland – but we went with the former), with a rail station nearby for quick, green travel links. It also needs some sort of previously unknown local microclimate akin to Niseko for world record powder dumps.

Well, it wasn’t easy, but we have found such a place: a hidden snowy El Dorado deep in the French Alps that Google Earth had missed (we can’t give any more details away right now because rival resort developers could be reading this).

We’ve inexplicably got all our construction permits and environmental approvals in record time – just 10 weeks instead of 10 years – so, let’s get planning our lifts!

Time to call in some experts for some lift-planning advice…

Emanuel Wohlfarter of Austrian firm Sunkid, which manufactures those excellent conveyor lifts that have revolutionised learning snow sports, says that access to the resort base, a cafe and, of course, toilets are major considerations when planning beginner lifts.

“For the lift itself you don’t want too steep a gradient, but also not too flat… ideally up to 20-25%,” Emanuel explains, saying it’s important skiers have a progression target, moving from easy to more difficult in steps.

If we’re going to maximise the potential of our ski area, we’re going to need to invest in some bigger lifts, perhaps a nice new 3S gondola from Doppelmayr or one of those revolving cable cars?

We have to be clever when deciding where to plonk our lifts, as Sabine Germann, project manager for mountain recreation planners Ecosign Europa, based in Austria, explains: “When designing a new ski lift you analyse the natural terrain of the study area, looking for skiable terrain. You’re looking for flat areas for the top and bottom station (and mid station if applicable),” says Sabine. “The connection between those areas – the lift line to-be – needs to be within limits that are given by the technical specification and lift line requirements of the planned lift type (for example the slope, cross slope, height above ground, span between possible tower locations and so on).”

Sabine also notes that when designing a lift you want to make the best use of what nature provides you, while avoiding any possible pitfalls. This includes maximising the vertical covered, balancing lift capacity with the capacity of the adjacent pistes and ideally providing ski-in/ski-out to the resort for all levels of skier. So that’s all pretty straight forward then…

Before we start cutting the trails and put the order in to Doppelmayr, I thought it would be useful to call upon the advice of a selection of expert Fall-Line readers, who have generously given their time to tell us exactly what they require from our resort.

Angus Cook reckons our resort should be like Squaw Valley used to be, with no marked runs at all: “A mountain with lifts but no pistes,” was part of his wish list, although he did request “awesome run names” – so I guess even if they’re not groomed pistes they’re still going to get named (can we have run suggestion names please?).

Robert Cooper thinks conventional ski lifts are a bit too pedestrian and that heli transfers should be free to all. “Then the lifts run alongside the helicopters and have heated seats plus TV screens with ski DVDs and an online Fall-Line mag!”

Brilliant ideas, Robert, although he seems to have got a tad over-excited by suggesting we throw in, “cannons that cover the mountain in fresh, light Jap-pow-like snow every night, so every day is a powder day!” and then a bit tyrannical… “The minions we’ve hired work as ski patrol and anyone not skiing with a smile is booted off the slope!”