Here is the fantasy: Fall-Line has been given a money-is-no-option grant to build an all-singing, all-dancing full-scale ski resort that will become the greatest ski area in the history of the world 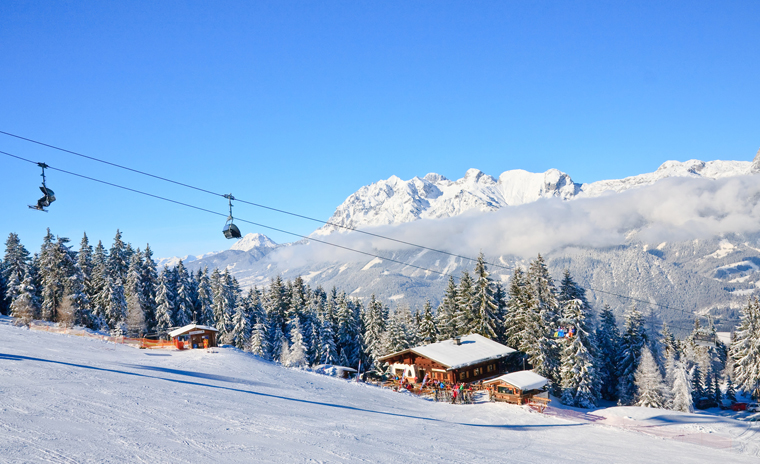 In a stroke of luck, the benevolent nation (France) in which our ski resort is located has extracted a few billions of unpaid tax from multinational corporations, and has offered to add an extra stop on the Eurostar high-speed rail line from St Pancras and fund daily direct services from London for the next few years. Even more remarkably, it will subsidise lift passes until 2020, so it is free skiing for all.

Additionally, the resort designers have finalised the lift network design so that we have the world’s first ski resort with 4,000m of lift-served vertical. As we know, most Fall-Line readers like to hike up above the top of the highest lift to find a fresh line, or indeed hike up from the bottom of the mountain even if there are lifts to use. We have of course allowed for that too, with plenty of bootpacking and skinning-friendly terrain.

It’s all green energy powered, of course. In fact, we’ve got so many solar panels up top that we’re net exporters of renewable energy to the grid. Naturally they’re out of the line of vision so they don’t spoil the mountain vistas, but so high they collect far more energy than they would at ground level, and they tilt in order to tip the fluffy powder snow off as required. Just modestly doing our bit…

In an ideal world…

So in this edition our main task is to bring you the results of our high-powered focus group’s survey into what’s still needed in terms of final design tweaks.

Well, Stephen Goodwin wants some of Jackson Hole’s most iconic terrain. “I’d like Corbet’s Couloir at the top of the slopes as you get out of the double-decker cable car like the one in Les Arcs,” Stephen requests. “Then you drop into the massive mogul field underneath Corbet’s just like at Jackson – it’s fantastic. At the bottom as you come off the mountain I’d like the final run to be like the one at the bottom in Keystone’s main area. Steep ‘n’ fast!”

That all sounds feasible to us. As for the Paradiski-esque lift, we’ve actually already built it, however we won’t be allowing 200 people on like they do between Les Arcs and La Plagne. If we did that we wouldn’t have room for sofas and a bar.

Neale Missen would like us to ensure that all skiers and boarders at our resort know what they’re doing and aren’t limited by budget or ability, which fits with our corporate mission statement. “We need a free ski school with backcountry and avalanche courses. Oh, and a free heli!” adds Neale.

High service standards were a priority for Steve Skarratt. “We need a personal assistant waiting at the end of the final run of the day to remove ski boots, massage feet and put comfy shoes on for you,” Steve sensibly points out. “And to take your gear and put it back in the heated ski room.”

We’re happy to say that we are doing our bit to boost local employment by ensuring there are at least a dozen ski assistants on hand to help you with your every (ski-related) whim 24 hours a day.

Matt Clark had a list of excellent ideas and has now been offered the post of ‘Head of Innovation’ at the resort.

“An airbag under a cliff and strict limits on the daily number of skiers (but a gold ticket for me so I can go whenever I want),” he requests (not a problem Matt, it’s waiting for you at guest services). He adds: “We also need a good hut at mid-mountain selling cheap goulash soup and beer. No wait, I mean free unlimited goulash and beer with your lift pass.”

Other ideas we’re currently still looking into include “loop-the-loop and barrel roll pistes,” from Ian Howells, along with “ice-free pistes”. While Tommy Tucker requests “huge pipes, 50-plus metres round, with trees inside to ski round,” along with the rather more practical, “free underground parking next to the lifts”.

Mash Caine put in a request for “untracked bottomless powder every run.” We really can’t see any of these being a problem.

Martin Sayers made the reasonable request that our resort provide “50% gravity jumps” making it easier to get much bigger air.

We took this request to Kees Albers, the boss of the Dutch-based company Unlimited Snow which has a reputation for creating amazing things in snow parks and is currently working on indoor snow centres in China, Mexico and Oman where ‘Bumper Cars on Ice’ will be a major attraction. Think electric dodgems equipped with laser guns. Nobody actually asked for it but we think that sounds cool, so we’ve decided to add it to our resort.

Anyway I digress: we asked Kees about the 50% gravity idea. “We haven’t got a 50% gravity attraction YET,” he admitted, “but I can imagine it could also include many other attractions and combining it with an indoor snow park would make it year round. People could stay in snow castles.”

Ah, an indoor ski resort for summer sliding, how did we forget about that? It may not be too late – we’ll look into getting an amendment to the plans. It will be powered by green energy, of course, and blend in perfectly with the landscape… Watch this space.