Pin tech for going up, and full alpine style for going down… This just might be the best all round zero compromise touring binding available

CAST isn’t a new name on the skiing block, but this iteration of their ski touring most certainly is. The company was founded a few years back by well known chargers (and Freeride World Tour competitors) Silas and Lars Chickering-Ayers. Essentially they don’t believe pin tech bindings can ever offer the level of performance and safety of alpine bindings, but equally don’t want to tour on heavy and inefficient frame bindings – so they did something about it. 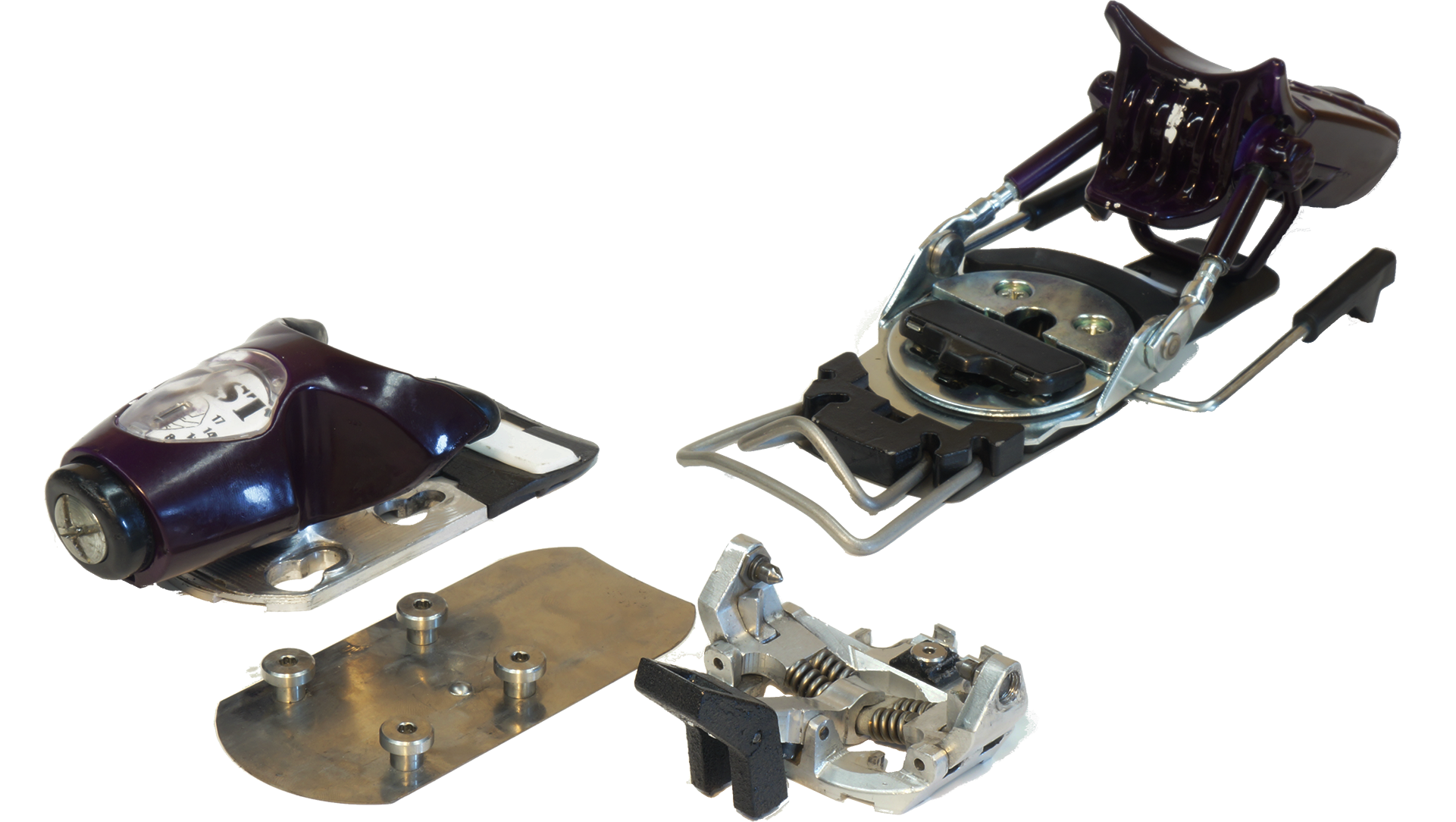 While innovative, their original ‘SI&I system’ was just a bit too fiddly and a bit too clumsy, involving swapping parts of bindings around and fixing brakes out of the way with rubber bands while while out in the cold on some wind-strafed ridge. Not our cup of tea, to be honest.

However, they’ve just announced a new version, the Pivot Freetour. And it looks VERY interesting. Here’s what they have to say about it:

“Freeskiing champs and mountain hardware innovators, Lars and Silas Chickering-Ayers are releasing their latest touring binding to skiers worldwide through their company, CAST Touring. The brothers have created the safest solution for AT bindings to meet their own demands and fill the void that pintech bindings will always leave.

“CAST’s latest binding, the PIVOT FREETOUR, redefines the term “no compromise” within the touring binding market.

The PIVOT FREETOUR is built on the award-winning Look Pivot binding platform, the most trusted and reliable alpine binding in skiing.  CAST’s patented and fully integrated quick release mechanism changes out the PIVOT toe pieces for a set of super lightweight pin-tech touring toes in a matter of seconds. The result is the world’s first pin-tech touring binding with the full reliability and safety of an alpine binding. Available in DIN 4-14 and 8-18 versions, the FREETOUR will come standard with both ISO 5355 and WTR, AFDs to accommodate all skier sizes and styles.

The first production run of FREETOUR bindings will be completed for the fall of 2017. The retail price is set at $650 and includes a full set of PIVOT bindings and a pair of tech toes manufactured by CAST with fully integrated quick release mechanisms, along with dual height climbing wires and auto locking brake retainer.

The FREETOUR bindings are available for pre-order now through casttouring.com. The preorder will ensure earliest possible delivery for all of CAST’s loyal customers who have been patiently awaiting the release of this much-anticipated new offering in the world of PIN tech touring bindings. It will also be an opportunity for committed CAST supporters to get a discount for their early support and offer feedback on the final tweaks to the binding design.”

Now, with the likes of the Marker Kingpin and the Dynafit Beast and Radical 2.0 on the market, people will question the need for the Cast system. Inevitably, we’ll be hearing all about “well, if it’s good enough for Hoji…” but unfortunately not all of us can ski and balance as well as Hoji (other than when we’re asleep or in the pub, anyway). Others will point out that actually, out in the backcountry, you should probably tone your skiing down a bit anyway for safety’s sake.

But here’s the thing: alpine bindings do ski better, and they do release more safely and reliably. That’s something every skier can benefit from, even (especially?) those new to ski touring. Most importantly, they just FEEL better and smoother and more confidence inspiring, particularly on hard or rough snow. And isn’t the sensation the whole reason we go skiing in the first place? When resorts get tracked out by 11am, don’t many of us go ski touring precisely to find the untracked powder snow conditions to safely ski to our limits?

Sure, if you’re on an extended hut-to-hut trip like the Haute Route, weight is probably your biggest concern and the current crop of tech bindings will serve you well. But if your primary reason for going uphill is to go back down, to ‘freeride,’ whether in powder or in steep and rocky ‘no fall zone’ terrain, Cast’s new Freetour system should definitely be on your radar.

Not convinced? Jeremie Heitz and Sam Anthamatten used the Cast system during their La Liste project.

Learn more about the Pivot Freetour or pre-order for a 10% discount here.