Suits made of LEDs. A snow-cave on a Tordrillos ridge. Temps way below zero. Dark, powdery spines. Hollywood-esque crew and kit…

I’ve dreamed of skiing at night, in the dark, and somehow being able to see. This was the reality when Chris Benchetler and I spent ten days in Alaska with Sweetgrass Productions, filming a project called Afterglow for Philips Ambilight TV.

It was unlike any ski filming I’ve done. Safety was at a higher level because there’s no heli support or evacuation when it’s dark. To pick the pillow lines like they did in British Columbia was one thing, but in Alaska there’s ten times the safety concern. For us athletes it was scary and challenging.

We were a team of 13 – including a huge lighting crew with Hollywood-style generators, sling loads and a drone, plus a guide, the filmers and a MacGyver-type guy who could pretty much solve any problem that came up.

We filmed in the Tordrillos range. Most of us came in by Beaver floatplane (with skis as ‘floats’), landing on the frozen Talachulitna River 75 miles north-west of Anchorage. Then we were out for two nights skiing this face with spines – the kind of terrain you go to Alaska for. 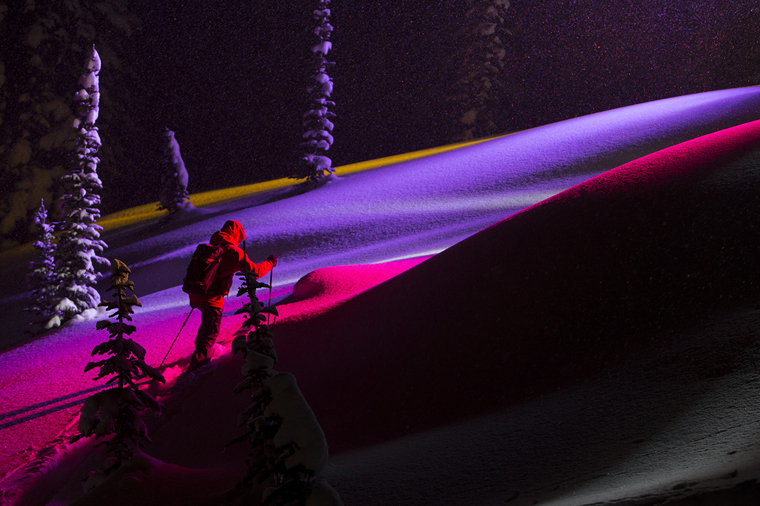 We flew out at about 6pm – Chris and I went  first to take a freeski run and do some snow assessments, dig a pit and see the conditions.  At 8pm they’d start getting all the lighting set up and we’d help with that, putting it in place on the ridge line by 9pm – we had daylight until 9.45pm, then the helis had to be out of there.

Chris and I built a snow-cave up on the ridge because we weren’t due to ski until much later when it was pitch black. We tried to stay warm in there but it was super-cold – definitely minus-10 or lower.

During this time the production crew was getting ready and testing everything, with everyone in different locations. If there was trouble with one generator, light system or drone, or a new battery was needed somewhere, the guys would be trying to figure it out, with everyone communicating by radio and MacGyver up on a gnarly ridge doing some trouble-shooting. 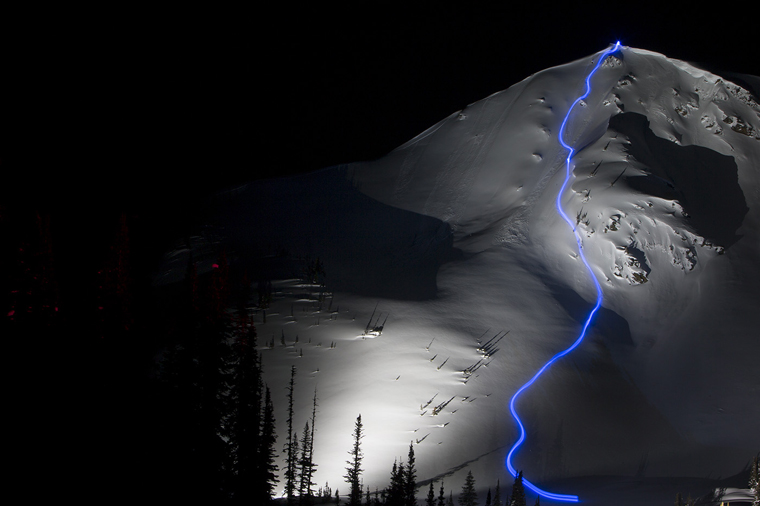 It was one of the most amazing experiences to be up there in the mountains at night. We had nice clear nights for the shoots – we didn’t want to chance anything with the weather. We had huge shows of the Northern Lights, surrounded by beautiful mountains. It was a treat just being up there. We had no wind, which was lucky, as wind would have made it a lot colder and more difficult.

When everyone was ready, about 2.30am, we changed from our ski clothes into the light-suits in our snow-cave changing room on top of the mountain. They’re basically strips of individual LEDs sewn onto a ski suit with fishing string – each suit apparently cost Sweetgrass $7,500 to make. I was like, “Can I take this home with me?” 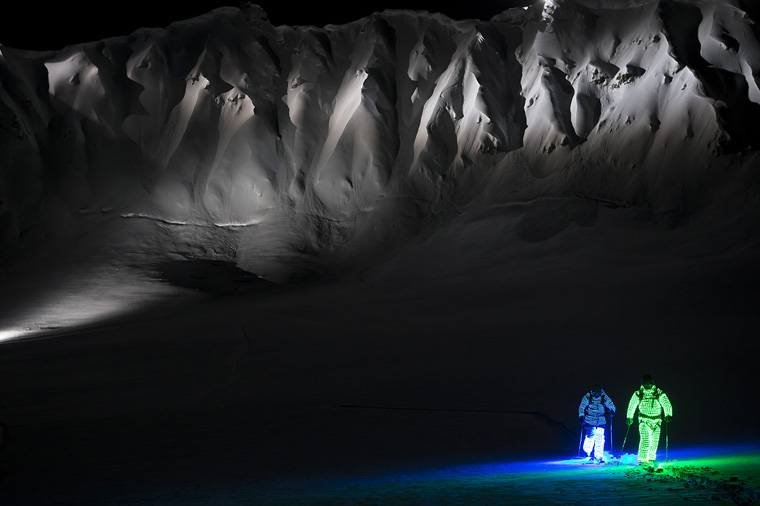 Daron Rahlves and Chris Benchetler get their glow on| Oskar Enander

The suits helped light the way because we were skiing back-lit and couldn’t see much in front of us, so it was good to have a 20ft-radius glow.

They were heavy and hard to move in – and our first chance to ski in them was on our first filmed run. But skiing an Alaskan spine in the dark wearing a green light-suit was a trip.

When one sense – like your vision – is limited, your feeling is intensified.

All the same, after each run I’d get to the bottom and think, “Whoa! That’s one of the coolest things I’ve done on skis.”

Read the full story, and see more pictures in issue 128 of Fall-Line out now, or watch a video from the shoot here. 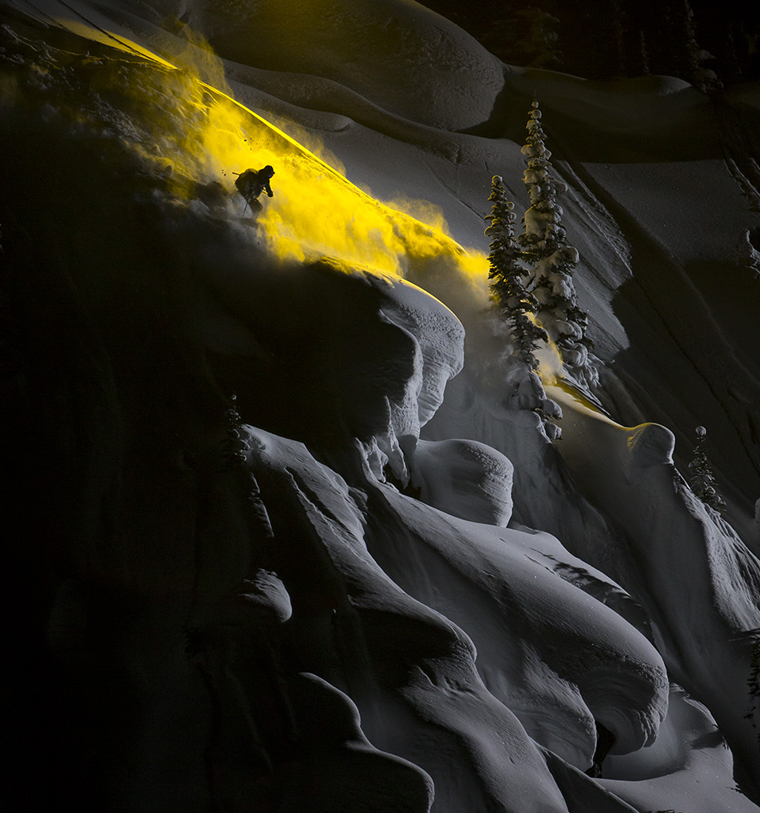