So why does Ric Potter make my esteemed shortlist of Backcountry Gurus?

Nope – it is for his amazing personal ethos and philosophy that, from his family values to a welcoming and inclusive love of all things snowsport, runs through the very core of all he does.

I first met Ric in ’95. We were both working at Plas y Brenin, the National Mountain Centre, and he had just come back from an expedition to Peru, climbing new routes with the legendary Joe Simpson. Rather than bragging about their achievements, what impressed me most was Ric throwing a wink to Joe’s chequered past by calling the slide show ‘Avoiding the Touch’.

Like most mountain guides, Ric has an impressive mountaineering CV. But reconciling the work and play of an international mountain guide, with raising a young family, is a challenge at the best of times. Ric almost stopped serious mountaineering when he became a dad. But we quickly acknowledged that, while you can hardly take your kids climbing on remote and risky north faces, you are able to ski and tour with a young family, almost without compromise.

So in 2005 Ric and Kate moved their young family out to the Chamonix valley ‘for a year’ in search of the ideal work-life balance. Suddenly, guiding the Vallée Blanche became a much more 9-5 affair and the family embraced the new rhythm. The kids (then aged three and eight) loved it.  Starting on skis, the kids joined their local (race-focused) ski club, with Ric hopping on a telemark rig for their days off together. When Maisie was told “she was not fast enough”, she soon jumped ship to a fantastically friendly snowboard club, where she flourished.

Keen to keep up, Ric started boarding on his days off. So Ric and Eden had their own snowboard coach, as Maisie passed on all she learnt. She may have been a tad harsh in her early feedback (“just try to be a bit cooler, Dad”), but being out there with the family, getting burnt by your daughter while learning new skills all together, makes Ric a pretty cool dad by my reckoning!

Soon they were all on a steep multi-discipline learning curve. Maisie started showing her potential, winning events in Haute Savoie. Then, aged just 13, she won the overall title in snowboardcross at the British Chamionships. After winning three years in a row, she was selected to represent team GB at the European Youth Olympics. Maisie is now on the GB Snowboardcross World Cup squad, and doing the World Cup events this season, which are the qualifying events for Beijing 2022.

Half guessing the answer, I asked how pushy they were as parents. “We didn’t need to push,” says Ric, acknowledging “Kate’s been brilliant, helping Maisie with all the funding and support she needs”. Every bit the proud dad, Ric is just as animated about skiing steeps and sharing mountain adventures with Eden, and readily acknowledges that “it’s a privilege to go touring with your wife and kids”.

In the early days of guiding on a snowboard, Ric used 1m approach skis for the ascent, which he would carry down. “Then, one day I hired a splitboard and never looked back,” he says. Mixed teams are more compatible than ever, and it is no longer the choice of skis or boards that divides them. “It’s about the skills of the individual, and their familiarity with whatever kit they are riding”. As such, Ric doesn’t see himself as a ski guide or a snowboard guide – but rather a snowsports guide. In his words “it’s all flats and edges” and the skills of boarding, telemarking and skiing are all super-complementary in your development as an all-rounder in the mountains.

Ric recognises how much empathy and experience he has gained from his time on a board: “Boarding helps you think differently about skiing. It breaks the myth about perfect ski technique. Everything is possible and everything is okay”.

As such, Ric delivers a great reminder that, whether you ride a board, telemark or alpine skis, at the end of the day it is all about sliding downhill in beautiful places.

If you remember that, “it’s hard to get too hung up on whether your arms are in the perfect position”. Amen to that! 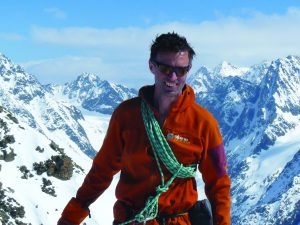 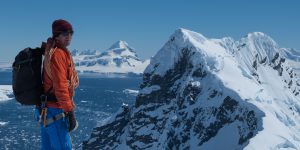 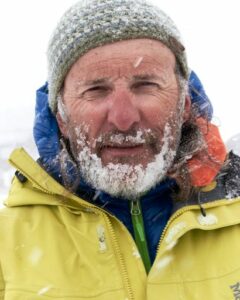 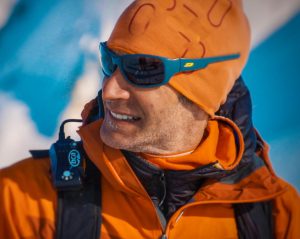