Spend a lot of time skiing off-piste? Then a good avalanche pack is money well spent

The best way to survive an avalanche? Don’t get in an avalanche at all: There’s no replacing snow safety skills and good decision making (check out these courses if you want to build your knowledge) but even the most knowledgeable, risk-adverse riders in the world have been caught out, and airbags have saved lives.

“For regular off-piste skiers, they are worth it.” says Scott from Edge & Wax. “Prices are dropping, and they do increase your odds of survival. We had a customer caught with five others when wearing an airbag. He alone didn’t need major medical help, and it was him being able to assist that helped the others survive.” 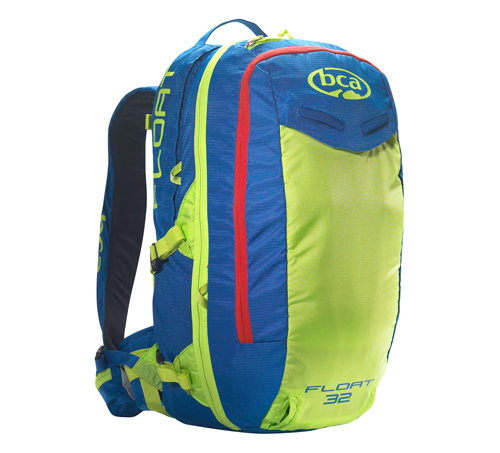 BCA’s flotation bag deploys behind the wearer, allowing plenty of room to manoeuvre arms and head. It’s lightweight (3.22kg with full cylinder) and features external shovel and probe pockets, diagonal ski carry, helmet carry, belt pockets, lined goggle pocket and hydration sleeve. The refillable canister has a gauge so you can check it without scales. This winter BCA have redesigned Float 22 and 32 with more adjustability and carrying features.

A petite JetForce pack, this 11-litre, 3.2kg stripling is ideal for lift-accessed freeride forays. It contains the same clever built-in jet-fan-inflating airbag as its bigger siblings (see above and below), and also features an avi tools pocket and helmet holder. And even though it’s not really big enough to do a skins-and-all excursion, there’s a tuck-away diagonal ski carry in case of mini-boot-packs.

This is the senior member of the JetForce family; the large-loader that wants to go hut to hut, or sit on the back of a ski patroller. It has plenty of room for your crampons and sawn-off toothbrush, as well as a diagonal ski-carry set-up (that allows the airbag to deploy when your skis are attached), easy-access shovel and probe pocket, ice tool PickPockets and helmet holder. Airbag and all, it weighs 3.5kg. 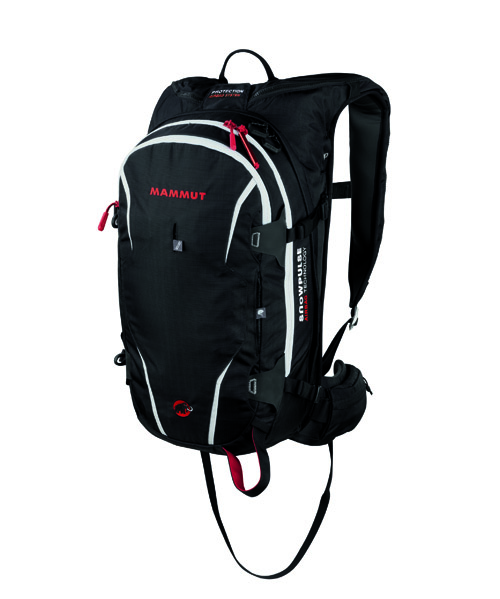 This functional pack, ideal for day tours, is fitted with the Protection Airbag System, which uses a carbon cylinder that weighs significantly less than a steel one. The pack has plenty of features, including back length adjustment, safety leg loop, a front pocket for shovel and probe, a diagonal, stowable ski carry, stowable helmet carry, a hip belt pocket, padded goggle pouch and several compartments. Lighter than its predecessors, it weighs in at 2.55kg, including the integrated (but removable) airbag. 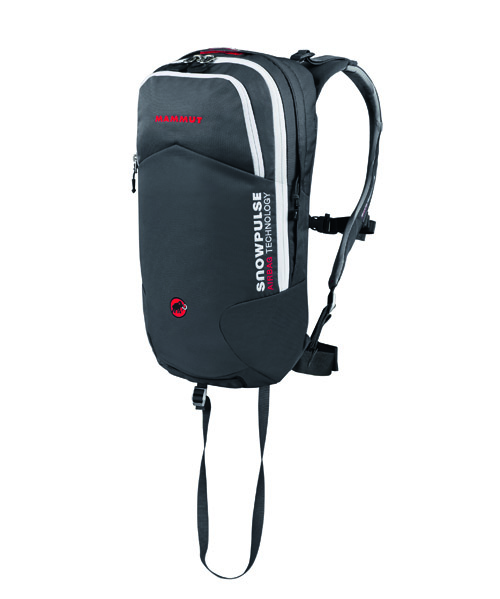 This is Mammut’s most compact airbag pack, designed largely for lift-accessed freeriding and the occasional boot-pack. It weighs only 1.97kg including the airbag, has a capacity of 15l, and has a low-profile, close-fitting design. At this size it’s especially handy to have a removable airbag so you can just slip it out for days on the piste. There’s a safety leg loop, internal compartment for shovel and probe and diagonal ski carry.