Arapahoe Basin is the best resort you’ve never skied. And this season gets even mightier, thanks to a 468-acre expansion. Over 10 years in the planning, it’s not only the increase in size (312 extra football pitches for the agriculturally challenged among you) that’s so exciting, but the steeps it unlocks. 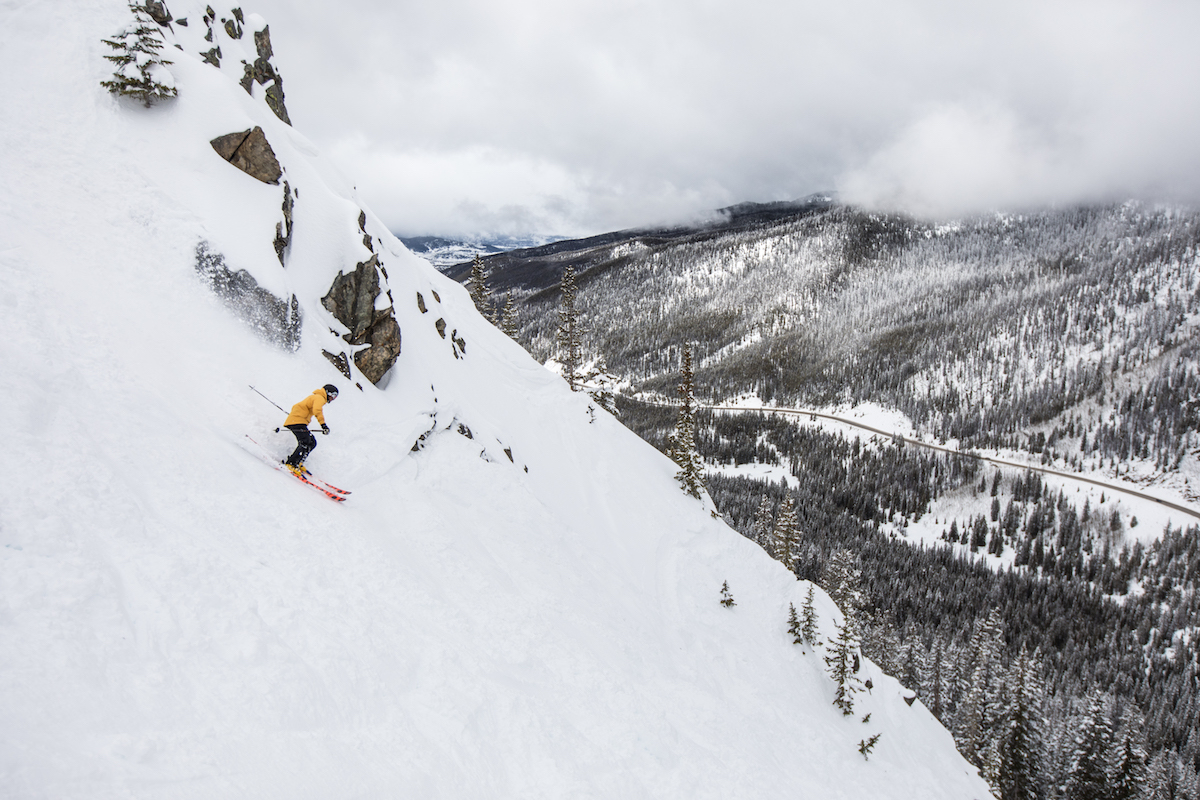 Off Pallavicini lift (or simply Pali to those in the know) has always been sensational; some of the best 40° banger options in Colorado. Which enabled the now 1428-acre area to ski so much bigger than it is, and attract talent from Denver (68 miles away) and plenty of far larger, but somehow less satisfying, nearby resorts like Vail.

But after exploring jagged, hardcore yet thrilling shots like Turbo, 3rd Alley, The Spine and Gauthier it’s hard not to lustily glance skier’s left and think: more, I want more! Over a pint in the base’s welcoming 6th Alley bar (here, like everywhere at A-Basin they genuinely seem happy to see you) you can fantasise about one day bringing your touring gear and conquering all that incredible sidecountry stuff…

The Beavers & The Steep Gullies

Well, now you can. And with a lot less hassle. As it’s part of the resort and avy controlled. But not too sanitised, as despite there being a new lift to service the expansion, the most serious of shots end well below it, meaning a mandatory and slightly uphill 30-minute hike out.

Fall-Line had a preview of the new terrain – called The Beavers & The Steep Gullies – early this year. And while the conditions were bony rather than glorious, and only four-fifths of the new area was open (with the lift yet to be installed), the potential was clear. And more than once a happy mutter went round our small group, along the lines of “Bloody hell, that’s steep and tight, and long!” when exploring the appropriately named Steep Gullies.

Simply numbered, and named, one to five along a large, exposed face, think slots with sheer rock walls either side, at times so close you desperately want to grab them to halt the gravity that’s pulling you down, down, down. In short, it’s brilliantly knackering. While if you desire even gnarlier glades in what is now A-Basin’s steepest part of the ski area, Janitors Only and The Cellar hem in this quintet of ferocious chutes, left and right.

If all that sounds a bit terrifying, the extra slopes (with 34 added) are not just about pleasing steeps addicts, with Loafer, also part of the new north and west facing terrain, the pick of the bunch. It’s a much more friendly blue trail, but a cracker. A wide open GS run gone nuts, in a good way, packed with dips, rises and camber changes; yet still steep enough to require a piste basher to be anchored, or yo-yo off another machine, when grooming it. 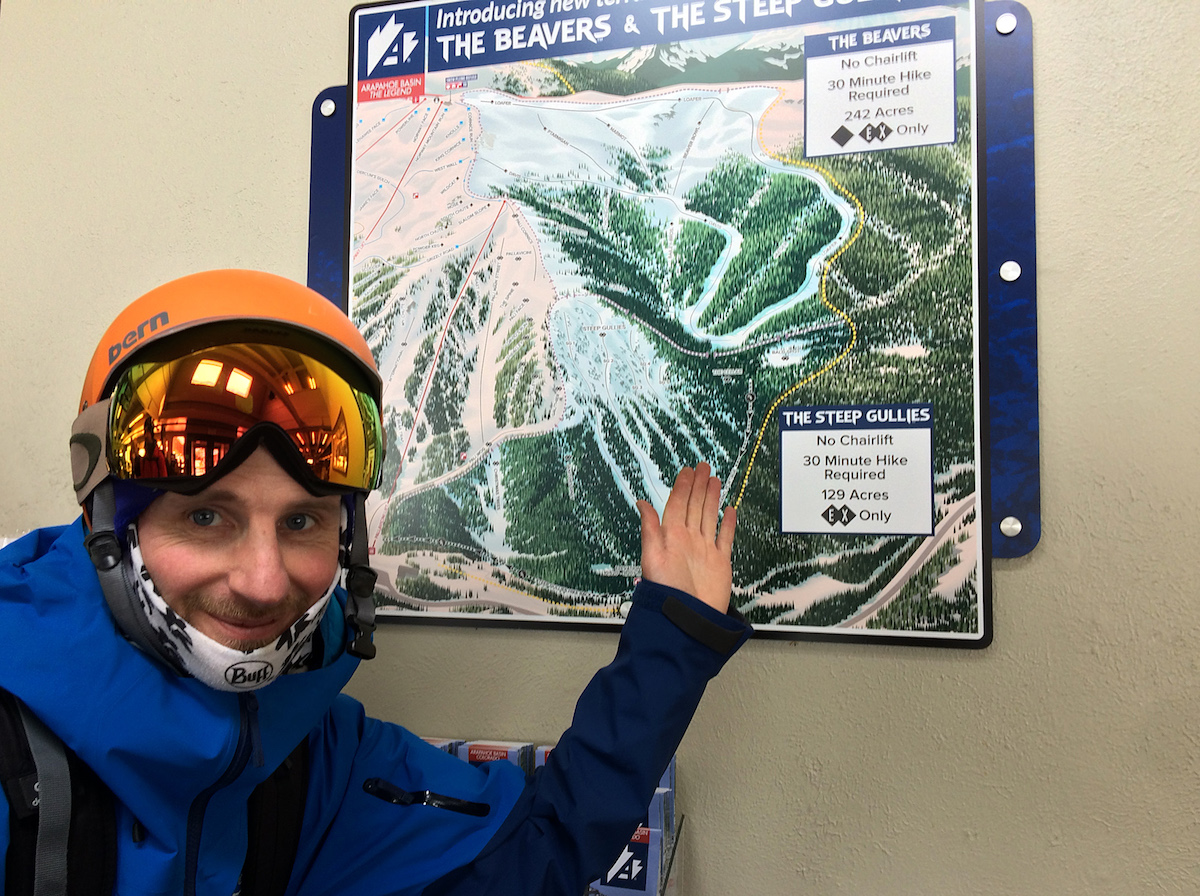 With black-rated tree trails either side, and run-outs to the now working four-person chairlift via Davis and The Last Waltz, you could spend days here and not get bored. Which is Arapahoe Basin all over.

Book a cheap flight to Denver with Norwegian, hop in a car for 70 minutes, buy a four-day $189 pass and experience joy on a budget that will make you think you’re in Bulgaria rather than the best of North America.

Here are our pick of the ski state’s improvements and curios for this winter:

Like A-Basin, small but mighty, and spending big to entice you. They’ve just opened Chet’s Dream (named after the longtime owner) the resort’s first high-speed quad to go with goodies like free cat-skiing runs.

Always on the must-do list as it’s so extreme and bonkers, the southern Colorado spot just added a $39 heli drop. Yes, you read that right…

If this month’s review (see Little Hills on p28) has got you dreaming of the San Juan mountains, a new high-speed quad has been built in the Alberta area, where all the best steeps are.

Skiing can always get better! With Steamboat this season introducing a snowcat that roams the mountain – much like a giant, mechanical St Bernard dog – serving tacos and beer.

You can also track The Taco Beast online. 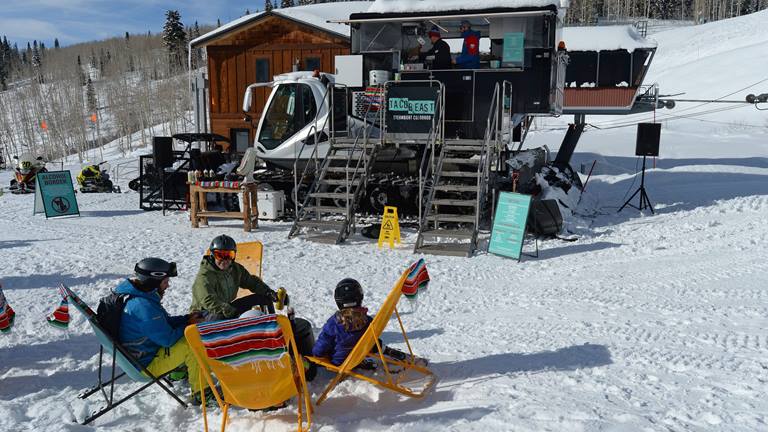 Revealed: The best ski resorts in the world

Six ski gems absolutely worth flying to Colorado for