The Grandvalira Season Ski Pass will give access to 303km (188 miles) of slopes for snowsports.

In the coming weeks Grandvalira Resorts will announce the full details of the product, price and brand.

The principality of Andorra is situated high in the Pyrenees between France and Spain. Although small (at 0.19% the size of United Kingdom – or a third of the size of London) its landscape is mighty and mountainous. The country is probably best known for skiing and snowboarding.

Previously, the skiing in Andorra was made up of three main areas – Grandvalira, Vallnord-Pal Arinsal and Ordino Arcalís. Grandvalira is a huge area with 210km of piste and was formed when the resorts of Pas de la Casa – Grau Roig and Soldeu – El Tarter joined together during the 2003-04 season. Ordino Arcalis was integrated in 2019.

Vallnord ski area – with resorts Arinsal and Pal – is set to be incorporated into Grandvalira Resorts this winter, creating Andorra’s countrywide ski pass.

The ski country is known for having great intermediate terrain. While Arinsal ranks as one of the best family ski destinations, Pas de la Casa is the highest resort in the country and is known for its good party. Connected Soldeu is more low-key.

Ordino Arcalís, its orientation on the north-northwest slopes, has the best snowfall and snow quality in Andorra. It’s located end of the Ordino valley and is a quiet spot in the Andorran mountains. The freeriding is the best in the Pyrenees and the landscape is beautifully preserved. It’s home to an annual stop on the Freeride World Tour. 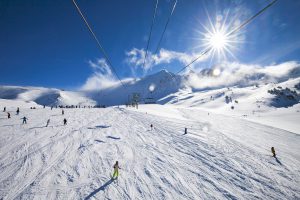 HOW DOES SKIING ANDORRA STACK UP VS THE ALPS? 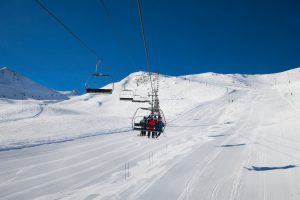