The British Columbian big-mountain pro-rider is known for his daring, powerful style. But Ian McIntosh tells Will Robson that recent events have left him reflecting hard on ‘risk versus reward’ and what it means for the next generation of riders aiming high 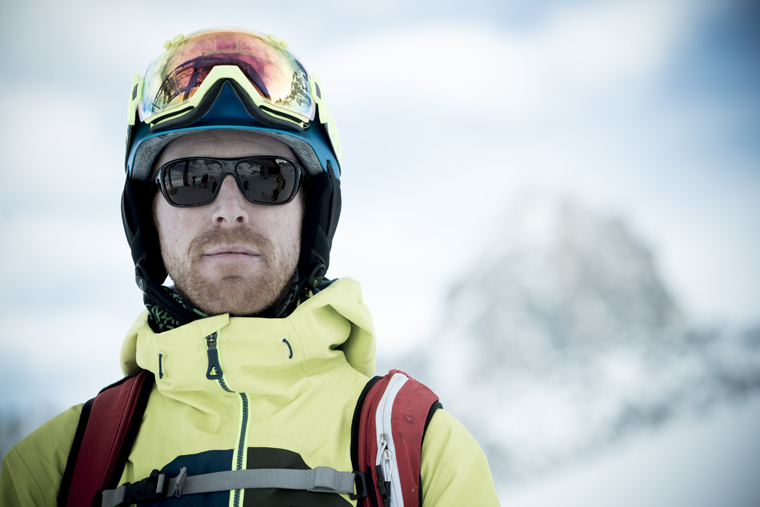 “I feel our sport is pushing the boundaries of safety and progression a little too far.”| Photo Dan Milner

Will Robson: You have a reputation as hard-charging and strong. How has your style evolved since you went pro?
Ian McIntosh: I think that’s a pretty accurate description of my style. What’s changed is my approach to risk versus reward and I feel I’m a much smarter skier now. I still want to charge super hard and fast, but I pick better, less high-risk, lines.

WR: How did you first make your mark in pro-freeriding?
IM: It was on the freeskiing world tour, placing second overall in 2004 and third overall in 2005. I also sent TGR some of my footage that I had in another ski film. They gave me a chance to ski in their film and I got my first paying contracts.

WR: What impact did the deaths of Andreas Fransson and JP Auclair have on you and your fellow riders?
IM: The accident had a huge impact on the community as a whole. I’m truly saddened and find it hard to believe those guys are gone. Once again, I have lost people who were not only friends and heroes of mine but also a huge source of inspiration. It’s another reminder of how fragile we are and how dangerous the environment is in which we play.

WR: Is the sport becoming too dangerous? Is it still worth earning your living filming ever more spectacular film segments in ever more remote parts of the world?
IM: Perhaps… or perhaps it’s the fact that the sport draws more attention when things go bad than other sports or professions. For example, loggers, fisherman, aircraft pilots, farmers, construction workers or free-divers: all have high accident rates, but we don’t ask if it’s worth eating fancy shellfish or putting people at risk to cut down trees and build our infrastructure.

Some people might say those jobs are necessary and pro skiing isn’t. But I feel our job has many valuable qualities. It’s vital to inspire people to get outside and pursue their dreams.

Depression, obesity and a ‘disconnect’ with our natural environment are huge problems these days. By inspiring people, especially young people, to get outside and play in the wilderness and follow their dreams, we can play a part in creating a society that’s happier, healthier and more engaged in protecting the world.

That said, I feel our sport is pushing the boundaries of safety and progression a little too far. We need to remember the mountain environment is dangerous and the human body has limitations. 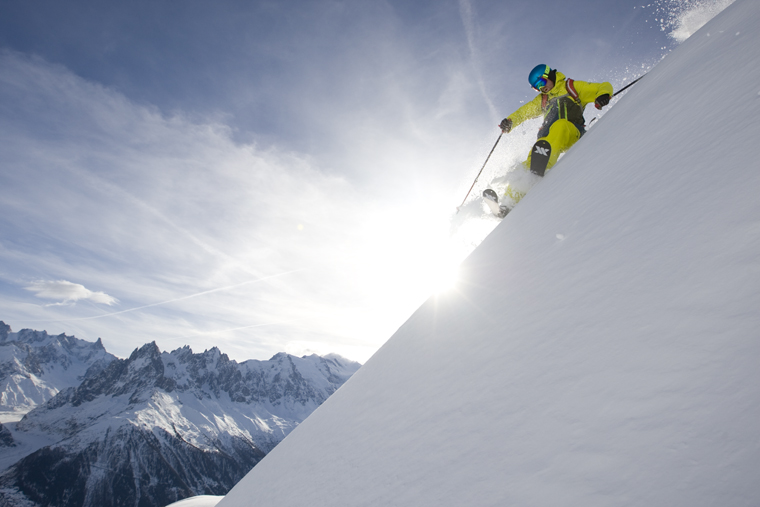 Close to the edge in Chamonix | Photo Adam Clark

WR: Ought pro-riders stop and wonder if their luck will run out – and if they do, is that the time to stop?
IM: It’s important constantly to check yourself and ask if the risk is worth the reward. This is a personal question and everyone has a different answer. If the risk of what you’re doing is higher than the reward of success then you need to stop. Live to ski another day! After all, no descent is worth dying for.

Many amateur skiers take the same level of risk that Andreas and JP were taking on that day. Most of the time it’s all good, but sometimes we can lose even the world’s best skiers, in an instant. It doesn’t mean we should all stop playing in the mountains; a life spent pursuing passions and dreams will always be better than a long life of regret, wishing you had done something more. We just need to respect the mountains and be prepared for challenging situations.

WR: Have your own accidents and the loss of friends caused you to reassess what risks you are prepared to take?
IM: Yes! I’ve learned to assess the risk versus the reward. Reward to me is a life spent doing what I love, not money or fame. I’m not willing to stop doing what I love even though it’s inherently far more risky than what most people do. If my life was cut short, I would die happy and without regret. I think most people in my sport believe that the level of risk is acceptable and they cannot imagine living any other way.

WR: Technology is opening up more of the mountain for us to ride and have fun. Your ski sponsor seems to be leading the charge and Völkl’s Mantra is Fall-Line’s Ski of the Year. As a Völkl athlete, have you tried it and can you see why we like it so much?
IM: Yes, I have skied the Mantra. Why I love it and why I think you love it is probably the same reason: it’s just such a versatile ski. On hard pack it carves like a GS ski and in my mind performs better than most carving skis. In powder or crud it’s smooth in the turn and super fun. When landing airs it’s stable and easy.

WR: Which of the Völkl range are you riding this season, and for which conditions?
IM: I’m on the Shiro most of the time. When I’m backcountry touring, I like the BMT122 or the 109, depending on the snow conditions. When the conditions are hard pack, then I take out the Mantras.

WR: Do any come close to being that elusive one ski that does it all?
IM: I use the Shiro most of the time because I’m always in the pursuit of powder, plus it’s also good for touring and not bad on hard pack either.

WR: You’ve had some tough injuries in your time. Does it get harder to come back fighting?
IM: These days I’m better at managing rehab, and I’m better at training too, which has made me far stronger than before. This, in combination with a smarter approach, makes me less prone to injury.

WR: Who were your heroes back in the day, and who still inspires you with their style, bravery and attitude?
IM: Seth Morrison and Shane McConkey were probably my top heroes. So many people inspire me, but my number one inspiration is Jeremy Jones. 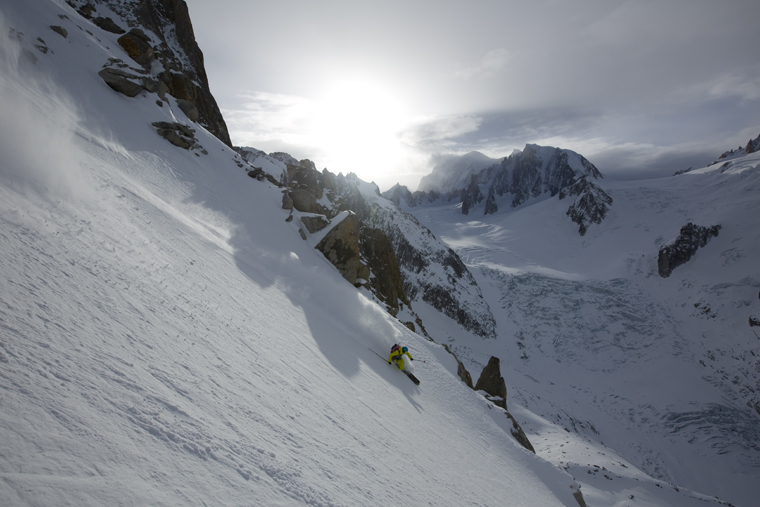 WR: Do you see the merging of freeriding and freestyle competition as a good thing? Are the days of the stronger, faster, hard-chargers winning competitions over?
IM: I think the merge is good as it promotes progression! And there’s still room for the hard charger to make an impact and do well in these comps, if they show skill, make smart decisions, and don’t take stupid risks.

WR: Who, in your opinion, most ably combines the best of both approaches in the new era of big mountain riding competition and film-making?
IM: In comps, I think guys like Drew Tabke do it best. In film, I think guys like Sage Cattabriga-Alosa and Sean Pettit are the best. Of course there are many others, but those are the first names that come to me.

WR: Can you explain the success of British Columbia (BC) in producing awesome riders? Is it the terrain, the culture, the genes – or a combination of all three?
IM: It’s a combination for sure! Not only does BC have some of the best terrain on the planet, but it also has some of the most consistent snow. It’s this snow combined with our culture that allows skiers to excel.

BC culture embraces the outdoors and people here are active and healthy. The amazing powder combined with awesome terrain and a culture that loves to play outside are behind all the amazing skiers we produce.

WR: Which gets you the most stoked: launching down a mountain in competition or when the cameras are rolling?
IM: I’m more inspired to ski powder and first descents with my friends. Competitions are a great way to get noticed, but I don’t think our sport was ever meant to be a competition sport.

WR: What are you up to this season? Are you working on any projects you can tell us about?
IM: Well… I’m working with TGR as usual and I have some projects in the works but you’ll have to wait and see. Also I need to see if it snows where I want to go!

WR: As one of the sport’s more experienced riders, what advice do you have for youngsters coming up through the ranks?
IM: First, I’d tell all those young kids not to take it too seriously. Have fun and enjoy the sport in its most pure form, freeskiing tons of powder with your buddies. To those who are passionate enough to pursue a potential career in the sport, then training hard on and off the snow is very important.

Strength is key to helping avoid injury and giving you an edge on your peers. Make smart decisions to avoid injury. No one remembers the guy who got hurt, and it’s hard to get noticed when you’re always healing from injury. The best way to succeed is to stay healthy and continue to improve. Also, injury has a huge impact on your confidence and mental state.

Do everything you can to get noticed; competitions, taking photos and filming with smaller companies or even your buddies. These days there are lots of guys who got their start by putting edits online.

Remember that there are tons of talented skiers out there, so to stand above, you must understand that skiing is the easy part. You have to be social and marketable. You have to be good at answering emails, doing social media, and giving good constructive criticism on product design and function.

You have to train hard and be professional on and off the snow. You are a marketing tool for a sponsor, so find out what that means. Try to understand sponsors’ goals and you’ll have a higher value to them than a more talented skier who doesn’t make the effort to see the business side. FL