Following on from his awesome debut exhibition in 2018, the legendary former British alpine ski racer Konrad Bartelski will showcase his latest photography at Wimbledon Fine Art in London from the 6th of December to the 23rd of December.

In addition to being the first British male to stand on a World Cup Downhill podium with his 2nd place at Val Gardena in 1981, Konrad is an exceptionally talented photographer and lover of wild places. We went to his first exhibition back in 2018 and were utterly wow-ed by his work! 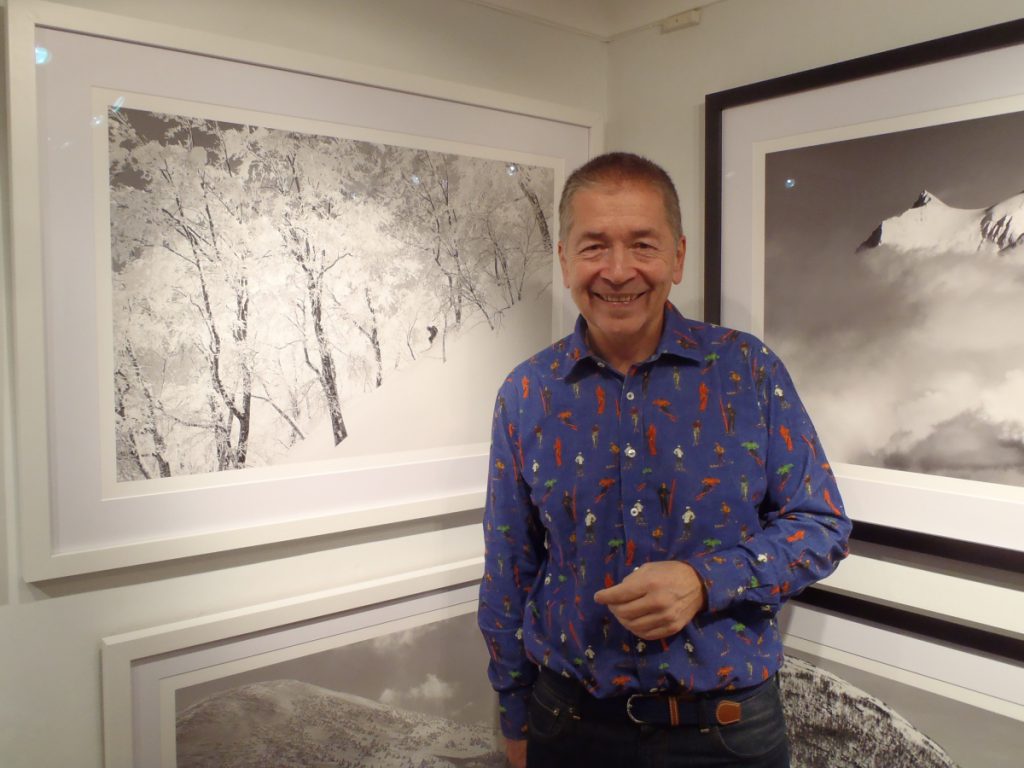 Konrad has undertaken many expeditions to the remote and extreme corners of the world; to the Norwegian Arctic, Antarctica, climbed volcanoes in Iceland, Northern California, Kamchatka, Russia and Japan, as well as the uncharted slopes of Kyrgyzstan, the back-country in the Alps, Kashmir and the majesty of Patagonia.

Konrad’s passion for the vast spaces is inspired by the local knowledge and skills of some most remarkable and hugely experienced mountain guides and he claims that “It is these sensitive and imaginative characters who have enabled me to explore the areas of this earth where the perspective and scale of the winter geography is captured at its purest.”

Inspiration in droves – don’t miss it!

The Gallery is open from 11am to 4pm – Monday to Saturday

MORE FEASTS FOR THE EYES: