Arianna Tricomi must be one of the happiest and nicest world champions you’ll ever meet! The 26-year-old Italian, picked up her second  Freeride World Tour women’s ski title in Verbier last weekend.

Matt Masson caught up with the back-to-back FWT Champ as she headed back to her home in Innsbruck. 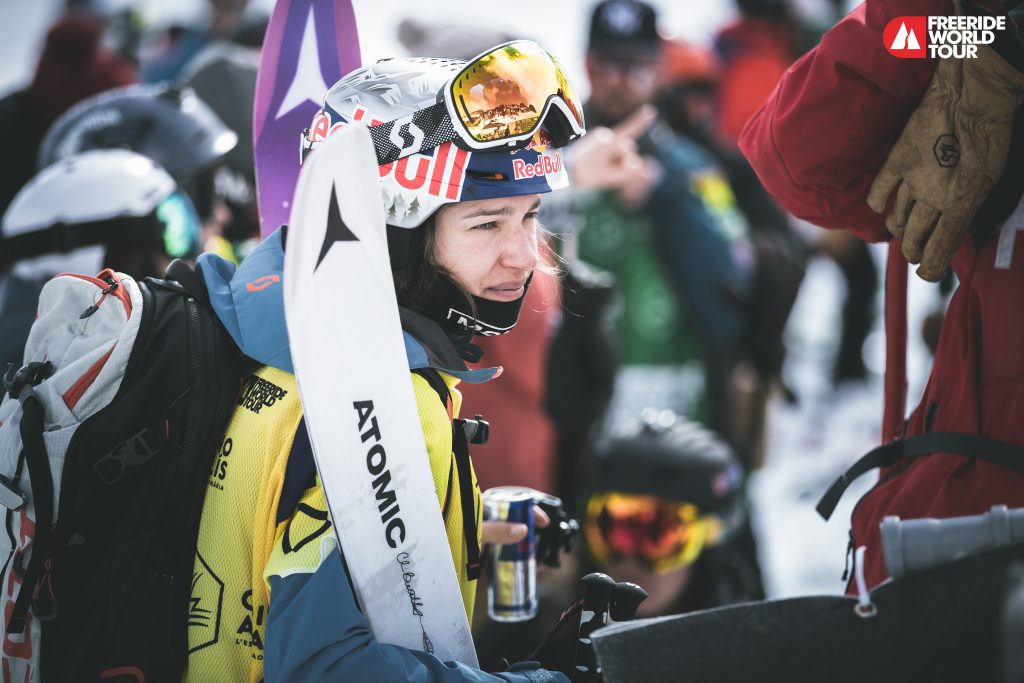 Arianna On – Her Back-To-Back Wins:

“It’s still pretty crazy, I can’t really believe it. I wasn’t really looking for it, at the start of the season. Then I won Japan and thought: ‘WOW! This is a pretty good start!’

It definitely wasn’t the easiest season and it was such a challenge to keep the golden bib, I’m so happy it all worked out.”

Arianna On – Her Approach Going Into Xtreme Verbier:

“The line I skied, I saw straight away, at the face-check. I started thinking a lot, about ‘maybe I should ski something else? Different, less playful, Steeper or engaged?’ I wanted to stay true to the way I ride. The more I looked at the line, the more I thought it would be fun. I’d love to ski that run with powder, because with powder, you could really go for it. The snow conditions were tricky, it was pretty crusty where I skied.

My plan was to stay to true to my style, trust my eyes and the way I ride. I think the line was pretty playful, but when I dropped in the snow was pretty bad. The drops were fine, but the skiing between them was conservative. I was just trying to not fall, because I thought if I go too fast, I could just crash. I wanted to bring it down, but also have a good result, so I’m super-happy I ended up 2nd on the day.” 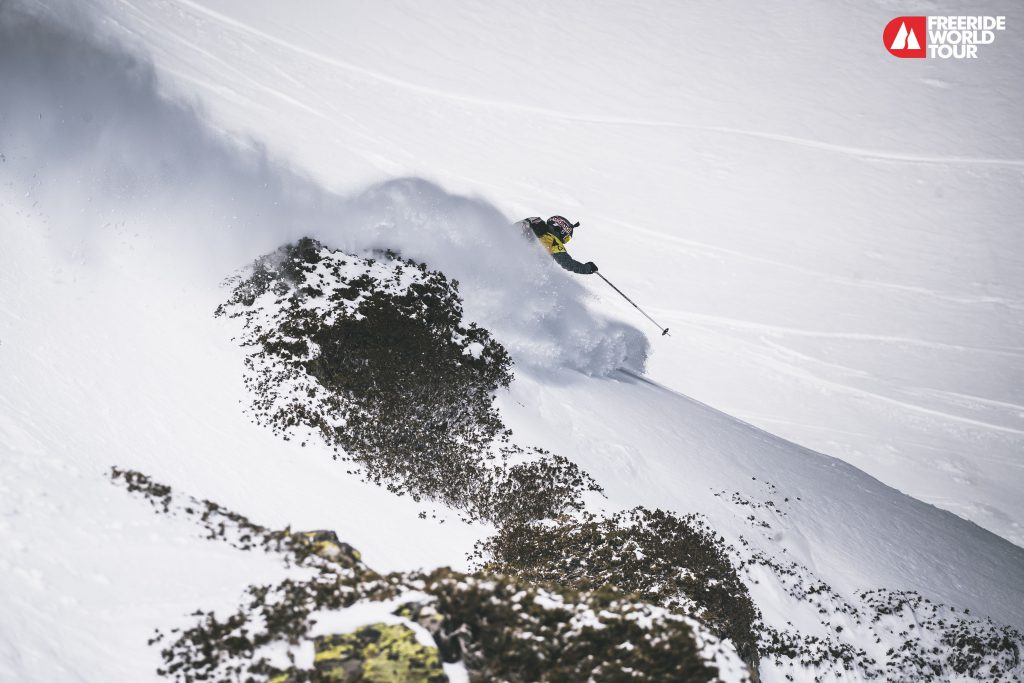 Arianna On – Her Fellow FWT Competitors:

“The nice thing about the FWT is that it brings together a lot of characters. It’s super nice to share the same passion with so many different people. It’s inspiring to be on the tour and watch other people ride. Sometimes they see lines and things that you might have missed. I look up to the snowboarders a lot, it’s a pleasure to share these two/three months together, competing, but mostly having fun around the world. I want to say a big thank you to all the other competitors.

Arianna On – Skiing And Studying:

“I have skied all my life. I did alpine, with good results, but then it became so strict so I either had to get serious or quit, so I quit and moved to slopestyle. I really liked slopestyle, but once it became FIS (ski governing body) I did one year of World Cups and thought, I didn’t want to do it anymore. So, I quit that too, it felt like going back to alpine. I was a bit lost at that time, because I didn’t really know what I wanted to do with my life.

I still wanted to ski, but I was getting older so I had to start earning my money or go to university. I took about two years break, working as a ski instructor and other jobs in summer. I took a year-and-a-half to decide what I wanted to study. I didn’t want to go to uni, just to be a student and use my parent’s money, just to have a good time. I took a while to realise that I wanted to study physiotherapy. I’m so happy I took time, because I look forward to becoming a physiotherapist one day.

When I moved to Innsbruck to study, I used to find an excuse to miss school to do freeride comps. It started as a bit of a joke, it was just a nice excuse to ski all around Europe. Then I qualified for the FWT after two years. It was pretty crazy, I was still studying, trying to ski the tour, and still hiking, surfing and trying to do a lot of stuff. It all worked out in the end! 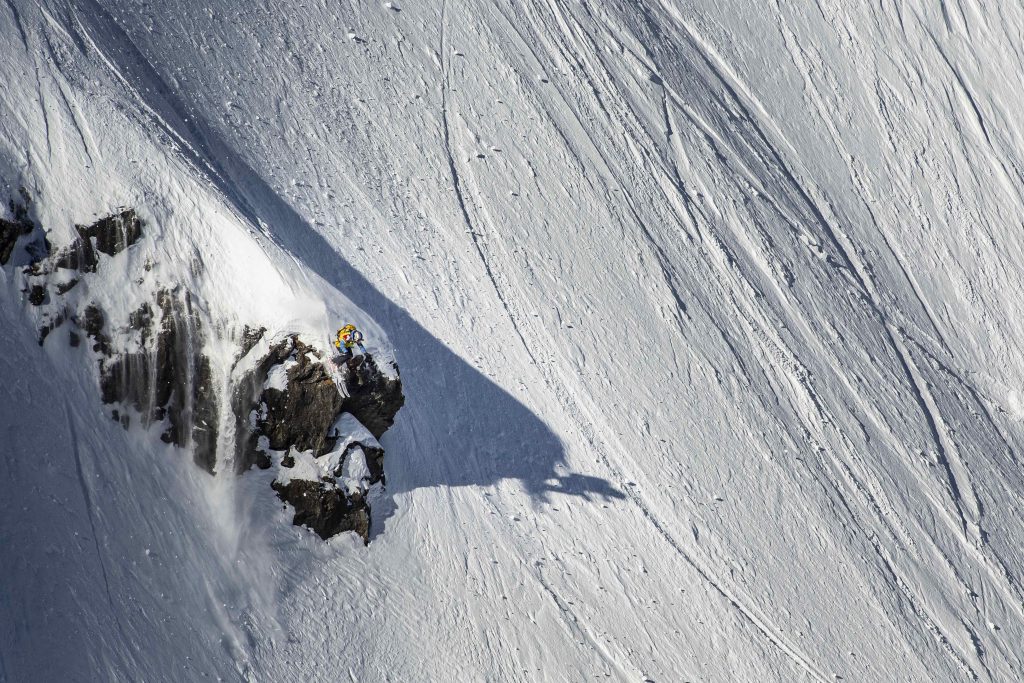 That’s an understatement! Congrats to Arianna and all the other FWT competitors for an amazing season. Enjoy the summer and see you next winter.

MORE FROM THE FREERIDE WORLD TOUR 2019:

2019 FREERIDE WORLD TOUR FINALS – WE WERE THERE

THE FREERIDE WORLD TOUR – TOP 5 BACKFLIPS OF ALL TIME