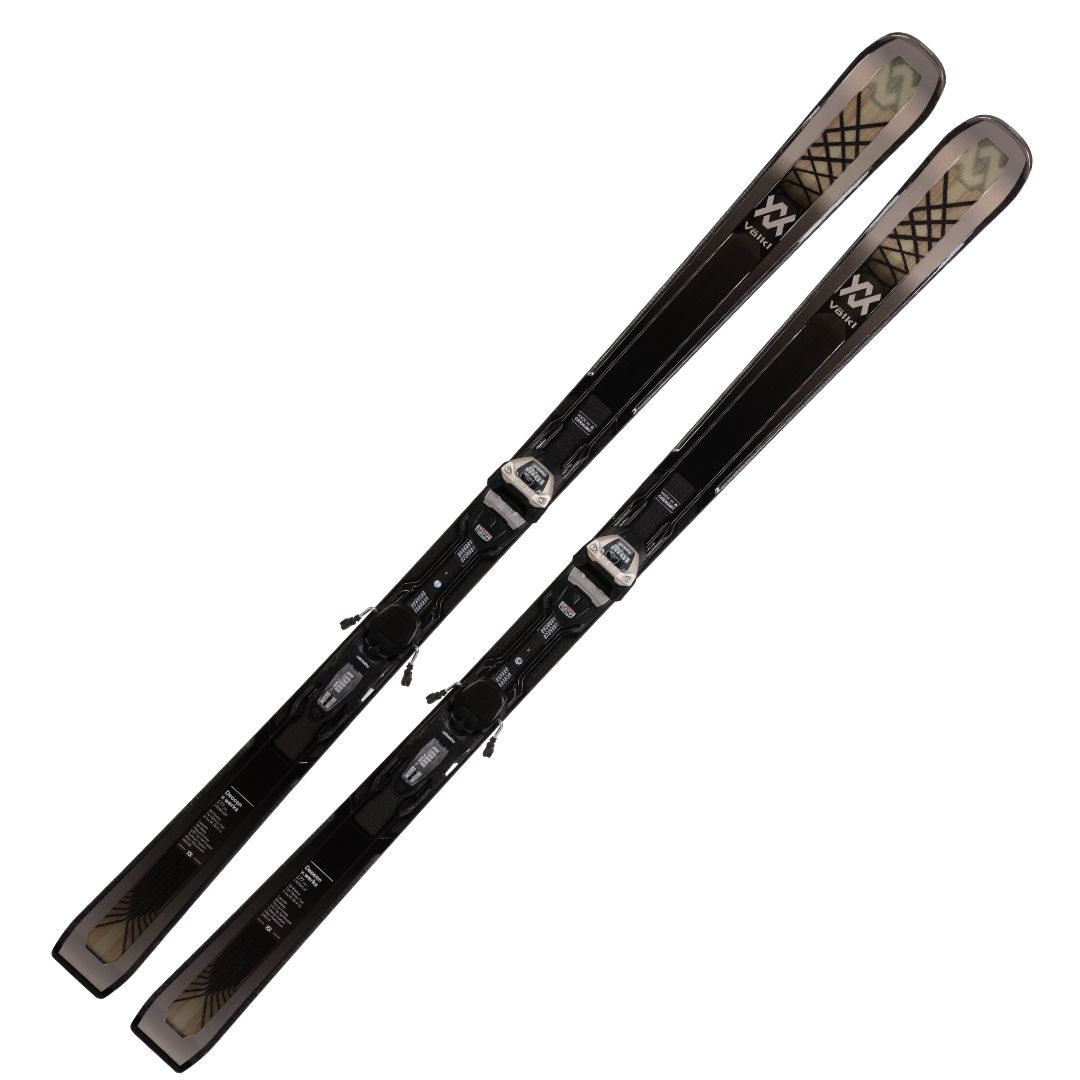 “Sod the expense – it’s completely clear you’re getting what you pay for!”

Dickie was grinning like he’d found an Anglo-Saxon hoard after a couple of runs on the Deacon V-Werks.

“I like trying the most expensive ski on test to make me realise how good everything half the price is, but this time…” Völkl have taken their incredible Deacon 84, added lightness, responsiveness and lots of directional carbon lay-ups, and also removed any change from a fruity £1200.

The result is one of the most effortless ways to tit around on skis we’ve ever come across.

Normally a poppy twin tip leaves us with a grin this big, followed by a sore hip when it blows out carving at speed after getting too excited. Not a chance on this – it skips and frolics at lower speeds, zinging you from edge to edge.

Chopped snow is scampered through with tiny tweaks and you find yourself changing direction in every possible way – flat pivot, smear or carve. All turn types are available, which was one of the biggest surprises – we expected a 97% piste machine with a bit of width, but the Völkl Deacon V-Werks is a true frontside slayer.

The spec should be explored because you want to know what’s costing the cash and indeed why it has such an impact underfoot.

Lee is your man for this: “It’s a Deacon 84 on acid! There’s a Titanal frame as per the Deacon 84 with a triple radius sidecut, but it starts getting different with tailored carbon placement, so the stiffness changes depending on how the carbon is laid up. So it’s ever so slightly softer and then progressively stiffens into the shovel as you drive further Into the ski. The effect is a very smooth initial start to the turn but then the grip turns up to max! The fibres that run aft are splayed to give drive and energy through the tail of the ski to help drive the finish of your turn. It’s mucho fun, with so much grip you wonder when it will let go.”

The core is poplar and beach, and the result is that each ski is 300 grams lighter than a standard Deacon.

Strength is still built in – there’s a full carbon plate under the binding, which is integrated to pass your instructions directly to the ski. And there’s a race standard base, obvs.

A touch too spendy? Then the straight up Deacon 84 and 80 will similarly impress for less 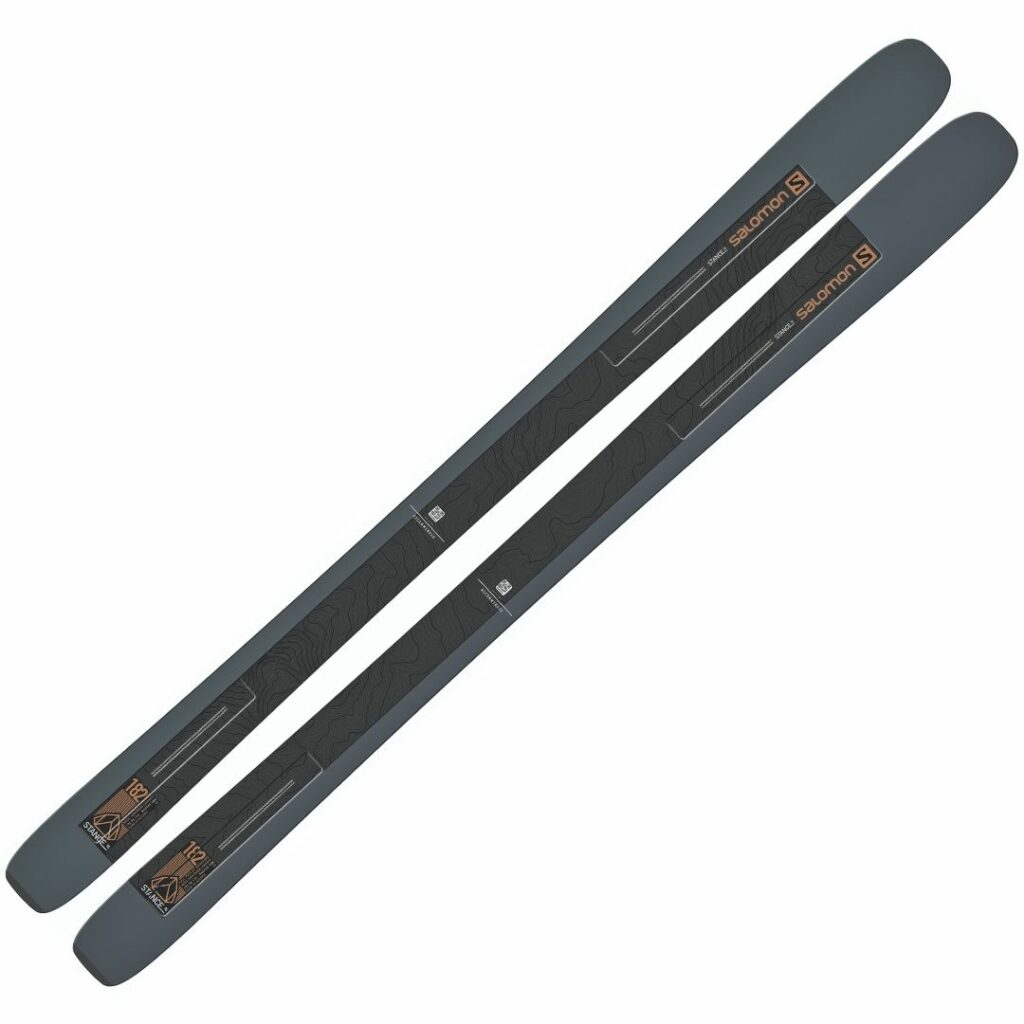 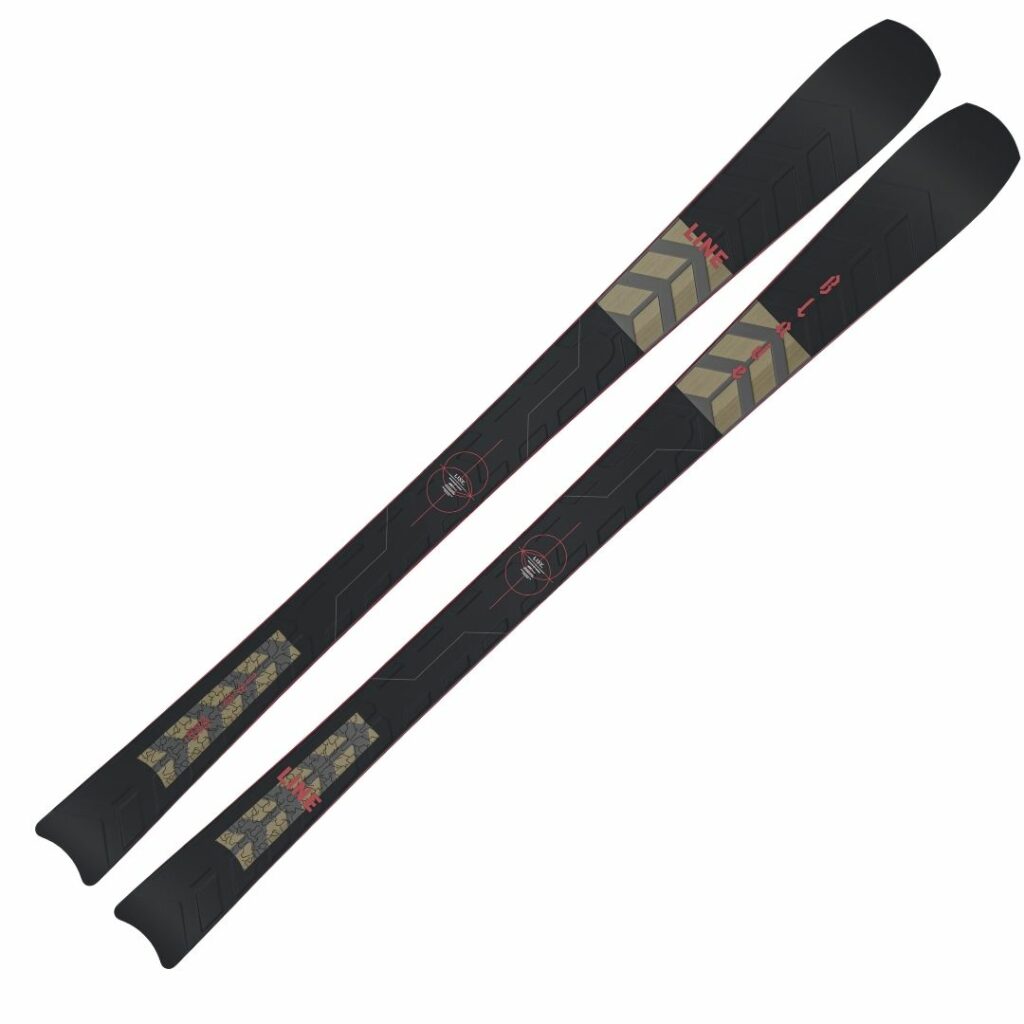 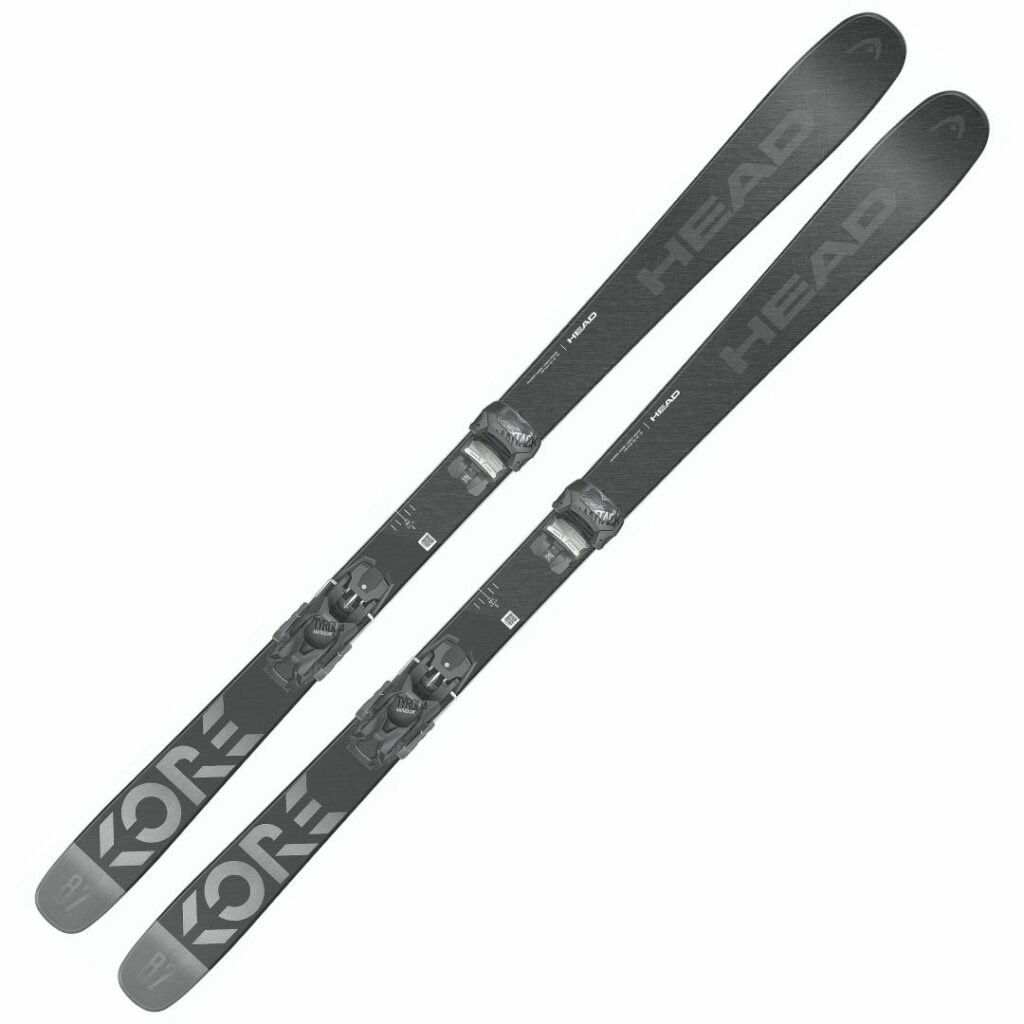 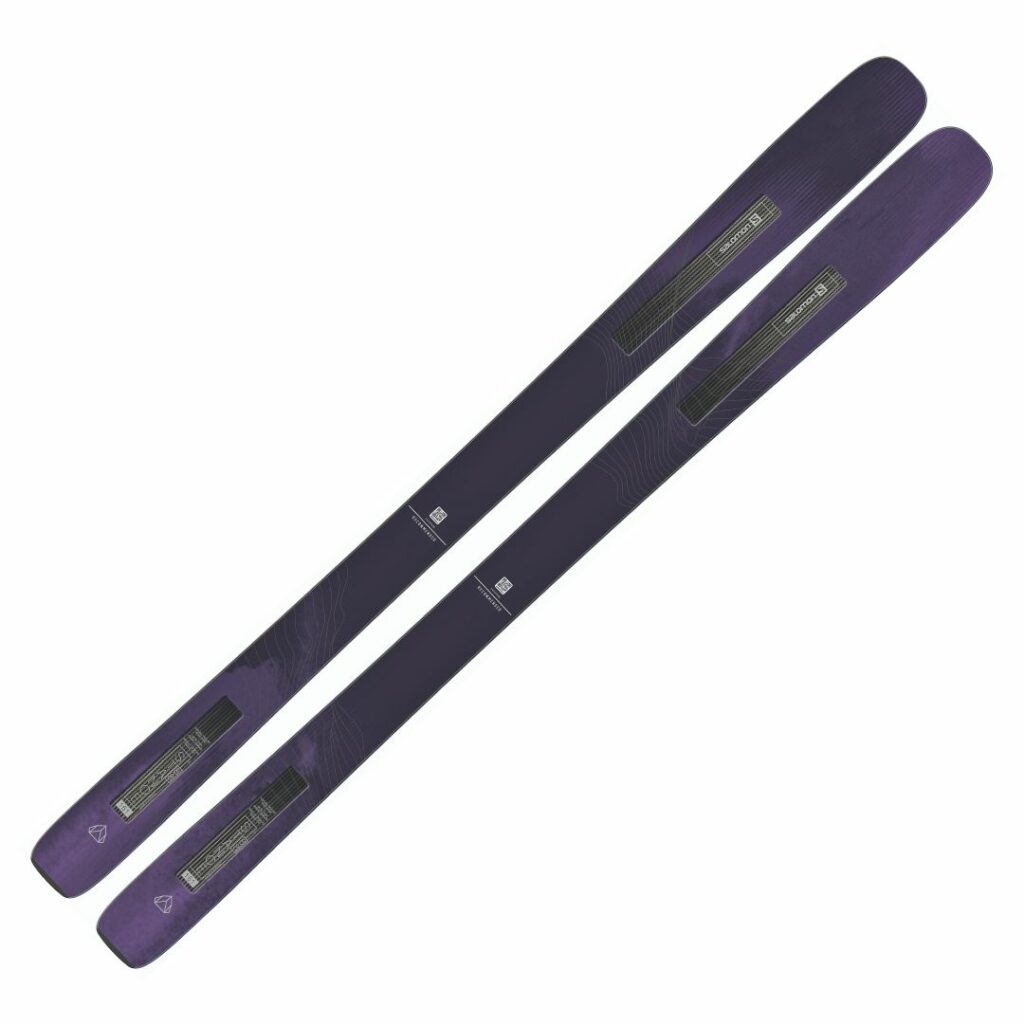 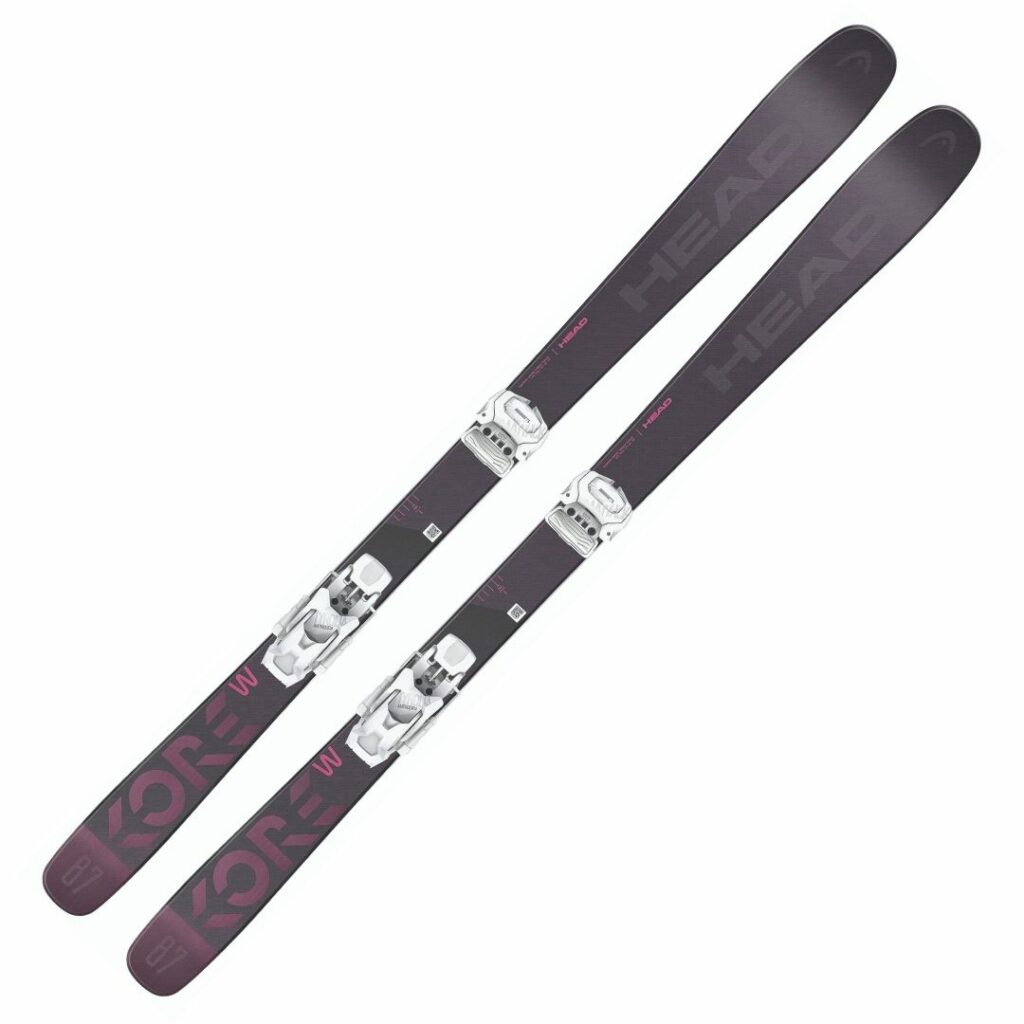 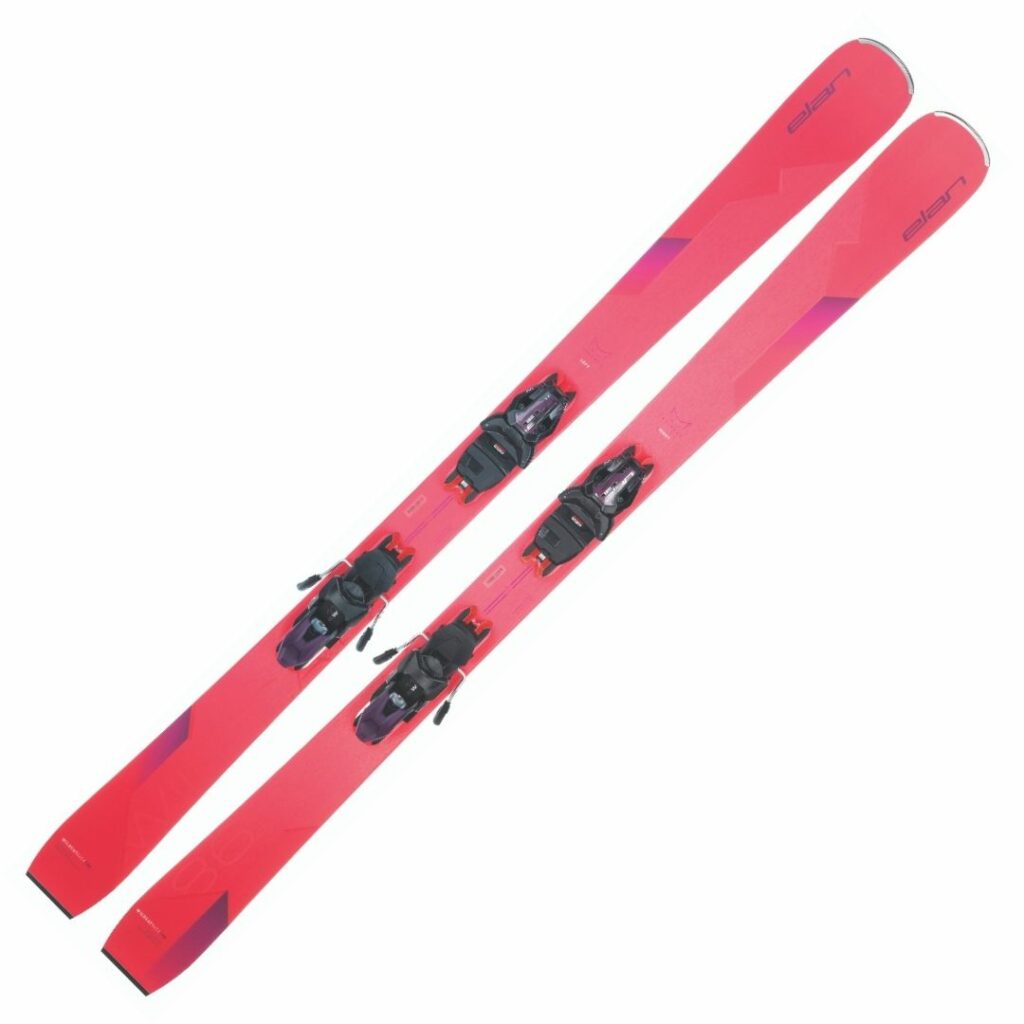