The past 30 years has seen epic shifts in the way ski resorts are run. But, despite positive change, our skiing is far from safe, says Patrick Thorne. 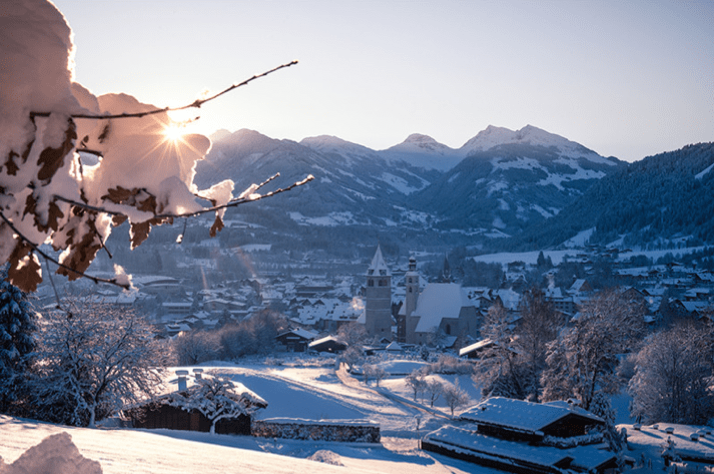 When did we start to worry about climate change and its impact on snow?

I’ve been following developments in ski resorts every year for more than 30 years and I recall back in the 1980s and 90s it was still an era of fast expansion with new runs cut and environmental objectors to these projects portrayed as, essentially, unrealistic hippies.

Then in the late 1990s ski areas largely stopped growing and the onus switched to spending on snowmaking and a ‘better experience’ (more gondolas and chairlifts).

Ski areas were shifting their position on the environment in the early noughties when climate change burst into the public consciousness in 2007. A report by the Organisation for Economic Co-operation and Development (OECD) painted a bleak picture for snow cover in the Alps, particularly below 2000 metres, predicting it would be largely gone by 2050.

Media organisations around the world struggled to find examples of climate change damaging ski resorts and initially focused on Kitzbuhel, a leading resort with all of its skiing below 2000m, so their thinking went a likely an early victim of the report’s predictions.

But then word spread that the ski slopes at the little French village of Abondance in the Portes du Soleil were to close for good. The reality was that like many low-lying, small, municipally run ski areas it had been running at a loss for years. Climate change was a factor but just part of the picture.

The same was happening at hundreds of small, low ski villages that few people had ever heard of around the world, but Abondance fitted the narrative and the story appeared in media outlets across the globe.

Some were more vociferous than others and reached the stage of almost blaming ski areas for the climate change they were about to fall victims of, painting them as the epitome of human excess and exploitation of the natural world.

Since 2007 though, the way ski areas are run has shifted dramatically. Many now run their entire businesses to the highest global measures of environmental management (the ISO 14001 programme is particularly popular). Quite a few now employ the environmentalists they might once have argued with on their staff.

Many are now 100% green powered and those not there yet are striving in the right direction: Serre Chevalier announced it was to become, it believes, the first resort powered by three different renewable sources (wind, hydro and solar), with power generated on-site representing 30% of its consumption by 2021 and Laax aiming to become fully green power self-sustaining too.

But there are still some very big questions hanging over the wintersports industry and opinions are divided. 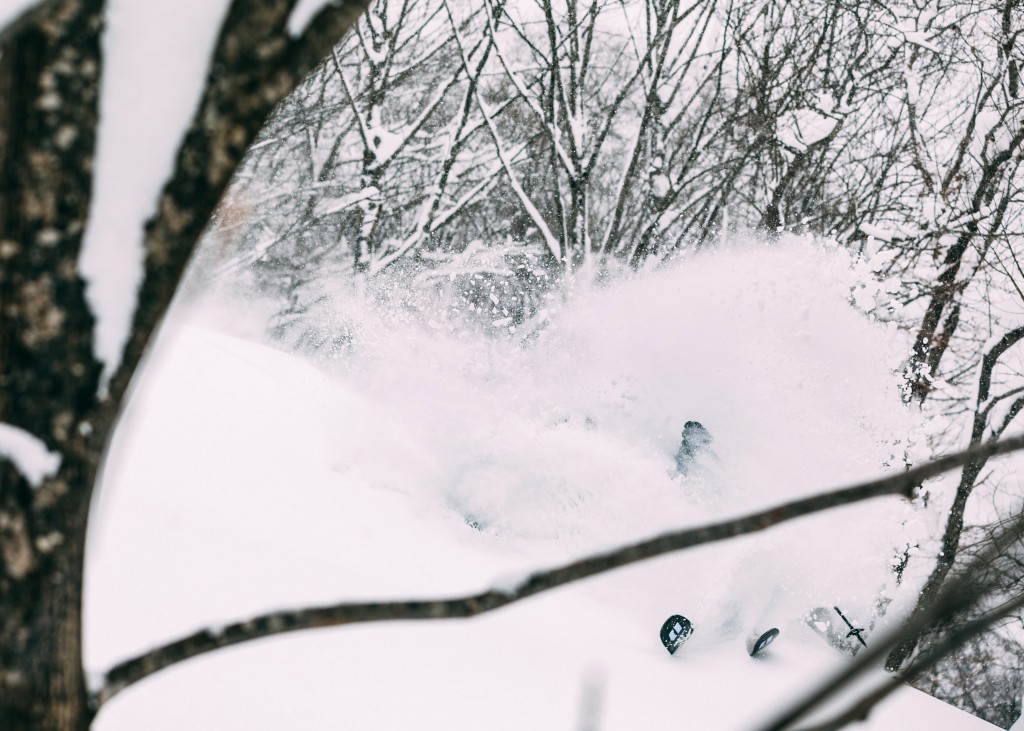 Does saving snow start at home?

The biggest issue is where to focus. We tend to look at what ski areas themselves are doing and can now take inspiration from that. But the reality is that most of the CO2 emitted by the ski businesses worldwide isn’t coming from the resorts, it’s coming from the tens of millions of us travelling to them each year by air.

The second issue is that the source of the damage to the climate, as a whole, isn’t happening so much in the mountains, but down in the cities.

Should the focus to save snow start at home, 365 days a year, not just be something we think about when planning our annual snow trip?

If we really believe there’s a climate emergency and that the future of winter sports (first) and then the planet as a whole is at risk, should we really still be flying to go skiing, particularly long haul to that fabulous powder in Utah, BC or Hokkaido?  The scientists have calculated that doing so emits hundreds of times more CO2 than taking a train to the French Alps.

And wherever we ski, are activities like heliskiing ever morally defensible by that measure?

It can quickly get confusing. Particularly as the luxury end of the ski market does a very good job of covering the backs of those able to buy their services.

Blackcomb Helicopters in BC began to offer “carbon neutral tourism flights” last year for example. They still emit a chunk of CO2 per heli-skier but they measure the greenhouse gases that they emit during each hour of flight and ‘mitigate’ them by purchasing carbon offsets for the Quadra Island Forestland Conservation Project. This project cancels out the equivalent amount of greenhouse gases emitted and ensures that 418 hectares of forestland along the coastline – previously designated to be logged or converted to vacation homes – is now protected parkland.

That’s good, right? Well perhaps… unless the wood is still needed and the trees are cut down somewhere else? 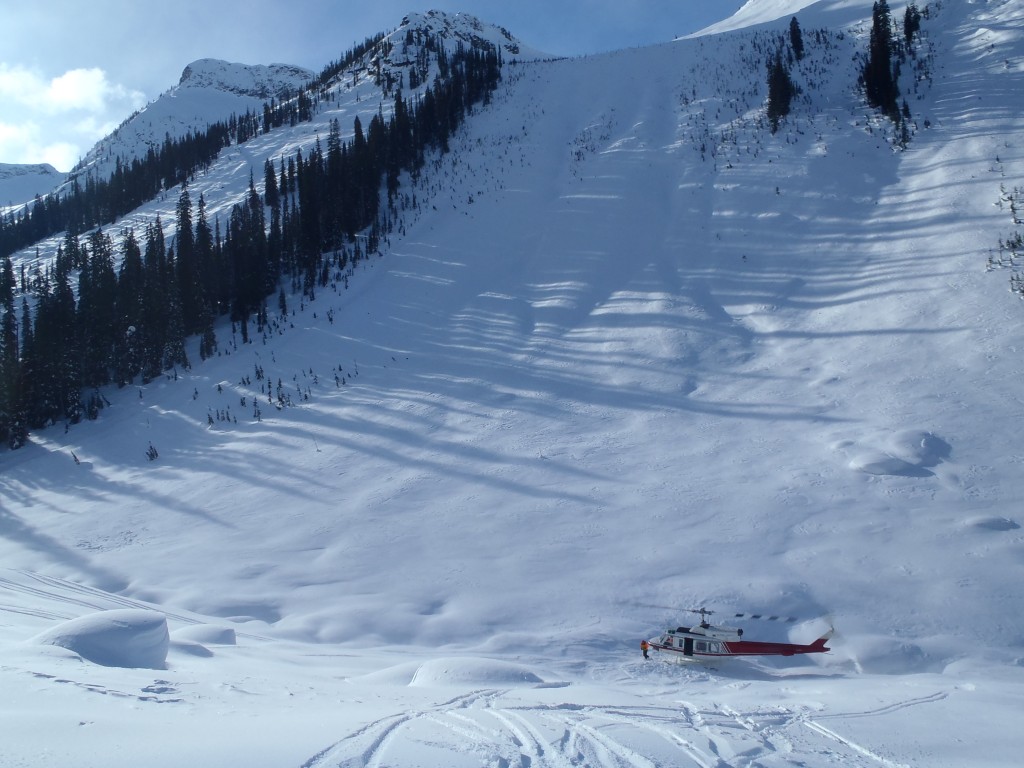 You also have a resort like Aspen, one of the most proactive in the fight against climate change, investing in a carbon capture scheme from a former mine which both stops historic CO2 emissions and generates green electricity that covers all of its energy needs. At the same time though there’s chronic overcrowding of the local airport by private jets trying to reach that green skiing paradise.

Conflicting facts like these can cause confusion which climate-change deniers use to their advantage. Since that 2007 OECD report Kitzbuhel has fought tooth and nail to maintain a reputation as a snowsure resort. It has published stats on 50 years of annual snowfall data which don’t show a lot of change – if anything the season starting later and more intense snowfall when it comes seems to be the trend.

The famous Tirolean resort has also used snow-farming techniques to become the first ski area without a glacier to open in the Alps in early October each year and to stretch the season out to 1 May at the other end for a 200-day winter.

Alas using snow farming and ever bigger snowmaking arsenals to pump out snow when it’s cold enough does not change the fact that it’s getting warmer year on year, most glaciers are melting alarmingly fast even though we throw covers over them or (as is the case at Les Deux Alpes), try snowmaking to rebuild them, and the future looks pretty bleak for snow cover.

How best to reach the slopes?

Based in the UK and flying to the Alps, around 60-70% of our CO2 emissions for the ski holiday come from our flights there and back, whereas if we head to North America or Japan the flights might be 95% of those emissions (which are also far higher overall).

In other words, Aspen and Whistler maybe be two of the ‘greenest’ ski areas in the world, by some measures, offering carbon-neutral holidays once you’re there, but getting to them from Europe emits far more CO2 than flying to a resort in the Alps that isn’t trying to do anything on climate change at all.

So if we want to have a lower CO2 ski holiday we need to think about skiing locally and how we get there – rail or electric car being good options, but coach travel or filling an efficient petrol car also strong contenders for minimising CO2.

Piers Forster, director at the Priestley International Centre for Climate at the University of Leeds, himself a keen skier and ski tourer, is an expert in this area and has looked at the impact of different modes of travel to different ski destinations in in detail.

“Ski holidays can be very low carbon if you go to Europe and travel by train (especially through France). France and Norway have virtually zero carbon electricity and trains so either travel by train or fit 5 people in a Tesla,” says Piers.

A study he carried out into the CO2 emissions per person travelling to ski resorts found that flying to Colorado from London was likely to emit more than 350 times the CO2 that a rail trip to the French Alps does.

For those who are concerned about climate change, and probably even those who aren’t, Piers’s advice is rather stark.

“Go skiing by train whilst the snow lasts. Talk about impact of climate change and what you are doing to get your friends and family on board and make your workplace zero-carbon,” he says.

“Make green choices at home. Reduce your own emissions and that of your family as much as possible. Any residual emissions do offset as it’s the only way to stop continued global warming to get net emissions to zero. Offset by planting trees. As long as the trees aren’t chopped down at a later date this will really suck up carbon from the atmosphere.” 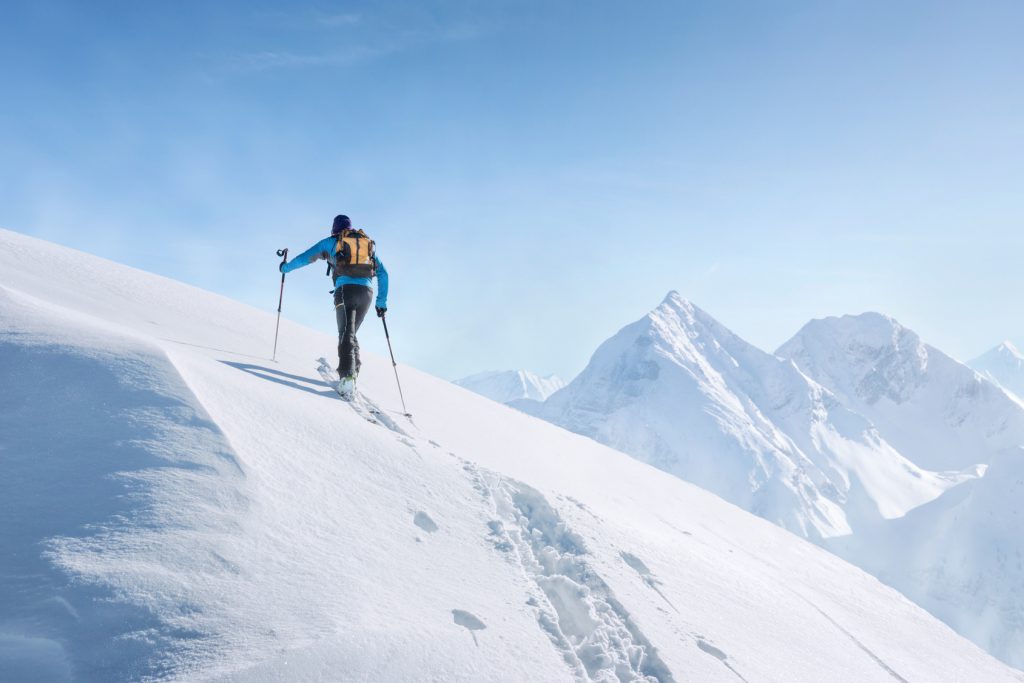 Piers’s other top tips for greener skiing include travelling light, ‘earning your turns’ by skinning up the mountain rather than taking the lift and avoiding buying new gear for the sake of it. “But if you do this,” says Piers, “look at brands like Patagonia which have zero carbon production processes and a repair service.” He adds: “Whether on holiday or at home, turn down the thermostat, wear a jumper, eat less meat and generally avoid unnecessary purchases and waste.”

Whether we all have the willpower to follow Piers’s advice remains to be seen. The teenage Swedish climate activist Greta Thunberg has set the example for skiers heading to different continents by choosing to sail to North America rather than fly.

But the evidence is that what the ski resorts are doing themselves on the environment is almost an irrelevance compared to the need for us all top think very hard about where we go skiing, how we get there, and what we’re each doing to fight climate change the other 50 or so weeks of the year at home.