There might be a mere four days of competition left in the PyeongChang Winter Olympics but they’re most definitely not over yet. Today saw Billy Morgan grab the final qualifying position in the first ever Men’s Olympic Big Air competition, a particularly impressive feat given the quality of men in the field. So fearsome was the competition that fellow GB riders Rowan Coultas and Jamie Nicholls didn’t make the grade, completing in 17th and 23rd position overall. As Billy said:

“The standard is mental, everyone has been killing it. I would need a lot of luck to podium now after seeing what’s going on. But anything can happen, I will try my best.”

We’ll be backing him at the finals, which take place at 02.00 GMT on Saturday.

Stoked to make it to finals with such a high standard. My boys sent it but just missed out on spots. 👊 @teamgb @visauk #pyeongchang2018

Unfortunately, our Scottish cross-country duo Andrew Musgrave and Andrew Young couldn’t quite make it through to the Men’s Team Sprint final, finishing 12th overall. Muzzy isn’t through with the Games yet though: he’ll be back on our screens on Saturday for the Men’s 50km Classic event (05.00 GMT), determined to improve upon his already historic performances in the Skiathlon and 15km Free events.

In the meantime, tomorrow brings excitement in the form of the last blue riband Alpine event, the Men’s Slalom (01.15 and 04.45 GMT). We’ll be watching closely in the hope that Dave Ryding, who secured Britain’s best Alpine result for 35 years with World Cup silver in Kitzbühel last January, will give the world’s best a run for their money. Look out Marcel Hirscher and Henrik Kristoffersen, the Rocket is coming after you!

We’ll also be egging on Emily Sarsfield in tomorrow’s Women’s Ski Cross seeding run (01.00 GMT). With a whopping 22 Top 20 World Cup finishes to her name, Emily is making her long-awaited Olympic debut after injury foiled her attempts to compete at the Vancouver 2010 Games and she narrowly missed out on selection for Sochi.

In other Olympic news, there were more tears for Lindsey Vonn, who was pushed down into the bronze medal position in this morning’s Women’s Downhill by Sofia Goggia (Italy) and Ragnhild Mowinckel (Norway). The Norwegians are enjoying an epic Games, currently topping the medals table with 33 medals in total, including 13 golds. That tally was strengthened today by Mowinckel’s silver; a third PyeongChang gold for the 21-year-old Johannes Klæbo at the Men’s Cross-Country Team Sprint Free; and a bronze for Marit Bjørgen in the Women’s Cross-Country Team Sprint Free. Aged 37, Bjørgen is now the most decorated Winter Olympian of all time with 14 medals to her name. 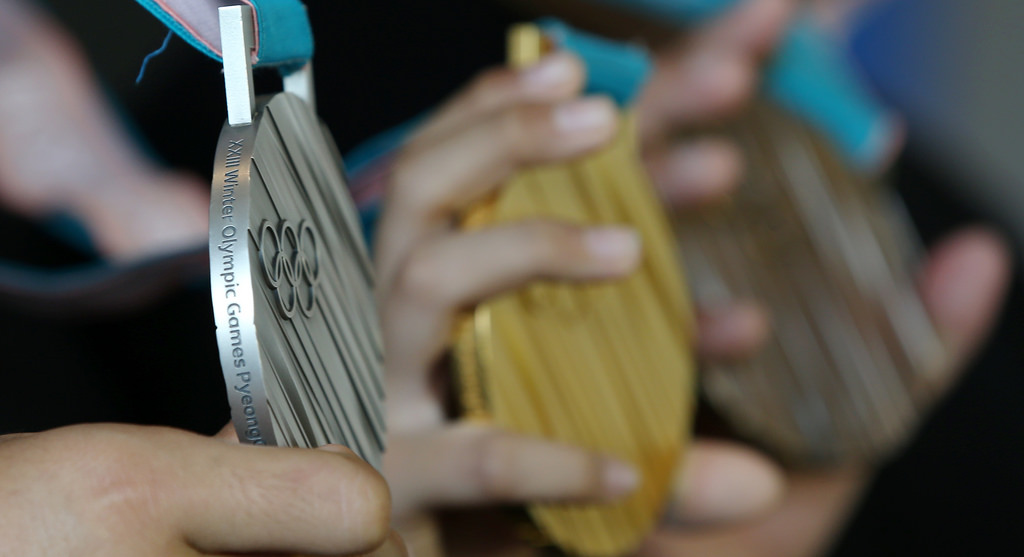 So what’s the secret of Norway’s success?

Could it be the delivery of 15,000 eggs to the team at beginning of the Games? (See our Winter Olympic Daily Update #2 for more details on this “eggcident”.) Or maybe it’s the fact that each athlete has his/her very own cheese slicer with which to prepare traditional Norwegian cheese sandwiches, thus preventing germs from spreading. Or maybe it’s got something to do with the fact that Team Norway’s skiers and biathletes aren’t staying in the Olympic Village but in a remodelled hotel equipped with new beds, black-out curtains and an indoor roller-skiing treadmill. According to the Norwegian newspaper Aftenposten, the hotel revamp cost NOK 21 million (£1.9 million). Compare that with the total funding of Team GB’s entire ski and snowboard crew (£5.1 million) and maybe we should treat our athletes to some extra eggs at the 2022 Tokyo Games…